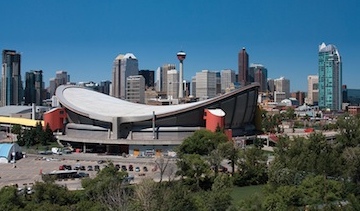 TORONTO—A new TD Bank report says Alberta’s current economic downturn will probably be the province’s longest since the 1980s, and deeper than the short, sharp drop in 2009.
It estimates Alberta’s economy will contract 6.5 per cent over 2015 and 2016—making its impact on output comparable with 2009, when real gross domestic product shrank by 5.5 percent over a year period before there was a strong recovery.
TD’s seven-page report says several factors are offsetting some impact from current low oil prices, including the loonie’s fall and a strengthening American economy, which have helped Alberta’s exports outside the energy sector.
The bank’s Alberta analysis follows a revised estimate of Canada’s provincial economies that TD released last week.
TD currently estimates Alberta’s GDP will shrink by three per cent in 2016, twice as much as the March forecast.

Officials apologize as over 80,000 civil servants have issue getting paid