Amazon union could face a tough road ahead after victory

By Haleluya Hadero THE ASSOCIATED PRESS On Apr 25, 2022
Share

NEW YORK (AP) — In the aftermath of their hard-won labor victory, Amazon workers in the New York City borough of Staten Island popped Champagne, cheered their victory and danced in celebration. But their jovial attitude will be tested by a company that seems likely to drag its feet to the bargaining table. 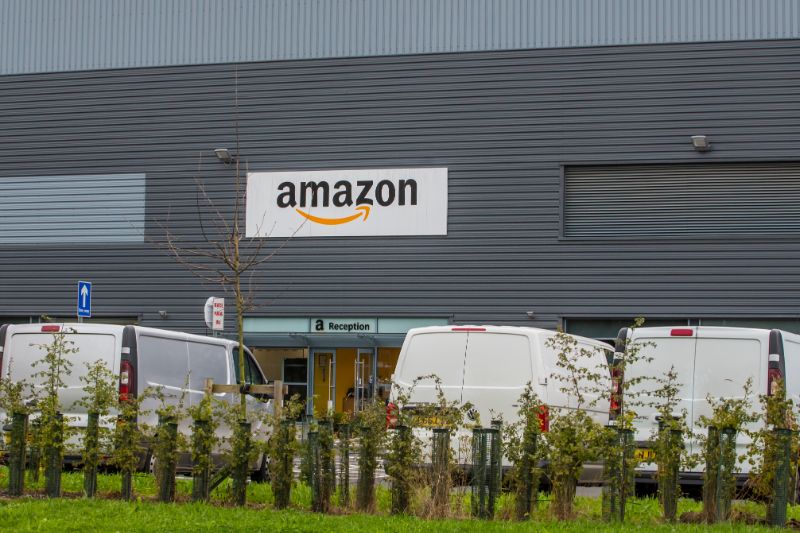 Among other things, the nascent Amazon Labor Union, or ALU, has said it wants longer breaks for warehouse employees, more time off and a dramatically higher minimum hourly wage of $30, up from just over $18 an hour now at the Staten Island facility.

To achieve anything close to that, the grassroots union would need to negotiate a contract with Amazon that both sides, as well as union members, agree on. Doing so could prove difficult.

Amazon is seeking to overturn the election, having argued in a filing with the National Labor Relations Board this month that the vote was tainted by organizers and by the board’s regional office in Brooklyn that oversaw the election. On Friday, the company submitted material to support its objections in a filing to the agency. A spokeswoman for the labor board said the agency won’t make that filing public while the case is still open. A separate NLRB regional office in the Southwest will likely hold hearings and decide whether to certify the results.

If Amazon’s effort fails, it could appeal to the national labor board, whose Democratic majority is expected to favor the fledgling union. But even in cases when the agency upholds a union victory, companies often refuse to negotiate — a stance that can trigger lengthy legal battles in federal court as a backdoor way to thwart labor victories.

Data compiled in 2009 by Kate Bronfenbrenner, a labor expert at Cornell University, found that fewer than half of unions obtained their first contract within a year of winning an election, and 30% didn’t secure one within three years. In the meantime, time ticks away as workers are left in a state of uncertainty.

John Logan, director of Labor and Employment Studies at San Francisco State University, says anti-union companies have traditionally taken the view that even if they lose an election, the battle isn’t truly lost until a union contract is signed.

“There’s every incentive for them to delay the process at every opportunity,” Logan said. “Law firms and consultants who specialize in continued avoidance activity have, for years, told employers explicitly, `Time is on your side.'”

Even if Amazon goes to federal court and fails, it could still cause a contract delay and potentially blunt some of the momentum a union victory might create. Chris Smalls, the fired Amazon worker who leads the Amazon Labor Union, has said that since the group won its election earlier this month, workers from more than 100 Amazon facilities in the US have contacted the union about organizing their own workplaces. A neighbouring Amazon warehouse on Staten Island, which has roughly 1,500 workers, is set to have its own union election this week.

Experts say delays for a contract can frustrate such union campaigns and undermine employee confidence in organized labor. The result can be a weak contract or diminished interest among workers in organizing.

If Amazon pursues a protracted legal battle before agreeing to a contract, the number of employees at the warehouse who voted for the union would also likely dwindle. Amazon is known for its high turnover rate — up to 73 per cent at the unionizing warehouse in the past two years alone, according to a recent court filing by the company.

One way workers can push back is by employing a strike. That, of course, carries its own risks. Michael Duff, a former NLRB lawyer who teaches at University of Wyoming College of Law, noted that Amazon could replace any striker with a substitute worker, potentially leaving strikers out of a job for months or even years.

Some unions have funds to help out-of-work strikers stay afloat. But sustaining such support can be burdensome for unions. It’s also difficult for workers to survive long strikes, Duff said, something that employers know well.

Connor Spence, an Amazon employee who is ALU’s vice president of membership, says the nascent union is ready to pressure the company by making its case through the news media and by engendering public sympathy. According to a Gallup poll from August, public approval of unions is at its highest level since 1965.

Spence said ALU organizers, who appeared recently at a virtual event with Sen. Bernie Sanders, a longtime champion of labor causes, will also try to persuade lawmakers to lean on the retailer.

“But at the end of the day, it’s collective action that works,” Spence said.

Organizers could deploy a strike or a walkout to disrupt Amazon’s operations on Staten Island, Spence said, noting that walkouts have occurred at other Amazon facilities in recent months. The group also plans to set up a strike fund, using donations collected through its GoFundMe page.

For now, organizers are focused on a rematch with Amazon at the neighbouring Staten Island warehouse known as LDJ5. A victory there would give Amazon workers additional leverage during any potential strike or walkout.

Amazon and its CEO, Andy Jassy, have said that while it’s up to employees to decide whether to join a union, they believe they’re better off not doing so. To press its argument, the company is continuing to hold mandatory anti-union meetings for workers — a practice that the labor board’s top prosecutor is trying to get outlawed.

Organizers have previously accused Amazon of confiscating union flyers from the LDJ5 warehouse. Last week, the union filed a complaint with the NLRB, asserting that Amazon has unlawfully barred it from displaying a pro-union sign in the break room. Organizers say workers had been able to display the same sign at JFK8, the neighbouring facility that voted to unionize.

Seth Goldstein, a lawyer who is providing pro-bono legal help to the union, contended that Amazon managers told workers that it was against company policy to display the sign but didn’t specify the policy and threatened discipline. An Amazon spokesman said some workers had “erected a banner in violation of company policy” but declined to say why the same banner was allowed to be displayed in the nearby warehouse.

“It’s an information war,” said Madeline Wesley, one of the organizers who works at the LDJ5 warehouse. “It’s not going to stop us. But we’re going to have to be a little careful, making sure that no one gets to the point where they’re starting to get seriously disciplined or lose their job.”

CN Rail pledges to beef up francophone presence on board