As robots take over warehousing, workers pushed to adapt 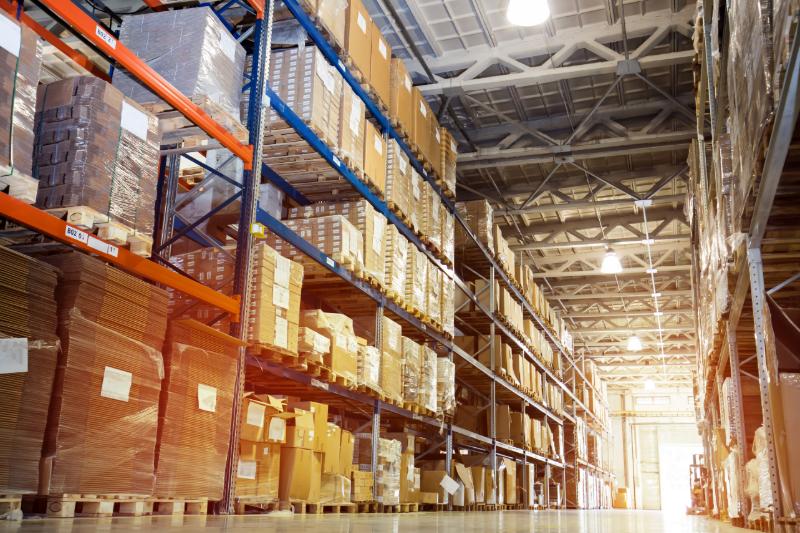 Doing your job side-by-side with robots isn’t easy. According to their makers, the machines should take on the most mundane and physically strenuous tasks. In reality, they’re also creating new forms of stress and strain in the form of injuries and the unease of working in close quarters with mobile half-ton devices that direct themselves.

“They weigh a lot,” Amazon worker Amanda Taillon said during the pre-Christmas rush at a company warehouse in Connecticut. Nearby, a fleet of 6-foot-tall roving robot shelves zipped around behind a chain-link fence.

Taillon’s job is to enter a cage and tame Amazon’s wheeled warehouse robots for long enough to pick up a fallen toy or relieve a traffic jam. She straps on a light-up utility belt that works like a superhero’s force field, commanding the nearest robots to abruptly halt and the others to slow down or adjust their routes.

“When you’re out there, and you can hear them moving around, but you can’t see them, it’s like, `Where are they going to come from?’,” she said. “It’s a little nerve-racking at first.”

Taillon says she’s gotten used to working with robots — something Amazon and its rivals are increasingly requiring warehouse employees to do. Amazon now has more than 200,000 robotic vehicles it calls “drives” that are moving goods through its delivery-fulfilment centres around the US. That’s double the number it had last year and up from 15,000 units in 2014.

Its rivals have taken notice. Many are adding their own robots in a race to speed up productivity and bring down costs.

Without these fast-moving pods, robotic arms and other forms of warehouse automation, retailers say they wouldn’t be able to fulfil consumer demand for packages that can land on doorsteps the day after you order them online.

But while fears of fully automated warehouses haven’t come to fruition, there are growing concerns that keeping up with the pace of the latest technology is taking a toll on human workers’ health, safety and morale.

Warehouses powered by robotics and artificial intelligence software are leading to human burnout by adding more work and upping the pressure on workers to speed up their performance, said Beth Gutelius, who studies urban economic development at the University of Illinois at Chicago and has interviewed warehouse operators around the US.

Much of the boom in warehouse robotics has its roots in Amazon’s $775 million purchase of Massachusetts startup Kiva Systems in 2012. The tech giant re-branded it as Amazon Robotics and transformed it into an in-house laboratory that for seven years has been designing and building Amazon’s robot armada.

Amazon’s Kiva purchase “set the tone for all the other retailers to stand up and pay attention,” said Jim Liefer, CEO of San Francisco startup Kindred AI, which makes an artificially intelligent robotic arm that grasps and sorts items for retailers such as The Gap.

A rush of venture capital and private sector investment in warehouse robotics spiked to $1.5 billion a year in 2015 and has remained high ever since, said Rian Whitton, a robotics analyst at ABI Research.

Canadian e-commerce company Shopify spent $450 million this fall to buy Massachusetts-based startup 6 River Systems, which makes an autonomous cart nicknamed Chuck that can follow workers around a warehouse. Other mobile robot startups are partnering with delivery giants such as FedEx and DHL or retailers such as Walmart.

Warehouse work is transforming in a way that the head of Amazon Robotics says can “extend human capability” by shifting people to what they are best at: problem-solving, common sense and thinking on their feet.

“The efficiencies we gain from our associates and robotics working together harmoniously — what I like to call a symphony of humans and machines working together — allows us to pass along a lower cost to our customer,” said Tye Brady, Amazon Robotics’ chief technologist.

Brady said worker safety remains the top priority and ergonomic design is engineered into the systems at the beginning of the design stage. Gutelius, the University of Illinois researcher, said that the aspiration for symphonic human-machine operations is not always working out in practice.

“It sounds quite lovely, but I rarely hear from a worker’s perspective that that’s what it feels like,” she said.

Gutelius co-authored a report published this fall that found new warehouse technology could contribute to wage stagnation, higher turnover and poorer quality work experiences because of the way AI software can monitor and micro-manage workers’ behaviours.

A recent journalistic investigation of injury rates at Amazon warehouses from The Center for Investigative Reporting’s Reveal found that robotic warehouses reported more injuries than those without.

The Reveal report found a correlation between robots and safety problems, such as in Tracy, California, where the serious injury rate nearly quadrupled in the four years after robots were introduced.

No injuries in BC train derailment: CN