The “greening” of Aurora, Ontario is set to continue — one vehicle at a time. 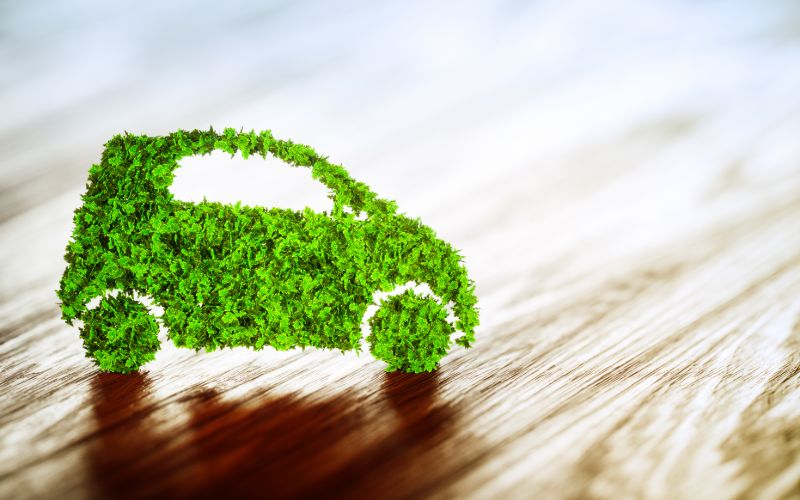 This week, Council is expected to give its approval, subject to budget implications, of a Green Fleet Action Plan, a plan which will chart a course to turning vehicles used for municipal purposes, such as public works, over to electric, hybrid and biodiesel models.

While it will still be some time before medium and heavy-duty vehicles are electrified, the Town is keeping an eye on light duty electric trucks which recently hit the market for possible adoption as needs arise.

In the meantime, however, the Town earmarked three hybrid SUV vehicles as part of the 2019 and 2020 Capital Budgets. These will arrive sometime this year and will give municipal workers a chance to test the technology in the workplace while, says Parks and Fleet Manager Sara Tienkamp, “exploring the potential for rightsizing and converting to vehicles with lower emission options.”

2021 will also see a transition of existing diesel fleet vehicles to biodiesel fuels in a bid to reduce emissions.

“The short term (2022 to 2026) Capital Budget implications of the proposed GFAP (Green Fleet Action Plan) are estimated to be $105,000 to $110,000,” said Ms. Tienkamp in a report before last week’s General Committee meeting. “This includes funding for GPS hardware to outfit the Parks and Bylaw vehicles. In addition, potential exists to convert to hybrid models for a limited number of vehicles currently in the Capital Repair and Replacement 10-year plan. Based on manufacturers’ pricing, hybrid vehicles will require an additional 20 per cent funding to be included in capital requests for Council consideration upon endorsement of the GFAP.”

Dominating last week’s discussion was less the cost implications moving forward but the immediate impacts on residents, including a provision in the plan to move the public electric vehicle (EV) charging stations currently at Town Hall and the Aurora Community Centre to the Joint Operations Centre for sole use by parks and fleet.

Presently in place to allow residents to power up their EVs free of charge, a plan that was initially seen as a way to promote EV use within the community, the current models do not allow for a pay-for-use option.

David Waters, Director of Planning for the Town of Aurora, addressed the concerns expressed by Councillor John Gallo, who said the station outside of Town Hall was well used by residents. Mr. Waters said the Town is trying to access public money to increase the number of EV charging stations across the community and a policy for doing so is due to hit the Council table in March.

“They (the ones at Town Hall and the Community Centre) would be moved to the JOC where we would be using it for our own vehicles, but the other infrastructure we put in the community would simply recapture the cost of the actual electricity but provide the station,” added CAO Doug Nadorozny. “There will be some there, they will just be like all the other standardized ones where you will pay for the actual electricity you will be using.”

The fact these stations will ultimately be replaced with something else, albeit one that comes at a cost, was something Councillor Gallo said he was “fine” with, but Councillor Harold Kim questioned where the responsibility lay in the various levels of government to provide capital for these charging stations.

“There isn’t a clear-cut line,” said Al Downey, Director of Operations. “What we’re looking at is trying to reduce greenhouse gases, so that is the main reason we’re looking at electric vehicles and some of the infrastructure that is involved in them. It doesn’t seem to be anyone who is saying, ‘this is the way it should be done’ and being ultimately responsible for that.”

Councillors Rachel Gilliland and Wendy Gaertner welcomed the plan, with the latter underscoring the new anti-idling policy floated in it that will apply to municipal vehicles.

Going forward with pay-for-use charging stations “makes sense for efficiency,” she said, but wondered if whatever users are ultimately charged would cover just the cost of the electricity or whether the costs of the stations themselves would be factored in.

“The policy that will be coming out next month will deal with the rate for charging,” said Mr. Waters. “What we’re hoping to receive is some grant money to offset some of the cost and then the charging rate will be what the market is charging now for electricity? to try to make it as revenue neutral as possible.”

Added Councillor Gaertner: “If we don’t get the grant, can we think about how we can actually make it as revenue neutral as possible? We are providing a service and it would be nice if we could do it absolutely free, but we’re tight for money too. Maybe we can just defray it a bit.”