NEW YORK (AP) — A bid to unionize Amazon workers at a distribution centre in New York City neared an important milestone, as organizers prepared to deliver hundreds of signatures to the National Labor Relations Board as soon as Monday for authorization to hold a vote. 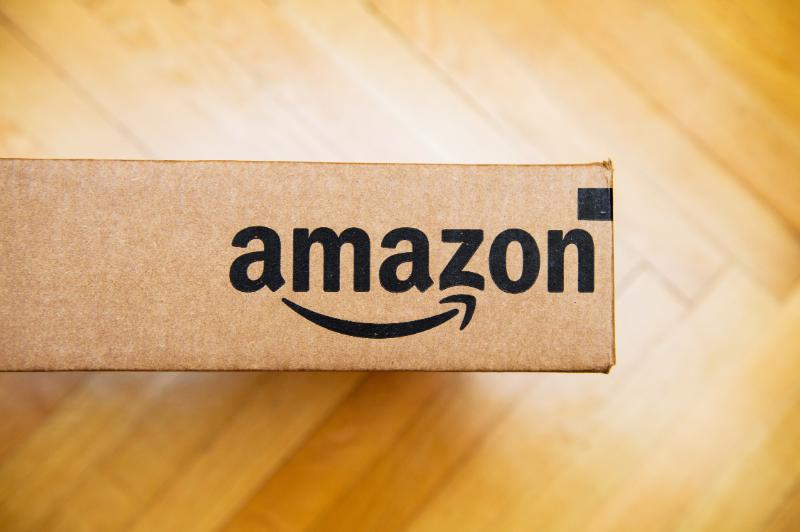 Organizers say they have collected signatures from more than 2,000 employees at four Amazon facilities in Staten Island.

The bid to establish the Amazon Labor Union in New York City is the second attempt in the past year to form a union at the nation’s largest online retailer. In April, workers at an Alabama facility overwhelmingly rejected forming a union in an effort led by the Retail, Wholesale and Department Store Union.

The union drive in New York City is working without the help of a national sponsor and is being led by a former Amazon employee, Christian Smalls, who said he was fired just hours after he organized a walkout to protest working conditions last year at the outset of the pandemic.

Organizers need to collect signatures from at least 30 per cent of the workers — about 7,000 in four Staten Island warehouses — who would be covered by the resulting collective bargaining agreement.

Amazon spokesperson Kelly Nantel said the company’s employees have a choice of whether or not to join a union but “we don’t think unions are the best answer for our employees.”

“Every day we empower people to find ways to improve their jobs, and when they do that we want to make those changes — quickly,” Nantel said. “That type of continuous improvement is harder to do quickly and nimbly with unions in the middle.”

The union efforts in Staten Island come as Amazon is on a hiring binge. It announced in September it wants to hire 125,000 delivery and warehouse workers and is paying new recruits an average of $18 an hour in a tight job market. That’s in addition to the 150,000 seasonal workers it plans to bring on this season.

The organizing drive is also happening during a moment of reckoning across Corporate America as the pandemic and ensuing labor shortage has given employees more leverage to fight for better working conditions and pay. Workers have staged strikes at Kellogg’s US cereal plants as well as at Deere & Co., Frito-Lay and Nabisco facilities nationwide.

“Worker discontent goes far beyond Amazon,” said Kent Wong, the director of the UCLA Labor Center. ”Workers are feeling the pinch. They are feeling tremendous economic insecurity and they know that corporate leaders at Amazon are making record profits. There is a lot of discontent that may fuel support for this campaign.”

Workers at other Amazon facilities are closely watching developments in New York City. Smalls said he’s been in discussions with other potential union organizers in about a dozen Amazon locations.

Amazon employees have complained about long work hours, insufficient breaks and safety, with Smalls and others likening working conditions to modern-day sweatshops. The employee turnover rate has also been a cause of concern.

“That’s been our focus — creating a better working environment for Amazon employees,” said Derrick Palmer, another union organizer who has worked with Amazon for the past six years. “They’re working 10 to 12 hours a day and on their feet for 10 hours.”

If the NLRB approves the signatures in Staten Island, it would mark the second unionization vote at an Amazon warehouse in less than a year.

The first election, in Bessemer, Alabama, garnered nationwide attention and put a spotlight on how Amazon treats its workers. It was the biggest union push in Amazon’s 27-year history and only the second time that an organizing effort from within the company had come to a vote. However, there could be a do-over vote in Alabama.

A hearing officer for the NLRB found in August that Amazon potentially interfered with the election. And the RWDSU is now waiting for a decision from an NLRB regional director to see whether the hearing officer’s guidance will be sanctioned. But even with a second election, labor experts say a union victory is a long shot.

The unionizing effort in Staten Island differs from the one in Alabama in part because of who is leading the charge — and where.

Wong noted that organizers in Staten Island face a less hostile union environment than Alabama — a right-to-work state that allows employees to decline union membership and not pay union dues. Moreover, there may be more sympathy and better response to the independent worker-run campaign that Smalls is spearheading versus the one led by the RWDSU.

“There is a certain David and Goliath quality to this campaign,” Wong said.

At the same time, there are downsides to going at it alone versus teaming up with a national retail labor union.

“They don’t have the same staff and resources, and that makes it challenging,” Wong said of the Staten Island effort. “This is an uphill battle.”

Already there is some friction starting to surface between the RWDSU and the independent effort in Staten Island. Smalls has been openly critical of national retail unions, calling them “a third party.” Stuart Applebaum, president of the RWDSU, said he takes issue with that.

“Unions are not third parties, and if you listen to Chris Smalls’ logic, it calls for the elimination of all organized labor in the United States, and that is just a mistake,” Applebaum said, adding, “Amazon is such an extraordinary force with inconceivable power and wealth. You need to have an organized effort with sufficient resources.”

Smalls counters: “Amazon’s been here 27 years now — if established unions were so great at organizing, wouldn’t they have done it already?”

“We’re trying something different,” Smalls went on to say. “And that’s the problem that I have with everybody who expect us to just join forces with these established unions. Why can’t we lead the way?”