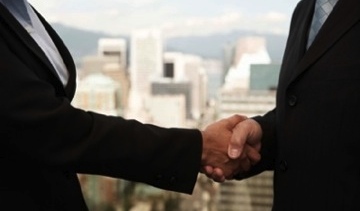 TORONTO—BlackBerry Ltd. is bulking up its security partnership with Samsung Electronics in an effort to attract more business customers.
The Waterloo, Ont.,-based smartphone company says it has locked in a new agreement that will integrate more of its services into Samsung Knox, the South Korean company’s mobile security platform.
The pact is the latest in a growing relationship between BlackBerry and Samsung, once smartphone industry rivals who are now combining some of their efforts to bolster a competitive stance against Apple Inc., which is making its own solo push into the business community—known within the industry as enterprise users.
BlackBerry chief executive John Chen said his company brings additional security features to the table that Samsung needed to improve its slate of software.
“Samsung is a consumer company and they intended to get into the enterprise space,” Chen said on a recent conference call with reporters.
“Enterprise needs a lot more than what the Knox offered.”
The joint announcemt comes just before the start of the Mobile World Congress trade fair in Barcelona, Spain on Monday.
BlackBerry’s WorkLife allows businesses to supply phones to their employees, but create a virtual divide within the device that allows it to operate as if it were two separate phones.
For instance, a company-owned phone can operate as both a personal and work phone, creating a split between work and personal phone calls, texts and data usage. It will be available through carriers later this year, though BlackBerry did not provide any specific target date.
SecuSuite software adds an extra level of security to the phone with encryption technology that makes voice and text communication “virtually tap-proof,” Blackberry said. The service will be available on Samsung Knox this fall.
Last year, BlackBerry announced an initial partnership with Samsung, giving owners of Samsung Galaxy smartphones and tablets the option of linking with BlackBerry’s new mobile security software, known as BlackBerry Enterprise Service 12.
BlackBerry has been trying to pivot its business model away from the consumer market under the leadership of Chen, who joined the company in late 2013.
His strategy has focused on cementing new relationships with corporate clients, as services and software revenues begin to eclipse the money it makes from handsets.
Part of that plan has involved rolling out some if its security services for other devices like the Galaxy and Apple’s iPhones, which run on different operating systems.
However, getting the business community to view BlackBerry as more than just a device company has proven a challenge, especially since the company built its reputation around its famous keyboard smartphones.
“We have to keep telling our prospects and our customer base that we’re supporting (multiple operating systems) because that’s a fact,” said chief operating officer Marty Beard.
“We don’t want people to only see this as a BlackBerry offering.”