By Lee Berthiaume THE CANADIAN PRESS On Nov 26, 2021
Share

OTTAWA — Boeing has been told that its bid to replace Canada’s aging CF-18s with a new fleet of the American company’s Super Hornet fighter jets did not meet the federal government’s requirements. 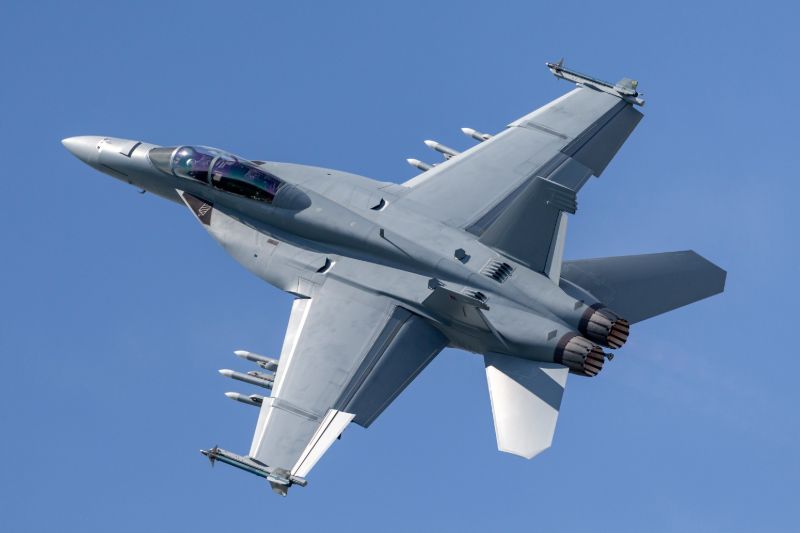 Three sources from industry and government say the message was delivered Wednesday as the other two companies competing for the $19-billion contract — US defence giant Lockheed Martin and Swedish firm Saab — were told they met the government’s requirements.

The three sources were all granted anonymity because they were not authorized to discuss these matters publicly.

The Department of National Defence and Public Services and Procurement Canada, which is managing the competition on behalf of the federal government, did not respond to requests for comment on Thursday.

Companies had been ordered to show their fighter jet was able to meet the military’s requirements for missions at home and abroad, but also that winning the contract would result in substantial economic benefits to Canada.

However, while Boeing’s failure to meet the requirements would appear to disqualify the Super Hornet from the competition, leaving only Lockheed Martin’s F-35 and Saab’s Gripen fighter jet in the running, none of the companies have been told whether they are still in or out.

A Boeing spokesperson said the company would reserve comment pending official notification from the government.

News that one of the two US companies competing for the contract failed to meet one or more of the requirements is the latest twist in what has already been a long and often unpredictable road toward replacing Canada’s CF-18s.

Many observers had seen the Super Hornet and F-35 as the only real competition because of Canada’s close relationship with the United States, which includes using fighter jets together to defend North American aerospace on a daily basis.

Those perceptions were only amplified after two other European companies dropped out of the competition before it even started, complaining the government’s requirements had stacked the deck in favour of their US rivals.

Sweden is not a member of NATO or the joint Canadian-American defence command known as Norad, which is responsible for protecting the continent from foreign threats. That had prompted questions about the Gripen’s compatibility with US aircraft.

While Boeing’s failure to meet the government’s requirements is surprising, said defence analyst David Perry of the Canadian Global Affairs Institute, it could also boost the government’s assertions that it is running a fair and unbiased competition to replace the CF-18s.

“It indicates it was genuinely a competitive procurement, which Canada had put an awful lot of effort into ensuring was the case,” he said.

Perry added: “There was a lot of speculation about whether a non-American fighter could actually be a real contender, given Canada’s requirements for interoperability with the United States. If they’re still in the mix, Saab has obviously met that mark.”

Yet Jeff Collins, an expert on military procurement at the University of Prince Edward Island, said there remain longstanding concerns in some corners that the entire competition has been set up from the beginning to select the F-35.

Choosing a different fighter, he added, would represent a major break from Canada’s closest allies, the majority of which are buying the F-35.

Canada first joined the US and other allies as a partner in developing the F-35 in 1997 and has since paid US$613 million to stay at the table. Partners get a discount when purchasing the jets and compete for billions of dollars in contracts associated with building and maintaining them.

Stephen Harper’s Conservative government then committed to buying 65 F-35s without a competition in 2010, before concerns about the stealth fighter’s cost and capabilities forced it back to the drawing board.

The Liberals promised in 2015 not to buy the F-35, but to instead launch an open competition to replace the CF-18s. They later planned to buy 18 Super Hornets without a competition as an “interim” measure to ensure Canada had enough aircraft until permanent replacements could be purchased.

Some at the time questioned that plan, suggesting the Liberals were trying to find a way to lock Canada into the Super Hornet without opening itself up to a legal challenge from Lockheed Martin or any other jet makers.

Collins questioned whether the so-called “Boeing clause” played any part in the fighter jet competition, though officials have previously said it was not a factor as the dispute was resolved in Bombardier’s favour in 2018.

Meanwhile, the government has been forced to invest hundreds of millions of additional dollars into the CF-18 fleet to keep it flying until a replacement can be delivered. The government has said it plans to name a winner in the coming months, with the first plane delivered in 2025.

The last plane isn’t scheduled to arrive until 2032, at which point the CF-18s will have been around for 50 years.