Brazil authorities zero in on ship suspected of oil spill 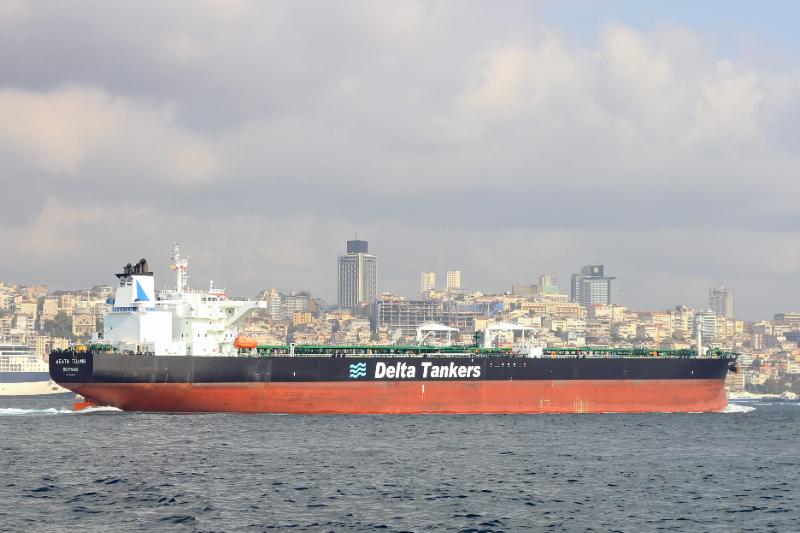 The Delta-owned NM Bouboulina vessel was navigating through Brazilian waters at the time and location of the spill, Brazilian police and prosecutors said.

Brazil’s government has been striving to investigate the cause of the spill that has hit 286 beaches along the northeast coast and hurt fishing and tourism. Authorities have described the spill as one of the country’s worst environmental disasters.

The specific source of the oil has remained unclear since it began appearing in early September.

In a search order seen Friday by The Associated Press, Brazilian prosecutors said “there is no indication of another boat” that could have discharged the Venezuelan crude into the sea.

Authorities in Rio de Janeiro co-ordinated a search Friday at a maritime agency that has previously represented Delta, and the office of a crisis management consultancy. Delta did not immediately respond to requests for comment submitted after business hours in Athens. The 13-year-old Suezmax is among Delta’s fleet of 30 tankers controlled by Greek shipping magnate Diamantis Diamantidis.

The Brazilian government has said the oil came from Venezuela after state-run oil company Petrobras identified three of the neighbouring nation’s fields as the source of the crude.

The Bouboulina, named for a 19th century heroine of Greece’s war of independence, docked in Venezuela on July 15 and departed three days later, according to the Brazilian search order. The Venezuelan government has previously denied its country is the source of the spilled crude.

From Venezuela, the tanker embarked with around 1 million barrels of Merey 16 crude. It sailed past the northeast corner of Brazil en route to Cape Town, South Africa and the Malacca coast of Malaysia, according to Kpler, a company that tracks seaborne commodities.

On Sept. 3, off the coast of Malaysia, the vessel turned off its transponder signal for 10 days as it unloaded cargo, likely via a ship-to-ship transfer to an unknown vessel or vessels, Kpler said.

Ships are required to emit transponder signals but sea captains dealing in Venezuelan crude are increasingly turning off the safety device to help evade US sanctions that prohibit companies from buying crude from Venezuela.

Successive round of US sanctions have made it illegal for American companies to do business with the government of Venezuelan President Nicolas Maduro.

In August, the Trump administration hardened its stance further, warning foreign entities that they could see their US assets seized unless they cut ties to the socialist leader’s government.

A number of European oil companies, as well as Russia, India and China, are major buyers of crude from Venezuela’s state-run oil giant, PDVSA. All the companies rely on the US to process financial payments.

The ship responsible for the spill had been held in the United States for four days due to problems “in the system to separate water and oil for discharge into the ocean,” Brazil’s Navy said in a statement. It did not provide more details.

A July 29 satellite image showed an oil spill 733 kilometres (455 miles) from northeastern Paraiba state, the Navy said in a statement. Following analysis of maritime traffic, the Navy said it detected that the ship was navigating in the region where the spill appeared and was headed for South Africa.