OTTAWA — The Canadian economy sprinted to the finish line of 2020 with nearly double-digit growth in the fourth quarter, ending its worst year on record on a strong note that has continued into the start of 2021. 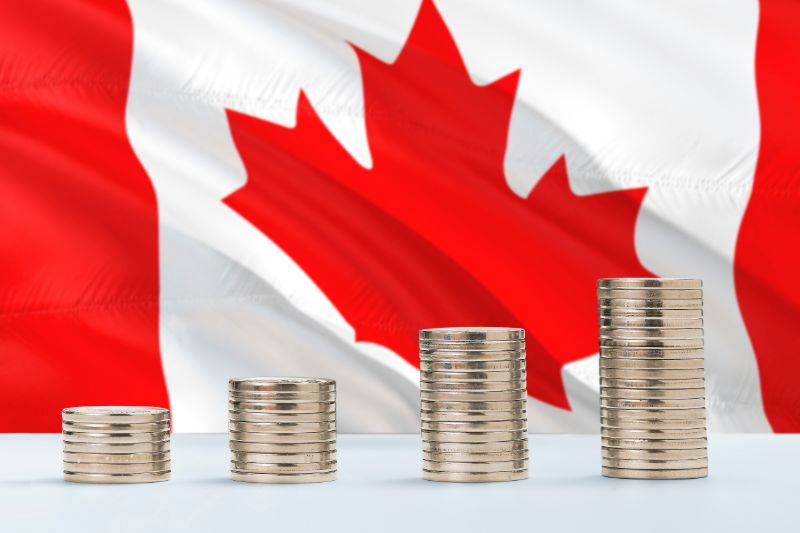 The economy grew at an annualized rate of 9.6 per cent over the last three months of 2020, Statistics Canada reported Tuesday, down from an annualized growth rate of 40.6 per cent in the third quarter when the country fully emerged from the near-shutdown last spring.

Looking to January, Statistics Canada said its early estimate was for growth in the economy of 0.5 per cent.

“Lots of small businesses — your local barbers, your local restaurant or — may have had to shut down through the restrictions, but a lot of other areas did manage to keep grinding through,” said BMO chief economist Douglas Porter.

“The sectors that did get closed down in the second wave, when they’re able to open up, we think the economy will have a big step up, and then we’ll have another, even bigger step up when the vast majority of the population is vaccinated.”

CIBC chief economist Avery Shenfeld wrote in a note that the early January figure should set aside fears of an outright downturn in the first quarter of 2021.

The COVID-19 pandemic was expected to trip up the economy after the virus’s spread shuttered businesses and led to millions out of work. The question was how bad would it be.

The answer the statistics agency provided Tuesday was that real gross domestic product shrank 5.4 per cent, the steepest annual decline since comparable data was first recorded in 1961.

The drop for the year was due to the shutdown of large swaths of the economy in March and April.

Economic activity slowly and steadily grew between May and November, though renewed lockdowns in some areas and a subdued holiday retail season in December saw the final month of the year buck taht trend.

Federal spending has also cushioned the blow. Statistics Canada reported on Monday that government aid has more than made up for losses in salaries and wages, particularly for low-income households.

Savings skyrocketed: RBC senior economist Nathan Janzen said households accumulated $212 billion in savings last year, about $184 billion above pre-shock trends, which could give a jolt to the economy as the year rolls on.

“Once containment measures ease, there is a lot of pent-up demand out there for spending on things like travel and hospitality services,” Janzen said.

The different impacts on sectors and the shift in online shopping, among other effects, make GDP an imperfect measure of what the economy went through.

“Even if you’re better off in terms of purchasing power, you may find your quality of life squeezed if we need to raise taxes to offer the same level of services,” said Yalnizyan, a fellow on the future of workers at the Atkinson Foundation.

“That’s why GDP is no longer as robust a measure of progress — because of digital.”

The Liberals have spoken more about employment levels as a key metric of recovery. It’s why experts say Tuesday’s GDP figures likely won’t change federal spending plans the Liberals are set to outline in the coming weeks as part of a budget the government has said would include up to $100 billion in stimulus measures over a three-year period.

“The government has no plan, but they talk about building back better,” said Conservative Leader Erin O’Toole. “And that really means they’re going to be leaving some people in some sectors that they don’t like out of the economic recovery.”

O’Toole didn’t offer specifics of his own, saying the Opposition Conservatives would have a detailed recovery plan before the next federal election.

The Liberals are reviewing a laundry list of budget ideas to help manage through the rest of the pandemic, and aid in a recovery.

Trevin Stratton, chief economist at the Canadian Chamber of Commerce, said support should be targeted in the medium-term to the hardest-hit businesses suffering under a debt load that is fast becoming unsustainable.

Goldy Hyder, president of the Business Council of Canada, wrote in an open letter to Finance Minister Chrystia Freeland that the government should invest in skills training, trade-enhancing infrastructure and research and development to raise productivity.