Canadians await US election in fear

By Mike Blanchfield THE CANADIAN PRESS On Nov 3, 2020
Share

OTTAWA — Canadians are watching in fear today as their American neighbours vote, capping a campaign marked by voter intimidation, threats of post-election violence, and concern about the potential breakdown of democracy itself. 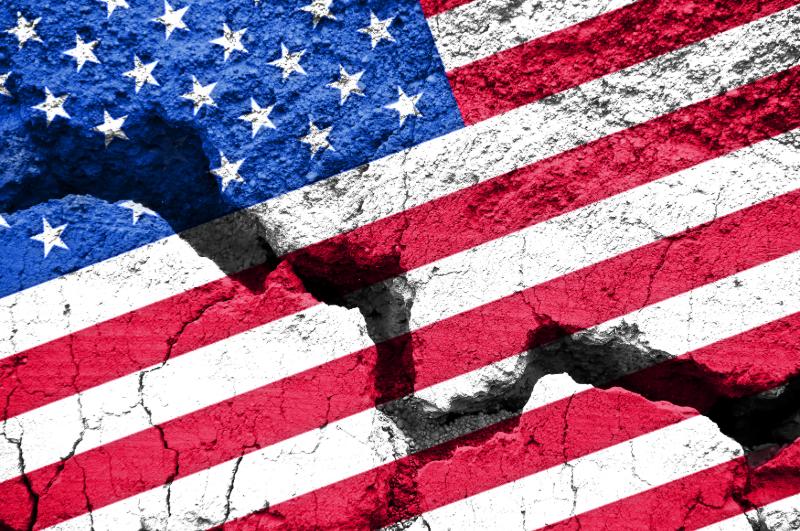 That view is reflected in a new poll from Leger and the Association for Canadian Studies that found a clear majority of Canadians surveyed worry that the United States will suffer a breakdown of its system marked by “social chaos” if no clear winner emerges.

That fear is being driven by the assumption that US President Donald Trump won’t accept defeat if he is in fact defeated, or may prematurely declare victory on election night before all votes, including mail-in ballots, can be legally counted.

Canadians are not oblivious to a chaotic final weekend of campaigning that saw Republican supporters block highways, including surrounding a Joe Biden campaign bus on a Texas interstate, as gun sales soared, businesses boarded up in cities across the country, and Republican lawyers stood ready to contest the results.

“It’s a bit like watching your neighbour’s roof catch fire,” said Perrin Beatty, the president of the Canadian Chamber of Commerce. “You’re both fascinated and horrified.”

The Leger poll found that three-quarters of those surveyed in Canada are worried about the US election, and 68 per cent worry that there will be a “complete breakdown of the political system in the US leading to a period of social chaos.”

“Who would have ever thought we would ever ask the question? But that’s where we are,” said pollster Christian Bourque.

Four out of five respondents said they were concerned that increased racial tension would lead to protests and violence.

The survey of 1,516 Canadians selected from an online panel was conducted from Oct. 30 to Nov. 1. Polls conducted this way do not come with a margin of error, since they are not considered random.

The survey delved deeper into Canadians’ anxiety: The possibility of “significant civil unrest or violence” in the streets on election day or the following days worried 77 per cent of respondents; 72 per cent were concerned that Trump wouldn’t accept the election result if he lost; 62 per cent were worried about a stock market crash.

Beatty, who was a cabinet minister in the Progressive Conservative government of Brian Mulroney recalled the words of former Liberal prime minister John Turner, who died last month, and whom Mulroney defeated in 1984: “The people have decided, and the people are always right.”

“That’s what a democrat does,” Beatty said, and “that will be the test” for the United States tonight.

Georganne Burke, an Ontario-based dual Canadian-American citizen who has campaigned for Trump in the US, blamed the Democrats for stoking fears of unrest and violence.

“The Democrats have a cohort of people that are very violent, and don’t have any problems about rioting and looting,” Burke said.

“The Republicans have a cohort of people who talk about their guns, but what they’re going to do is just retreat — move away from participation in American society. And I don’t know which is worse.”

Burke is deeply troubled by the chaos she is viewing from abroad, and said the only comparison in her lifetime is the race riots in the late 1960s.

“Cities were burned down and had to rebuild, and some of them never really recovered,” she said.

Burke said it was “hype” that Trump would refuse to accept a defeat.

“That’s garbage. Will he be unhappy? Sure, he’ll be unhappy. Will he say outrageous things? Probably. But he’ll leave.”

But if Trump wins, that will just embolden Democrats to spend four more years trying to undermine his presidency, she said.

The Leger poll left no doubt who Canadians want to win the White House — 80 per cent favoured Biden.

Colin Robertson, a retired diplomat who served in multiple US postings, said Canadians have every reason to be concerned about what’s unfolding south of the border, but now is not the time to take sides.

“Despite Trump, the US is still the leader of the free world, so any internal turmoil inevitably has collateral damage to the western alliance,” said Robertson

“What can we do? Keep calm, consult with the allies and, as (Prime Minister Justin) Trudeau said, prepare for all contingencies.”

Sarah Goldfeder, now an Ottawa-based consultant and former US diplomat under two American ambassadors, said Canadians must be vigilant to guard against the ideological infiltration of extreme, divisive politics into Canada.

“Literally, stores are boarded up across America right now, in anticipation of civil unrest in the streets. And that’s not good for anybody that has a has to do business with the US.”

Bruce Heyman, who was Barack Obama’s second ambassador to Canada, said Americans are equally worried but only a “handful” of the 330 million of them are troublemakers.

“Canadians should sit back and take note that the United States-Canada relationship is our most important relationship. But Donald Trump has done damage to the trust part of that relationship,” Heyman said.

“We have a chance to turn the ship around and head in the direction we were progressing along, regardless of party, Republican or Democrat,” he added. “I hope that we can put this in the dustbin of failed presidencies and bad periods.”