SAVANNAH, Ga. — The volume of cargo moving through Georgia’s seaports held almost steady in the 2020 fiscal year despite a painful drop in trade during the past four months as economies in the US and abroad got battered by the coronavirus pandemic. 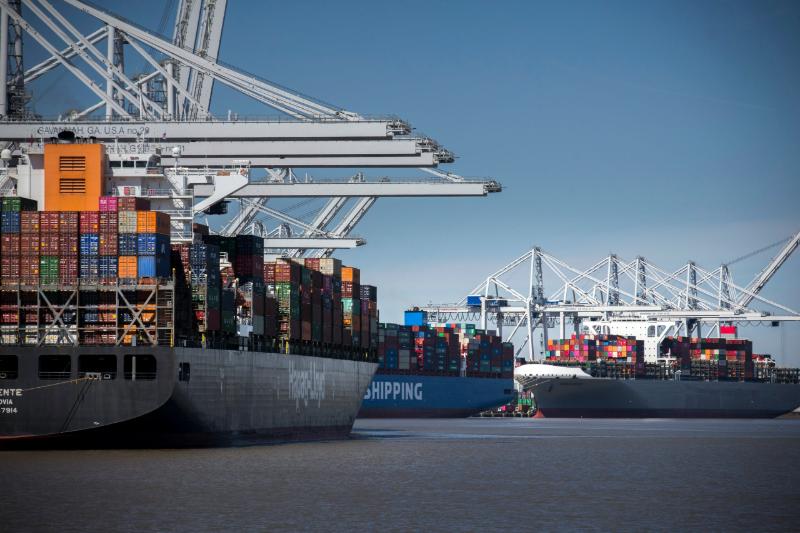 The Georgia Ports Authority reported Monday that nearly 37.8 million tons (34.3 million metric tonnes) of total imports and exports were handled by the state-operated ports in Savannah and Brunswick during the fiscal year that ended June 30. That’s a new record for Georgia, but just barely, considering it’s growth of less than 1 per cent compared to the previous fiscal year.

The 4.44 million cargo container units that moved through the Port of Savannah in the past year were down slightly — also by less than 1 per cent — compared to the record tally the agency reported a year ago.

By forcing factories and stores to close and Americans to tighten spending amid frightening unemployment, the pandemic essentially wiped out gains that Georgia’s ports saw in the first eight months of the fiscal year.

“If you go back four months ago, I would have thought it was going to be worse,” said Griff Lynch, the port authority’s executive director.

Cargo shipped in containers — big metal boxes used to transport goods from consumer electronics to frozen chickens — dropped about 18 per cent in March compared to the same month a year ago, Lynch said. Last month, container trade was down 6.5 per cent compared to June 2019.

Shipments of clothing, automobile and auto parts all dropped significantly, he said, but the blow was softened by goods including supplies sold by home-improvement stores that stayed in high demand by Americans stuck at home.

“There are quite a few gainers, but there are a lot of losers,” Lynch said. “There are more tales of woe right now than there are success stories.”

Georgia’s ports have seen explosive growth in recent years. Savannah is the fourth-busiest US port for containerized cargo, while Brunswick has become a major US hub for shipping automobiles.

Lynch said he expects the pandemic will keep the ports’ trade volumes down, at least through August.

“The Georgia Ports have been on fire for years,” Lynch said. “There’s a lot of unknowns out there now.”