By Christopher Reynolds THE CANADIAN PRESS On Jul 28, 2022
Share

Cargojet Inc. reported high-flying revenues in its latest quarter despite falling e-commerce demand, as the air cargo outfit seized on the mess of delays plaguing passenger airlines, which also carry freight on board, to shore up its business. 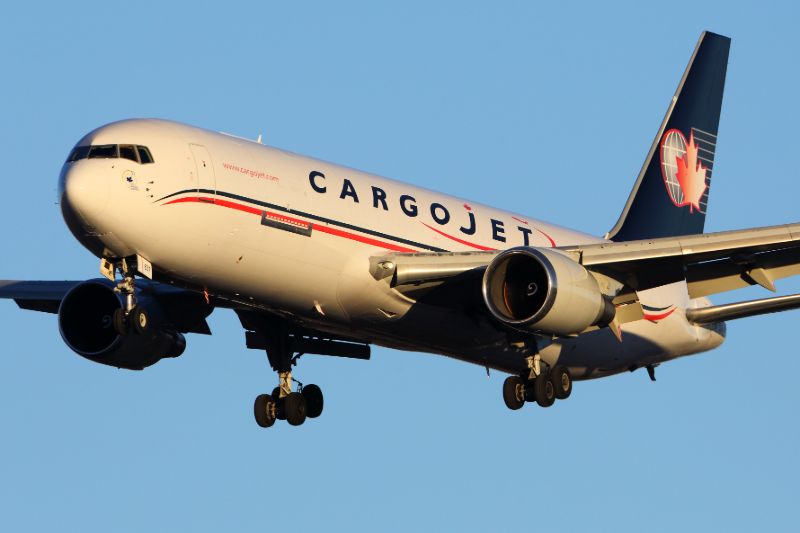 The company, which flies time-sensitive freight across Canada and internationally, garnered 43 per cent year-over-year revenue growth in the quarter ended June 30.

CEO Ajay Virmani said turmoil at airports across the globe has left the runway open for dedicated air freight companies to pick up the cargo slack left by large passenger airlines, which are scrambling to steer their resources toward travellers amid a staffing shortage.

“Many of the resources that typically focus on cargo, including people, are being deployed on the passenger side to help stabilize their core business. And the cargo business is just an orphan at the present time with these kinds of carriers,” Virmani told investors on a conference call Wednesday.

He cited the “unpredictability of belly space” and capacity in passenger jetliners as airline fleets struggle to catch up to demand driven by a massive summer travel rebound.

The company’s on-time performance, a key industry metric, rose above 98 per cent last quarter, its highest in the past two years, Virmani said. Aiding the effort was a fleet bolstered by three more planes in the past six months for a total of 34 aircraft.

“Many shopping malls are being redeveloped for residential and commercial use. These stores are gone forever,” Calver said, taking a historical view.

“The last full cycle for mail-order business lasted from 1870 to 1940. This period was dominated by mail-order catalogues by large department stores such as Eaton’s, Simpson’s and Sears … We expect the new e-commerce cycle that began in 2000 to have a similar life cycle,” he said.

“This is a generational shift.”

Online retail sales dropped 23.5 per cent year-over-year in May, and nearly three per cent from the previous month on a seasonally adjusted basis, according to Statistics Canada.

The $3.5 billion in e-commerce purchases accounted for 4.9 per cent of total retail sales last month, down by over a third from May 2021. That spring, many retailers still faced restrictions on in-person shopping as part of public health measures aimed at curbing the spread of COVID-19.

Virmani said online shoppers “are taking a bit of a break,” before clarifying that many Canadians continue to buy essential items via the internet while holding off on more indulgent purchases.

“E-commerce is taking a break from buying expensive and luxury items and shifting to daily necessities,” he said. “You can postpone a pair of shoes.”

The CEO pointed to Europe, where e-commerce is projected to grow by nearly 14 per cent on average each year through 2025 to reach US$1.22 trillion, according to Statista. The German consumer data firm projects user penetration will rise to over two-thirds from 61.6 per cent this year.

“People have now learned to live with next-day delivery for most of their stuff,” Virmani said, while conceding that “Canada has a lot to catch up with.”

Cargojet, which also provides plane leases, expanded its relationship with e-commerce giant Amazon last year via an agreement to operate two of its wide-body Boeing 767 aircraft in Canada.

Amid a national labour crunch, Virmani said the company remains short-staffed but has 70-plus pilots in training along with more maintenance and ground-handling workers. It is still short “20, 30, 40 people on the ground-handling side,” but planning and increased overtime have “negated” the impact, he said.

Cargojet is also vulnerable to broader headwinds such as inflation, rising interest rates and the threat of a recession, the CEO added. Its contracts include provisions to pass on a “portion” of consumer price index changes to clients, but many have caps far below the steep inflation spikes of recent months, he qualified.

Based in Mississauga, Ont., Cargojet reported net income of $160.9 million in the three months ended June 30 versus a net loss of $11.1 million in the same period last year. Second-quarter revenues leaped to $246.6 million from $172.1 million a year earlier.

Revenues beat expectations by nine per cent, while adjusted earnings per share of $1.51 surpassed those of $1.36 per share from the previous year but fell slightly short of median forecasts of $1.59 per share, according to financial data firm Refinitiv.

US deal amends EV tax credits to include Canadian vehicles