BEIJING — China’s manufacturing activity held steady in August as domestic demand helped to offset weaker orders from exports markets that are struggling with the coronavirus pandemic, a survey showed. 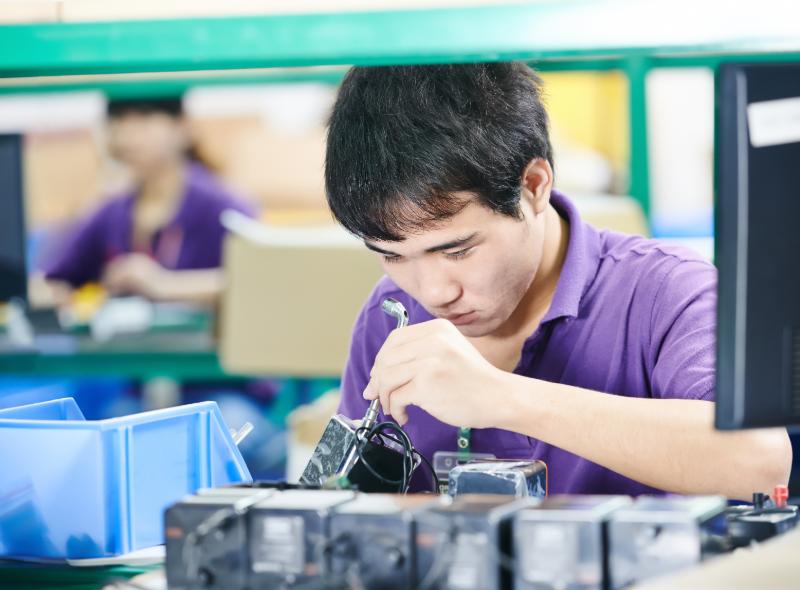 The monthly purchasing managers’ index released by the Chinese statistics agency and an industry group declined to 51 from July’s 51.1 on a 100-point scale on which numbers above 50 indicate activity increasing.

A sub-measure for production declined to 53.5 from the previous month’s 54. Export orders shrank but at a slower rate. That measure improved to 49.1 from 48.4.

China, where the pandemic began in December, was the first economy to shut down to fight the virus and the first to try to revive business after the ruling Communist Party declared victory over the disease in March.

Chinese consumer demand is recovering but not as quickly as Beijing wants. The export outlook is uncertain due to rising coronavirus case numbers in the United States and some other important markets.

“The growth engine is now clear. Overseas demand will only pick up slowly,” said Iris Pang of ING in a report. “Until then China will rely more on its own for economic growth.”

China’s economy grew by an unexpectedly strong 3.2 per cdent over a year earlier in the three months ending in June, rebounding from a 6.8 per cent contraction the previous quarter. Manufacturing is close to normal, but retailing, restaurants and other service industries are struggling.

Forecasters warn exports are likely to dip again later in the year once demand for masks, surgical gloves and other medical supplies eases. That will increase the importance of Chinese consumers and government stimulus spending in keeping a recovery on track.

Cenovus to buy Husky Energy for $3.8 billion in shares