By Brett Bundale THE CANADIAN PRESS On Jul 2, 2021
Share 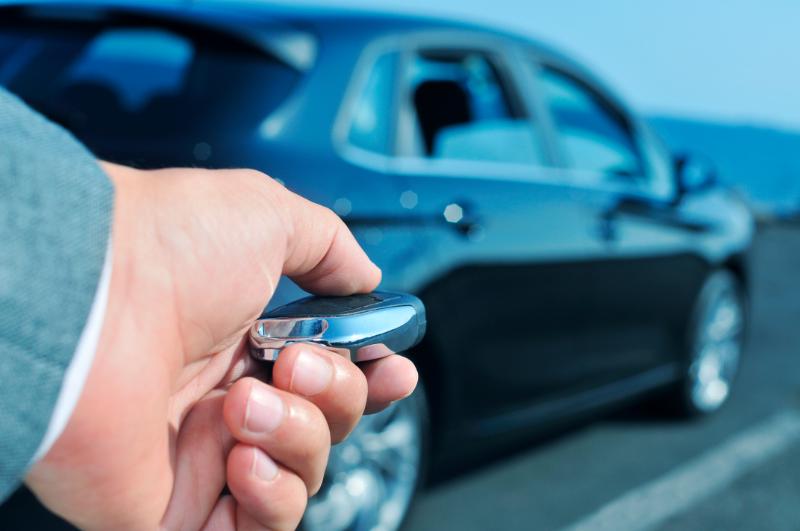 A global shortage of semiconductors, a small but crucial computer chip used in new vehicles, has curtailed production for months.

The situation has sent shock waves through the North American auto industry, causing lengthy wait times for new vehicles and driving up the demand and cost of used vehicles.

The problem is expected to worsen in Canada in the coming weeks as the economy reopens and pent up demand from repeated lockdowns hits the market, experts say.

“The impact of the shortage has been slightly muted in Canada so far this year, mainly due to COVID-19 lockdown restrictions,” said James Hancock, director of business development for Canadian Black Book, an automotive data analytics company.

New car inventory is currently down about 20 per cent in Canada, he said. But that shortage is expected to worsen as the country gets back up and running.

In the United States, for example, where it’s been largely business-as-usual in recent months, new car inventory is down 50 per cent, Hancock said.

That shortage has pushed up the cost of used cars in the US, with some high-demand used vehicles now priced above the original sticker price.

For example, the window sticker price on a 2019 Toyota Tacoma SR double cab pickup truck was just under US$29,000 when it was new. Two years later, dealers in the U.S. are paying almost $1,000 more to buy the same vehicle, even though it’s used.

“We’ve been kind of sheltered if you compare us to the US,” Hancock said. “Their used car prices are extremely high, about 150 per cent above what they were at the beginning of the year. Canada is just starting to feel the brunt of the semiconductor shortage.”

The situation in Canada is being exacerbated by the export of used vehicles to the US.

Canadian dealers are increasingly outbid at auction by US dealers willing to pay a premium on used cars due to a favourable exchange rate and higher prices, said Warren Barnard, executive director of the Used Car Dealers Association of Ontario.

“I’m hearing stories from our members of ridiculously high used vehicle prices at auctions, which of course is ultimately passed on to the retail purchaser,” he said.

Compounding the vehicle shortage is a sudden influx of first-time car buyers.

Industry experts say many new car buyers previously relied on public transit and ride sharing but due to COVID-19 concerns and a desire to take road trips amid international travel bans they are opting to buy a car.

Meanwhile, many people at the end of a lease are now choosing to buy out their vehicle, further tightening supply, experts say.

“More people are buying out their leases and keeping the vehicle,” Barnard said. “They do the math and decide to keep it.”

As the cost of buying out a lease is increasingly below the current value of the vehicle, he said they can turn around and trade it in for more or sell it privately.

The mix of low supply, high demand and skyrocketing prices is “a perfect storm,” Barnard said.

“I haven’t yet heard of vehicles that are two years old actually appreciating in value here, but it wouldn’t surprise me if that’s happening,” he said.

According to Autotrader.ca, an online automotive marketplace that tracks pricing shifts based on its listings, the average price of a used vehicle in June was up 9.4 per cent to $28,305.

“This is the highest average price of a used vehicle that has been recorded,” said Baris Akyurek, director of marketing intelligence at AutoTrader.ca.

But across the country, Canadian Black Book numbers show used car prices are edging up closer to 20 per cent, and prices are expected to continue climbing as new car supply further dwindles and consumers turn to used vehicles, Hancock said.

The trouble in the automotive sector risks hobbling Canada’s economic recovery as many businesses rely on service vehicles to operate, experts say.

“We ordered 15 vehicles last fall that were supposed to arrive in January and we’re just starting to see some of them arrive now,” said Bill Dowd, founder, president and CEO of Skedaddle Humane Wildlife Control.

The company operates a fleet of service vehicles across the country, including models such as the Ram ProMaster Cargo Van and the Ford Transit Connect Cargo Van, but has had to consider other options, he said.

“We were looking to hire people but because we couldn’t get vehicles, we’ve had to put off hiring,” he said. “Spring is our busy time and we were losing out on so much business we finally decided to bite the bullet and went to a local dealership.”

“They were definitely inflating prices due to the demand. But we took what we could get.”

For car buyers in need of a new vehicle but hoping to wait out the storm, it could be a while, experts say.

Still, while many of the automaker’s plants continue to be impacted by the microchip shortage, the company has prioritized production of its most popular and in-demand models, GM spokeswoman Jennifer Wright said in an email.

Meanwhile, Hancock said the supply of semiconductors is expected to bounce back by the end of the year, with car production normalized by the second half of 2022 and into 2023.

“Higher used car prices will stay with us for a while.”

— With files from The Associated Press

US trade deficit increases to $71.2 billion in May