By Ross Marowits THE CANADIAN PRESS On Oct 21, 2020
Share

MONTREAL — Canadian National Railway Co. isn’t quite ready to reinstate its 2021 guidance after experiencing a third quarter that saw its mix of business change with the economic recovery. 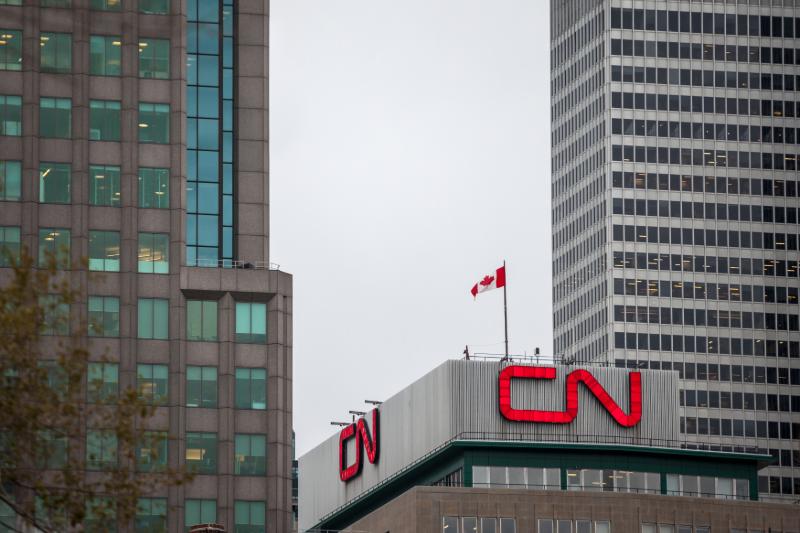 The Montreal-based railway says its operating metrics are improving and it has brought back many of the employees furloughed because of the impact of the COVID-19 pandemic on freight trains.

“Some markets recovered fast in a V-shape. Some markets have yet to recover,” CEO Jean-Jacques Ruest said Tuesday during a conference call after markets closed for the trading day.

“All of this evolving to a different mix of revenue (per) ton-mile as compared to the pre-pandemic with a significant decline in crude and significant increase in Canadian grain.”

Canada’s largest railway withdrew its full-year guidance when it released first-quarter financial results and is aiming to provide an annual guidance for 2021 in January.

CN Rail has delivered seven consecutive monthly records for grain movement and said it is on track to deliver a record month in October.

“Canadian grain continues to be a bright spot for CN, with our best third-quarter volume on record, beating the previous best in 2014 by 13 per cent,” James Cairns, senior vice-president rail centric supply, told analysts.

It expects Canadian and US grain will be strong in the fourth quarter and 2021 with potential for the Canadian crop to hit a record high and the US crop expected to be above average.

CN has purchased 2,500 new high-capacity grain hoppers and its customers have also added these larger cars. By the end of the first quarter, it will have more than 4,200 high-capacity hopper cars in its network as it looks to take advantage of the 50 per cent increase in west coast grain export capacity.

During the quarter, CN said it experienced a rapid bounceback or V-shaped recovery in ports, lumber and automotive while there was weakness in crude, frac sand and refined petroleum products.

It has brought back all the lumber cars that were in storage and added 500 additional lease cars to meet increasing demand.

CN Rail said the work stoppage at the Port of Montreal resulted in strong import volumes in Halifax and St. John, NB.

The earnings amounted to $1.38 per share on a diluted basis, down from $1.66 per share in the same period last year.

Sales fell 11 per cent to $3.41 billion, down from $3.83 billion in the year-ago period. Volumes in revenue-ton-miles fell seven per cent while revenue per revenue-ton-mile decreased three per cent because of the significant change in its business mix.

Its operating ratio, an industry metric where a lower ratio means more efficient operations, was 59.9 per cent, up 200 basis points from a year ago.

Analysts polled by Refinitv expected earnings per share of $1.46 on sales of $3.5 billion.

The company said revenue from petroleum and chemicals dropped to $591 million, down from $788 million in 2019’s third-quarter, even as grain and fertilizer sales reached $608 million, up from $552 million a year ago.