By Amanda Stephenson THE CANADIAN PRESS On Jan 25, 2023
Share

Canadian National Railway Co. warned Tuesday of rockier times ahead in 2023, even as it celebrated double-digit earnings gains for the fourth quarter of 2022. 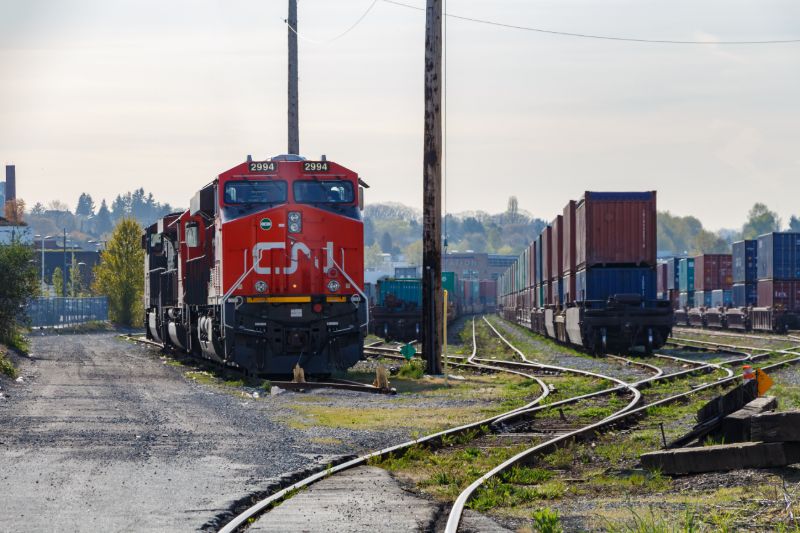 The Montreal-based railway reported Tuesday fourth-quarter earnings growth of 23 per cent year-over-year, to $1.42 billion in the three months ended Dec. 31, 2022 — up from $1.2 billion in the fourth quarter of 2021.

CN said its fourth quarter earnings worked out to $2.10 per share. It also reported fourth quarter revenues of $4.54 billion, an increase of $789 million or 21 per cent.

The railroad said the increase in revenue was mainly due to higher fuel surcharge revenue as a result of higher fuel prices, the positive translation impact of a weaker Canadian dollar, freight rate increases and higher volumes of US grain.

But CEO Tracy Robinson warned analysts on a conference call Tuesday that 2023 could be significantly more challenging. With the possibility of recession looming, Robinson said CN expects North American industrial production to be negative in the year ahead. That will mean lower shipment volumes of key products such as lumber, metals and minerals and consumer products.

Robinson said CN’s guidance for 2023 projects earnings-per-share growth in the single digits, but added the company will need to stay nimble as there are still many unknowns.

“Without a doubt, we are in an uncertain economic time. And like many others, we are assuming this year, a mild recession,” Robinson said. “In this company, like others, we’ve dealt with recessions in the past, and we’ll deal with this one.”

Already in 2022, CN saw some softening in demand in some categories including intermodal, lumber, chemicals and plastics. However, it saw higher volumes of Canadian coal exports from west coast ports, and larger US grain export volumes.

That would help offset the impact of recession, Robinson said.

“We’ve modelled a certain grain crop, but the crop is not in the ground yet. So it remains to be seen what that looks like,” she said. “And we are hearing, like you, any number of different scenarios on what inflation may do and therefore, how quickly volumes may rebound. As I said, our guidance is based on the best information that we have right now.”

CN intends to host an investor day in early May and will provide updated guidance at that point.

In a research note, Raymond James analyst Steve Hansen pointed out that while Canadian rail traffic showed momentum in the fourth quarter of 2022, CN’s dramatic revenue growth for the period is partly because 2021’s fourth quarter was weighed down significantly by major weather events such as flooding in BC and extreme cold across parts of the continent.

“While we admire the Canadian rails long-term, we find it difficult to get excited about these short bursts of ‘artificial’ growth,” Hansen said, adding he expects that growth to dissipate in the face of expected lacklustre economic growth.