Collaborative Robots Are A Step Toward A Paradigm Shift: research

London, UK—Most watchers of the robotics industry realize the advertised value proposition of collaborative robots. Cobots are smaller, more dexterous industrial robotic arms that open the possibility between human and machine collaboration without the need for complex programming or external safety infrastructure. In reality, the value of current collaborative robotics is somewhat more modest. 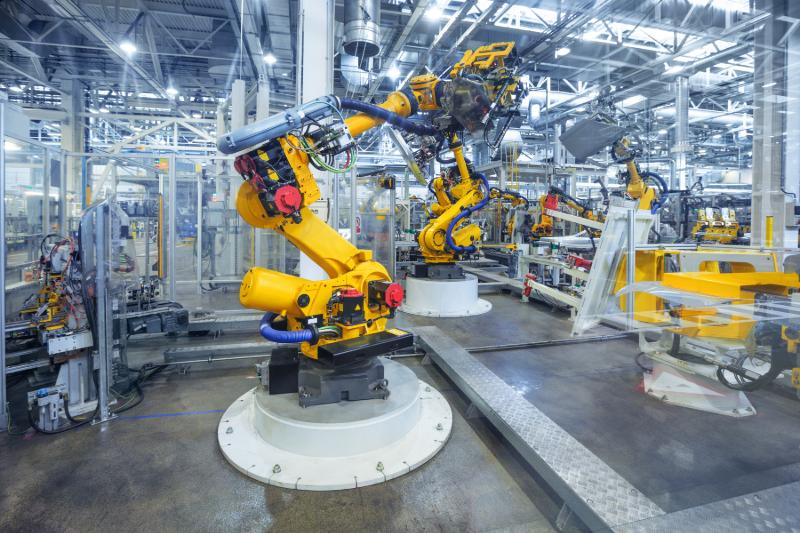 Collaborative systems are not a revolution in robotics but are instead a parallel technology that has some advantages over traditional industrial arms, and some disadvantages, according to a new report from UK-based tech market advisory firm, ABI Research.

“Since 2008, collaborative robots have been adopted at a feverish rate,” said Rian Whitton, senior analyst at ABI Research. While there are significant limitations on current technology, the benefits of a more flexible and less expensive industrial-grade robot arm provide a great option for manufacturers struggling to invest capital into comprehensive automation solutions, the research says. While pure cobot providers have been flourishing, the industrial robot mainstays have yet to capitalize on this opportunity, with their various cobot offerings either too expensive or too complicated to operate to gain mass adoption.

ABI Research projects that collaborative robot arms will reach US$5.8 billion in annual revenue by 2027, with US$2 billion of that dedicated to the automotive and automotive components manufacturing space. There are additional sources of revenue related to software and End of Arm Tooling (EOAT), and ABI Research also notes that collaborative systems will be increasingly indistinguishable from conventional industrial robotic arms.

But challenges remain, the company says. There are over 50 major collaborative robot providers, and in this saturated space, the lack of differentiation between products is a problem.

“Some providers emphasize the agility their seventh axis provides their arm, other focus on the intuitive controller and some focus on developing bots with higher payloads, but overall, hardware innovation has been limited and the current ecosystem is far too large to avoid consolidation over the next few years,” says Whitton.

Onlookers should not think of collaborative robotics as a replacement for industrial robots, but as a parallel technology development that will eventually converge, the company said. Innovations like advanced machine vision, improved localization, haptic sensors, and superior mechatronics are allowing cobots to become faster without neglecting safety. Strategic advances in 5G, cloud robotics, and edge-enabled AI will make the performance of multiple collaborative systems superior.