HAMILTON, ON — Hamilton Container Terminal (HCT), in partnership with the Hamilton-Oshawa Port Authority (HOPA Ports) and Desgagnés, is in developing a container feeder service between Hamilton and Montreal. 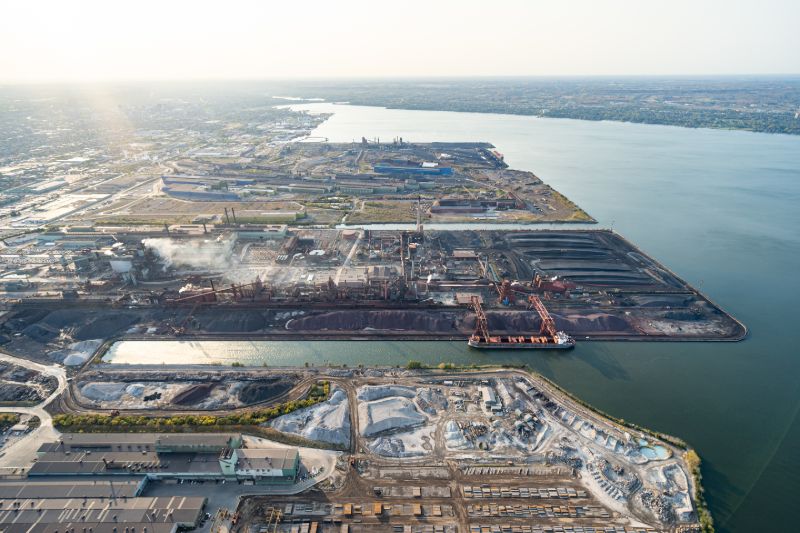 Docking at Hamilton’s Pier 14, the M/V Sedna Desgagnés is due to make the new service’s first voyage June 10.

This shipment is the first of what is expected to be an increasingly frequent service for container movements on the Great Lakes. The container feeder vessel will carry approximately 350 containers (350 TEUs) originating in the GTHA from Hamilton to Montreal. These containers, carrying a diverse range of cargoes, will be transloaded in Montreal to other vessels destined for various overseas ports.

“We have been creating the business ecosystem to bring this service to life,” said HCT president Amandeep Kaloti. “We have invested in infrastructure and established the right partnerships for it to succeed.”

In addition to Desgagnés and HOPA Ports, MSC is a key supporter of this service, Federal Marine Terminals as the terminal operator, and all export bookings handled by Hamilton-based freight forwarder Avancer International Freight Systems.

June’s sailing is expected to be followed by a second Hamilton-Montreal voyage in July, building up to 20-plus sailings in 2022.

“Highway congestion, greenhouse gas reduction targets, driver shortages – all of these factors are combining, so marine is making more sense for short journeys than ever before,” said Hamilton. “We know there is a demand in the market for more sustainable, efficient and competitive options for container movements, and we are proud to help HCT launch this forward-looking solution.”

Chinese exports jump in May