CP Rail bullish on 2022 ahead of sturdy grain crop

By Christopher Reynolds THE CANADIAN PRESS On Jul 29, 2022
Share

Canadian Pacific Railway Ltd. struck a confident stance for the coming year after seeing some earnings dip in its latest quarter thanks to a dismal grain crop in 2021 and soaring fuel costs since February. 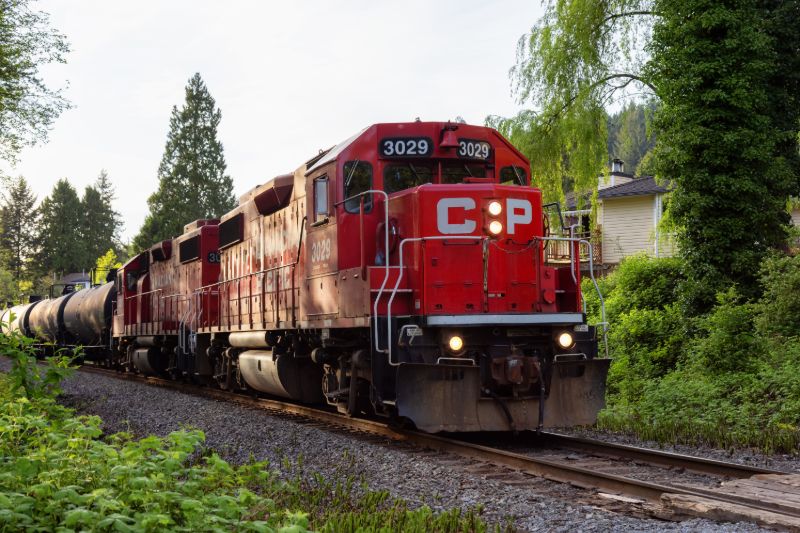 Repeating a line from the previous earnings call, chief financial officer Nadeem Velani stressed 2022 will be a “tale of two halves.”

In the three months ended June 30, core adjusted earnings per share decreased eight per cent year over year, despite a seven per cent revenue boost.

Net income at the Calgary-based railroad operator dropped 39 per cent year over year, but largely due to anomalously high profits a year ago caused by a one-time merger termination fee of $845 million it received from Canadian National Railway Co.

Velani cited rising fuel prices and “the continued headwind from grain” as hurdles, partly offset by a 25 per cent increase in container shipping revenues and an earnings bump from several commodities.

Spiking demand for potash, metals and automotive products amid still-snarled supply chains pushed up those revenue streams between 22 per cent and 28 per cent year over year, even as potash volumes nudged up less than three per cent and auto carloads stayed flat.

Outpacing them all however were fuel expenses, which jumped 70 per cent or $152 million, weighing on the railway’s bottom line.

In his buoyant view of the coming five months, Creel pointed to forecasts for a Canadian grain crop of 70 million tonnes, roughly in line with historical averages.

The 141-year-old CP Rail also expects double-digit growth in revenue ton miles — a key metric measuring how much revenue a company makes per volume of freight hauled — for the back half of the year, he said.

Russia’s invasion of Ukraine has driven up energy prices across the globe, cutting into the transport industry profit margins. But its impact on fertilizer supply has been to the company’s benefit, said chief marketing officer John Brooks?.

“With the ongoing disruptions in potash supply from Belarus and Russia, we expect Canadian potash to remain a growth driver at CP,” he said.

Regulatory scrutiny of the railway’s proposed acquisition of the Kansas City Southern railway continues, with the U.S. Surface Transportation Board (STB) announcing dates for public hearings in late September. A decision from the regulator is expected early next year.

The US$31-billion deal would pave the way for North America’s only railroad stretching through Canada, the U.S., and Mexico.

“We’re in a good spot. We continue to gain ground and look forward to realizing the vision of that transformational merger as we march toward the first part of 2023,” Creel said.

Earlier this month, several large railways, community groups and shippers filed submissions with the US regulator expressing concerns over the merger and calling for concessions, a lingering worry for investors.

But National Bank analyst Cameron Doerksen said the “effectively argued positions” laid out in CP Rail’s 4,000-plus-page response give him “greater confidence that the STB will not impose material conditions” before green lighting the acquisition.

On Thursday, the company reported net income of $765 million in its second quarter, down from $1.25 billion in the same period last year.

On Wednesday night, the company announced its quarterly dividend would be 19 cents per share for the quarter, payable on Oct. 31.