By David Koenig THE ASSOCIATED PRESS On Dec 18, 2020
Share

FedEx Corp. more than doubled its profit in the latest quarter, as holiday packages were being stuffed into delivery trucks alongside everyday goods that people buy online to avoid visiting stores during the pandemic. 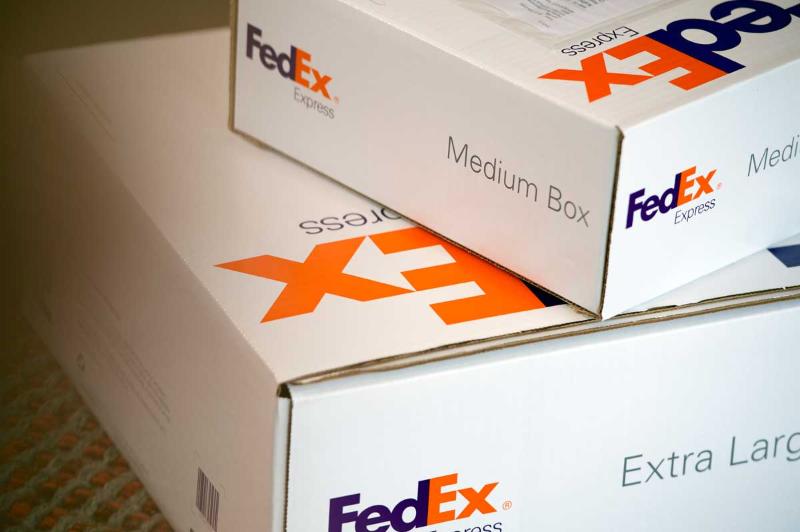 The delivery giant said Thursday it earned $1.23 billion in its fiscal second quarter, compared with $560 million a year earlier. Revenue rose 19 per cent.

FedEx declined to forecast future earnings, but Chief Financial Officer Michael Lenz said the company expects earnings to grow over the next six months because of heightened demand for shipping services.

The results beat Wall Street expectations, but FedEx shares, which have nearly doubled this year, fell more than three per cent in after-hours trading.

The quarter ended Nov. 30, meaning that the figures reported Thursday captured only the beginning of the peak US delivery period that runs from Thanksgiving through Christmas.

FedEx and rival United Parcel Service have been running at Christmas-like levels for several months already, as the pandemic causes people to do more of their routine shopping online.

Now the delivery giants are adding holiday shipments and deliveries of COVID-19 vaccines, and it is straining their networks.

UPS temporarily halted deliveries for several large retailers around Cyber Monday, the first business day of the week after Thanksgiving. Still, FedEx, UPS and the US Postal Service held up reasonably well early during the holiday season, posting on-time delivery rates of better than 90 per cent through the first week of December, according to data firm ShipMatrix.

Henry Maier, the head of FedEx Ground, said his division has delivered up to 30 per cent of packages a day early and parcels have spent less time in transit — 2.4 days on average — than last year, despite delays in opening new facilities and the challenge of training thousands of package handlers.

“It takes time for these people to be taught their job,” he said on a call with analysts. “We’ve got a sizeable portion of the handler workforce that isn’t as productive as they could be.”

Maier said many sorting facilities weren’t designed for social distancing, which led to higher costs and lower efficiency. The company was forced to rent many vehicles for longer periods because automaker shutdowns meant a shortage of new vehicles, he added.

To ease pressure on its system, FedEx tried to convince Christmas shoppers to start before Thanksgiving weekend.

“We really were hoping to change shopping behaviour and we really didn’t see that, to be completely honest,” said Brie Carere, the company’s chief marketing officer.

In recent years, shoppers have come to count on free shipping — at least from major retailers — and fast deliveries. By limiting shipments that they pick up — by day and even location — FedEx and UPS hope to keep their networks from bogging down, but it could lead to longer delivery schedules and upset consumers.

“The surge in volume is positive for pricing and should result in a record year as long as the network can sustain a relatively consistent operation throughout peak,” Becker told clients in a note last week.

UBS analyst Thomas Wadewitz said before Thursday’s report that higher labour costs “are a potential headwind” for FedEx. But, he said, the combination of strong volume growth and higher prices will help boost profit margins through the rest of the company’s fiscal year, which ends May 31.

Revenue climbed to $20.56 billion, up from $17.32 billion a year earlier and topping the analysts’ prediction of $19.33 billion. The increase was most notable in the company’s ground-delivery business that handles parcels, which booked a 38 per cent gain in revenue, helped by recent surcharges. Revenue from the air-express segment grew 14 per cent and operating income more than tripled.

FedEx had to spend more on labour — an increase of $1.2 billion, or 19 per cent, on pay and — and purchasing transportation to increase capacity, which rose more than $600 million from a year earlier.

FedEx shares have risen more than 90 per cent since the start of the year, compared with a 15 per cent gain in the Standard & Poor’s 500 index. They rose about one per cent in regular trading Thursday, to $292.26, before falling in extended trading.

Behind those dancing robots, scientists had to bust a move