Election promises for zero emission vehicles have a catch

As the federal election looms, leaders of all political stripes are promising to increase the zero-emission transportation sector through incentives and investments as a key tool to tackle the climate crisis. 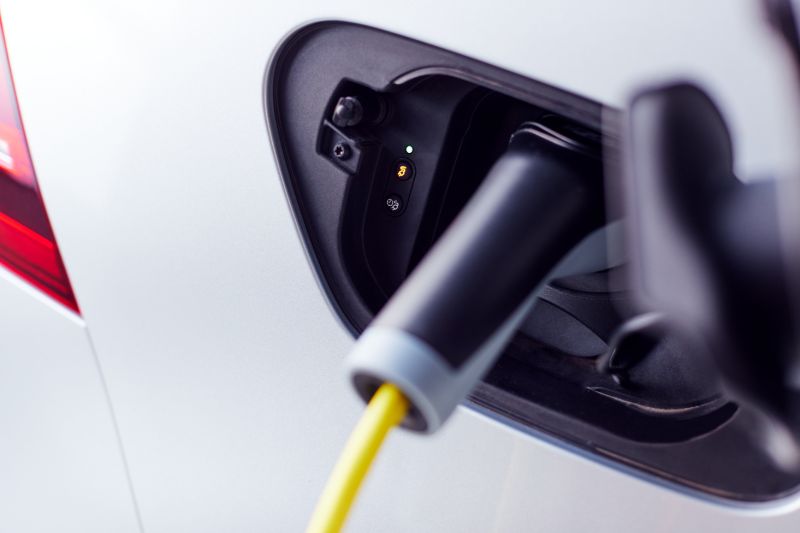 But there’s a catch.

Positioning Canada as a leader in electrifying the transportation sector also means increasing mineral extraction to fuel that growth. Batteries that propel electric vehicles are powered by minerals like lithium, cobalt, graphite and nickel.

The transition is necessary, given the implications of the alternative: continuing to burn fossil fuels as our means of getting around. The transportation sector in Canada currently accounts for around 25 per cent of national greenhouse gas emissions, around 180 megatonnes of carbon dioxide equivalent annually, according to Natural Resources Canada. As the recent Intergovernmental Panel on Climate Change report warned, “unless there are immediate, rapid and large-scale reductions in greenhouse gas emissions, limiting warming to close to 1.5 C or even 2 C will be beyond reach.”

At the end of 2020, Canada had over 200,000 electric vehicles on the road and according to International Energy Association projections, that number could rise to over 2.5 million by 2030.

The question is: what does the growth of the electric vehicle sector look like on a landscape level?

In northern Quebec, a new lithium-tantalum mine is set to start production in 2024 after receiving approval from the federal government in August, and several other Quebec lithium mines are in various stages of exploration and investment. The new Critical Elements Corporation mine will emit an estimated 74,000 tonnes of carbon dioxide equivalent annually, over its 20-year lifespan. In Northwest Territories, mining companies are eyeing cobalt reserves and across the country, mining activity is ramping up as demand increases for other minerals needed for the zero-emissions transportation sector, clean energy and other emerging industries.

Advocates for responsible mining practices caution that getting those minerals out of the ground also comes with its own environmental and social impacts.

“One of our concerns is that the transition to low-carbon energy sources and electric vehicles comes at the expense of negative legacies and mining impacts,” Nikki Skuce, co-founder of BC Mining Law Reform Network, told The Narwhal in an interview.

For example, Skuce has pointed to the ongoing impact of BC’s Mount Polley mine disaster in 2014, after a tailings dam failure led to 24 million cubic metres of mining waste being spilled into an important salmon watershed.

Merran Smith, executive director of Clean Energy Canada, said the growth of the electric vehicle sector could be a catalyst for Canada to address some of these issues and prevent future disasters.

“The opportunity for battery manufacturing, which is going to require an increase in metals and minerals, is an opportunity for us to really ensure we clean up mining from an environmental and a social perspective,” she said in an interview.

Not all political parties acknowledge the link between mineral extraction and widespread adoption of zero-emission vehicles, but each of the four largest parties vying for federal leadership promise to support the growth of the sector.

For example, the Green Party’s election platform highlights Canada’s opportunity to “become a world leader in cleantech and renewable energy,” noting those sectors are “where the jobs of the future are, and how we will stay globally competitive and build a prosperous sustainable future.” The party also promised to ban the sale of internal combustion vehicles by 2030.

Jamie Kneen, co-founder and communications coordinator at MiningWatch Canada, said he agrees this is necessary and important. But he also believes it would be missing the point to only focus the conversation on increasing electric vehicle sales and infrastructure.

“I think that any commitment or any discussion of zero-emission vehicles has to be in the context of our commitment to not using private vehicles,” he said in an interview. “The bigger question is, how are we going to actually shift the transportation paradigm so that it’s more accessible and more equitable and less carbon intensive? Just putting people into public transit makes a much more immediate and bigger difference, even if they’re diesel buses.”

The Green Party acknowledged this by committing to “ensure access to zero-carbon public transportation, with high-speed rail networks between major cities, and spokes of light rail and electric bus connections across the country.”

While the NDP election platform does not address mining directly, the party has promised to establish a research and development centre to “move forward related technologies such as hydrogen, batteries and energy storage solutions.” The party also committed to the Liberal government’s plan to phase out fossil fuel vehicles by 2035 and said it would increase tax breaks to make it easier for people to purchase electric vehicles.

Both the NDP and the Green Party also promised to expand charging infrastructure, including in rural communities, and invest in public transportation.

The Conservative election platform digs into the projected demand for minerals, with a promise to “take advantage of Canada’s abundant resources of the minerals needed to power our clean energy future.” The platform noted this would include “adopting policies to facilitate the responsible exploitation and mining of lithium.”

The Liberal campaign zeroed in on battery manufacturing and the connection to mining. “As the market for batteries grows, the global race is on to attract new manufacturing facilities and jobs,” the platform notes. The party has promised to “double the Mineral Exploration Tax Credit for materials on the Canadian list of critical minerals which are essential to the manufacturing of vital clean technologies, such as batteries.” This proposed tax break would cut costs for mining companies exploring for minerals associated with battery production.

Kneen said the public should be aware of potential consequences as a result of further subsidizing mineral exploration.

“What it does is support the exploration industry, which doesn’t necessarily lead to mining,” he said. “Something like one in 1,000 exploration projects turns into a mine. What it does is keep the helicopters flying in the Yukon.”

Pierre Gratton, president of the Mining Association of Canada, told The Narwhal more exploration is necessary if Canada wants to compete for a stake in the global battery market.

“We now have one rare earth mine in the Northwest Territories, that’s it. And it’s brand new,” he said in an interview. “There has been a dearth of base metal discoveries in the past 20 years, in Canada and around the world. We do need some new discoveries to come our way if we’re going to meet this challenge.”

He added that most of the domestic mines currently extracting the metals associated with batteries aren’t actually selling them to battery manufacturers.

“There’s very little of Canada’s current production that goes into batteries,” he said. “We are the fifth largest producer of nickel and a major producer of cobalt but it’s used for other purposes.”

Kneen said the truth of where Canadian minerals end up casts a shadow on a growing narrative that mining is vital for, and inextricably linked to, green technology.

“The extent to which 1/8the mining industry 3/8 is actually being bolstered by renewable energy demands is, I wouldn’t say marginal, but it’s not as big as industry is trying to tell us.”

Gratton said that Canada has an opportunity to use existing laws and regulations to support and promote responsible mining activity associated with battery production. He said that compared to other countries, Canadian mines have a significantly lower carbon footprint, given the access to hydroelectric power. As an example, he said Canada’s nickel production is second only to Finland in terms of greenhouse gases emitted per tonne of saleable product and has a fraction of the emissions per tonne released in countries like Indonesia and the Philippines.

“In terms of fighting climate change, one of the issues is all this extra material that’s going to be needed consumes a lot of energy,” he explained. “If that energy comes from fossil fuels, then we may be, on a net basis, still reducing 1/8emissions 3/8 but not as much as we could if we derive those materials from mines that don’t use fossil fuels, or use much less.”

“I’m sure Canadians wouldn’t want Canada to be the miner to the world for all of our electric cars but I think there would be pretty good support for Canada having a piece of it, knowing that if we didn’t it would be coming from other places where they wouldn’t be done as well,” he added.

China, for example, is well-positioned to secure a monopoly on the market if other countries don’t step up, according to Gratton. The Chinese government has less stringent rules and regulations on mining activity, both in terms of environmental impacts and human rights.

Skuce said Canada does have an advantage, if it lives up to its federal and provincial commitments.

“Like British Columbia, the federal government has now passed the UN Declaration on the Rights of Indigenous Peoples and needs to ensure that it is respecting that, which means mining companies should require free prior and informed consent on the ground,” she said.

Manufacturers are increasingly demanding assurances of responsible mining practices. Gratton said members of the Mining Association of Canada commit to a sustainable mining protocol framework, which include guidelines for climate change, biodiversity, water stewardship and more.

“It’s an emerging global system that provides the kind of assurance that the Apples and the auto manufacturers are looking for.”

The framework, which is informed by an advisory panel that has included members of MiningWatch Canada and former Green leader Elizabeth May, has been adopted in countries like Finland, Australia, Argentina and Botswana, he said, though each is at a different stage in implementing the protocols.

Kneen agreed the association’s framework is an important part of helping the industry adopt better practices and described it as a “useful tool for companies,” but as a new BC Mining Law Reform Network and MiningWatch Canada report points out, the framework is voluntary and BC alone is home to dozens of mines either actively polluting watersheds or posing risk to downstream habitat and communities.

While Kneen and Skuce admitted mining is likely to play a prominent role in the transition to clean energy and the zero-emission transportation sector, they both stressed the need for Canada to simultaneously focus on reduction and recycling as part of the solution.

“The easiest way to avoid mine waste problems is to make less mine waste,” Kneen said. He added current recycling facilities aren’t yet able to extract much lithium during the process.

“The cobalt or the nickel and other parts are kind of easier to separate out,” he said, suggesting that Canada could invest in research and development to reduce the amount of waste associated with batteries and support recycling facilities.

“We need to look at reducing the waste 1/8extracting 3/8 raw material produces and way more on recycling.”

BC’s Ministry of Environment and Climate Change Strategy announced last week that it will include electric vehicle batteries in the province’s five-year recycling strategy. The strategy puts the onus on producers — manufacturers, distributors and retailers — to take responsibility for the full life-cycle of products, to encourage a circular economy.

Both the Conservatives and Liberals promised in their respective campaigns to support the growth of battery recycling in Canada.

Skuce noted there are still important outstanding issues in the mining industry that federal, provincial and territorial governments need to address before supporting industry growth.

“There’s all sorts of innovations that we need to make sure we’re looking at while at the same time making sure that we’re closing the gap on regulations, laws, compliance and enforcement so that we can be a part of 1/8the transition 3/8 without putting watersheds and communities at risk.”