CALGARY—A decision by Encana Corp. to move its corporate headquarters to the US to gain access to needed investment is part of an ongoing story that’s a “tragedy for Canada,” says the CEO of oilsands producer Cenovus Energy Inc. 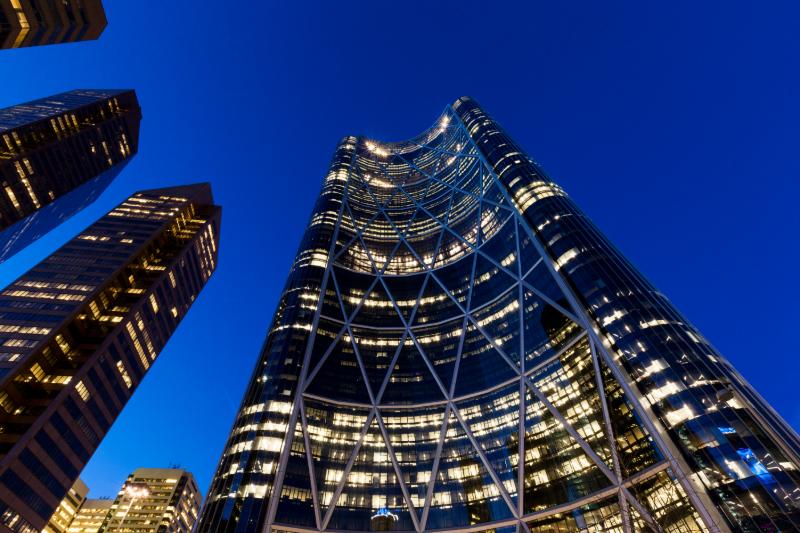 Alex Pourbaix said the move announced Thursday is similar to announcements by some drilling companies to move rigs south of the border to pursue more active oilfields, and the exodus of foreign companies over the past few years from the oilsands.

“I think this is a tragedy for Canada,” he said on a conference call to discuss quarterly results, adding foreign companies have taken billions of dollars with them as they left the Canadian oilpatch.

“Over the past five or six years, we have generally seen an exodus of investment, both by international companies and, frankly, Canadian companies, into this country and it’s an element of our competitiveness, our regulatory world that we’re in right now.”

Encana was once the largest company by market capitalization in Canada, he pointed out. Cenovus was created as a spinout from the company in 2009.

Encana, which is also changing its name to Ovintiv Inc., said Thursday having a US address will expose it to increasingly larger pools of investment in US index funds and passively managed accounts.

On a conference call, CEO Doug Suttles insisted the name and “corporate domicile” changes will not affect any Canadian staff, result in any layoffs or divert investment strategies in oil and gas formations in Alberta and BC.

“Make no mistake, we have a long and proud history in Canada and our assets here are world class,” he said.

“Our returns in Canada continue to be every bit as strong as the rest of our portfolio. We will continue to make profitable investments in the Montney and the Duvernay and manage these assets out of the Calgary office. We do not expect any impact on our Canadian workforce, either in the office or the field.”

“We estimate today that less than 10 per cent of our ownership is comprised of passive accounts, far less than the 30 per cent average for our US peers,” he said.

Analysts said the move is not surprising given Encana’s increased focus on oil and natural gas liquids plays in the United States over the past decade, culminating in its US$5.5 billion all-shares acquisition of US rival Newfield Exploration Co. announced a year ago.

“I am not surprised at all by the move,” said Jennifer Rowland, a US-based analyst with Edward Jones.

“Post the Newfield deal, 60 per cent of Encana’s production is in the US and two of its key growth drivers are in the US … Plus CEO Suttles doesn’t live in Canada; he lives in Denver.”

Alberta Energy Minister Sonya Savage said she is “troubled” by the Encana news but doesn’t think other companies are considering the same move.

“It’s not a surprise, Encana’s announcement, because they actually signalled it back in 2018 and they’ve actually been working towards this (since) 2015,” she told reporters.

“They’ve been moving their staff and their capital down to the United States. This has been happening for three years. So this is very specific to Encana.”’

Analyst Phil Skolnick of Eight Capital Research said the headquarters move is bound to lead to speculation about a sale of Canadian operations.

“It will beg the question of whether or not ECA will eventually sell or spin out its Canadian assets. We believe in this current market, this is not in the works,” he said in a report.

The company’s shares sank on the news, falling 37 cents, or 6.7 per cent, to close at $5.16 in Thursday trading on the Toronto Stock Exchange.

Encana can trace its roots to the Canadian Pacific Railway, which was granted subsurface mineral rights by the government of Sir John A. Macdonald, Canada’s first prime minister, as compensation for assuming the risk of developing the railroad. These rights were later inherited by Encana’s predecessors.

Previous iterations of the company included Pan Canadian Petroleum Ltd., formed in 1971, which merged with Alberta Energy Corp. to form EnCana in 2002. EnCana was split into natural gas-weighted Encana and oil company Cenovus in 2009.

Encana was the largest gas producer in Canada for several years—Suttles said the name change is in part designed to cast off the association with natural gas, a commodity whose overproduction in North America has led to depressed prices for years.

The rebranding is reminiscent of TransCanada Corp.’s move to officially drop the “Canada” from its name last May, renaming itself TC Energy Corp., a name it said better speaks to the breadth of its pipeline, power generation and energy storage businesses and its operations in Canada, the US and Mexico.

Encana also plans a share consolidation that will see shareholders receive one share of Ovintiv for every five common shares of Encana. It says it will continue to trade on both the Toronto and New York stock exchanges.

The company says its plan, which requires shareholder, stock exchange and court approval, is expected to take effect early next year. It says it doesn’t expect any significant cost.

—With a file from Lauren Krugel in Calgary