By Camille Bains THE CANADIAN PRESS On Nov 19, 2021
Share

VANCOUVER — Limited access is slowly being restored to some British Columbia highways, but a state of emergency declared after widespread flooding in the southern region means the province may impose an order to prevent passage except for essential travel and commercial vehicles. 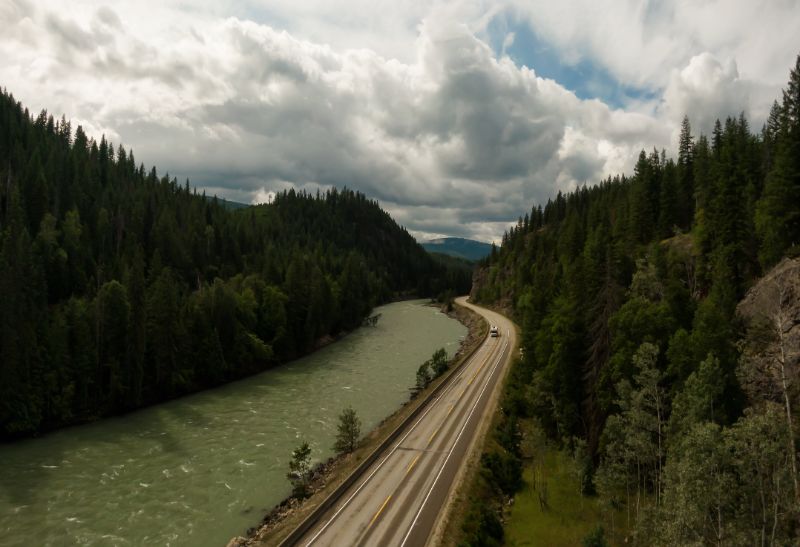 Public Safety Minister Mike Farnworth said details are expected Friday. They could include an order to prevent hoarding of food and other supplies and to prevent price gouging following the havoc caused by two days of record-breaking rain that led to flooding and mudslides.

“We’ve been through a lot already. And I know that there are still many challenging days ahead,” Farnworth told a news conference.

About 1,000 people trapped in Hope were able to leave Wednesday night when single-lane passage was permitted on Highway 7, he said, but an estimated 17,000 remain out of their homes while another 6,900 properties are under an evacuation order.

Around 2,700 properties are believed to be on evacuation alert, meaning residents must be ready to leave on short notice.

Farnworth said 120 Canadian Forces troops were to arrive in BC on Thursday evening and will be tasked to help with evacuations, logistics and diking.

Mudslides on Highway 7 near Agassiz trapped over 300 people overnight on Sunday before they were rescued and at least nine people whose vehicles tumbled down an embankment in that area were found.

The body of a woman was recovered from Highway 99 south of Lillooet, and RCMP spokesman Dawn Roberts said police have received reports about four people who are missing in that area.

“We do know that number is likely to rise once we reach a specific area,” Roberts said of the number of fatalities linked to a slide.

She urged people whose communities were evacuated to not return until local authorities have lifted those orders following assessments of infrastructure and flooding.

Transportation Minister Rob Fleming said Highway 3 and Highway 99 may be reopened to limited traffic in the coming days as the province prioritizes the movement of essential goods and services including gas.

He said Highway 1 on Vancouver Island has been reopened to single-lane traffic and 15 fuel trucks were refilling gas stations on Thursday.

“We’re doing what we can, everything we can, to re-establish transportation links around the province to get goods moving and people moving.”

“We’re also working with (Canada Border Services Authority) and our friends in the United States on creating a short-term interim measure for truckers to drive through the US, across the border, and then back up to ensure that supplies are there,” he said.

Alghabra said he also held a virtual meeting Thursday with industry groups and leaders to discuss ways of getting supply chains running at full speed as quickly as possible and that officials included those from the Port of Vancouver, the trucking industry and CN and CP railways.

B.C. Agriculture Minister Lana Popham said her ministry has prioritized food and water delivery to barns for animals that are in critical condition after transportation routes were cut off by flooding to farms in the Abbotsford area.

The Wildfire Service is dropping water containers by helicopter, Popham said, adding feed found at the Port of Vancouver that was destined for China will be rerouted to the Fraser Valley.

“We’ve also had our neighbours in Washington reach out with resources for us. And, of course, all provinces across Canada are stepping up and it’s really quite amazing to see,” Popham said.

“There are absolute concerns from farmers that need to get back into their barns to try and help their animals. This is a really painful moment for farmers.”

Popham said people should not be “panic buying” because the region’s food supply is secure. Store shelves have been emptied in some areas, however.

“We’re just rejigging routes to get to the folks, but we’re definitely not going to run out of food,” she said.

“We’ve got the entire country that is willing to send us what we need and we are working with retailers and distributors to make sure that food gets to where it needs to go.”

Henry Braun, the mayor of Abbotsford, said there’s an urgent need to repair broken dikes in his Fraser Valley community as the forecast calls for more rain and a river in Washington state is still pushing water north.

Showers had returned Thursday after two days of sunshine, and Braun said he’s worried about next week’s forecast.

The Nooksack River in Washington state has forced the flood level up another 15 centimetres, Braun said, though a pump station is pushing out 2.2 million litres a minute.

“We are still not pumping anywhere near the amount of water out of the system that is coming into the prairie across the border.”

Braun said he mentioned in conversations with Prime Minister Justin Trudeau, Premier John Horgan and other provincial ministers that the repair bill could be costly.

The community had a cost assessment of $400 million a few years ago to rebuild the same dikes that have now been breached but the final price tag may reach $1 billion, he said.

— With files from Dirk Meissner