By James McCarten THE CANADIAN PRESS On Feb 13, 2020
Share

WASHINGTON — With a new continental trade deal all but done, it might be tempting to think that cross-border business anxiety will soon be a thing of the past, at least for a while. 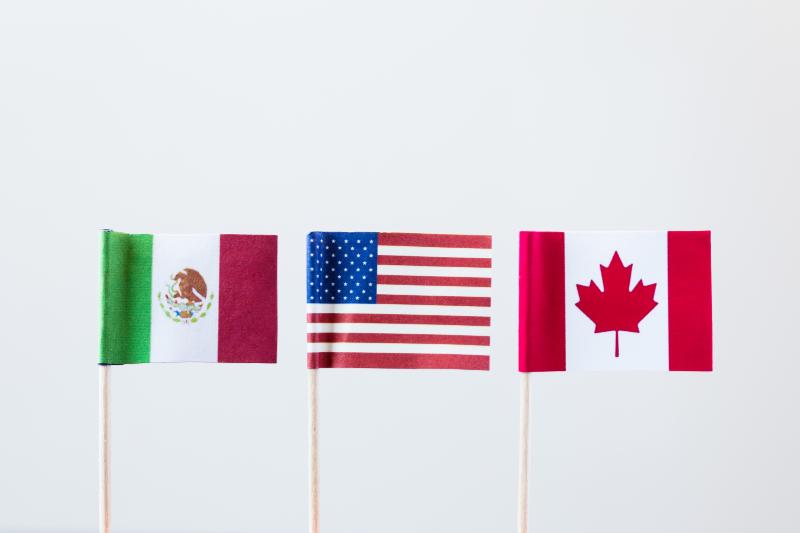 But as the NAFTA era gives way to the age of the US-Mexico-Canada Agreement, experts say it’s time to focus once again on Buy American, an age-old protectionist tool that some fear could be on the verge of a new dawn regardless of whether Donald Trump or a progressive Democrat is in the White House next year.

The president’s signature on a new USMCA implementation bill was barely a week old when reports began to surface of a draft executive order that would pull the US out of a procurement agreement under the World Trade Organization that provides signatories, including Canada, preferential access to US government contracts worth more than $800 billion a year.

The White House has been silent on the subject, and the office of US Trade Representative Robert Lighthizer did not respond to queries Monday. But the reports clearly caught the eye of the federal government in Ottawa, where the House of Commons is moving toward ratifying a NAFTA replacement that lacks the procurement provisions of its predecessor.

“We did talk about it,” Deputy Prime Minister Chrystia Freeland said last week in Washington after meetings with US lawmakers and government officials, including Lighthizer. But she refused to elaborate, citing her long-standing pact with the American trade ambassador to “keep our private discussions private.”

The radio silence has made it hard to gauge how real the threat is, but experts acknowledge that Canada needs to be prepared for the worst-case scenario.

“We’re talking about Donald Trump,” said Patrick Leblond, a public policy professor and trade specialist at the University of Ottawa and a senior fellow with the Centre for International Governance Innovation in Waterloo, Ont. “Anything’s possible.”

There are exemptions where Canada would continue to enjoy preferential access even outside of the agreement, in particular in the area of defence, where the shared interest in defending North America’s borders has long compelled the two countries to treat each other as one.

But even if a withdrawal doesn’t come to pass, it drives home the point — especially with USMCA just months away from becoming the law of the land — that Canada and the US still have dramatically different approaches to trade policy, Leblond said.

“It goes against the idea of free trade. We’re just reimposing protectionist measures, which ultimately is bad for business on both sides,” he said.

“You have ultimately a protectionist administration that doesn’t look at trade agreements in terms of ‘OK, let’s free-trade, let’s make it easier to do business across borders.’ What you have is an administration that negotiates bilaterally and limits the amount of preferential access in order to see what it can get for the United States.”

It’s part of the reason why Freeland was in Washington last week in a high-powered trade delegation that included the premiers of Alberta, Saskatchewan, Ontario, Quebec and New Brunswick, all of them seeking to champion the USMCA, decry Buy American sentiment and sell their congressional and gubernatorial counterparts on the merits of cross-border business opportunities.

It’s all a bit reminiscent of the early days of Barack Obama’s presidency, when the effort to dig out from under the financial crisis of 2008 resurrected a protectionist mood and US lawmakers worked to ensure that companies and workers in their regions were the primary beneficiaries of the president’s big-ticket economic stimulus package.

That put Canadian businesses on high alert and triggered a diplomatic effort to ensure Canadian interests were represented at the table, said Scotty Greenwood, chief executive of the Washington-based Canadian American Business Council.

“It made a lot of sense for all of the reasons that we talk about all the time: proximity, the relationship, the efficiency of the supply chain and the integration of the markets — all of those things,” said Greenwood, a former U.S. diplomat in Ottawa.

“But it requires constant minding to remind policymakers that it’s much more efficient and it makes a lot of sense to approach some of the big challenges together than it does to put up these artificial fences around what’s an otherwise very integrated economic space.”

It’s also a reminder that protectionism can be a bipartisan sentiment, said Leblond — and that a change of administration won’t necessarily mean greener pastures for free-trade champions north of the border.