Smart technology may change how cities and supply chains interact

A human driver takes a truck eastbound out of Toronto to a hand-off parking lot along the 401 Highway. From that point, the truck then drives itself, without being directly piloted by a person, towards Montreal where it stops at another hand-off parking lot, similar to the first one, close to that city. The vehicle waits until a second human driver takes control and drives the truck into the city of Montreal. Eventually, artificial intelligence (AI) will allow such vehicles to travel warehouse to warehouse by themselves. 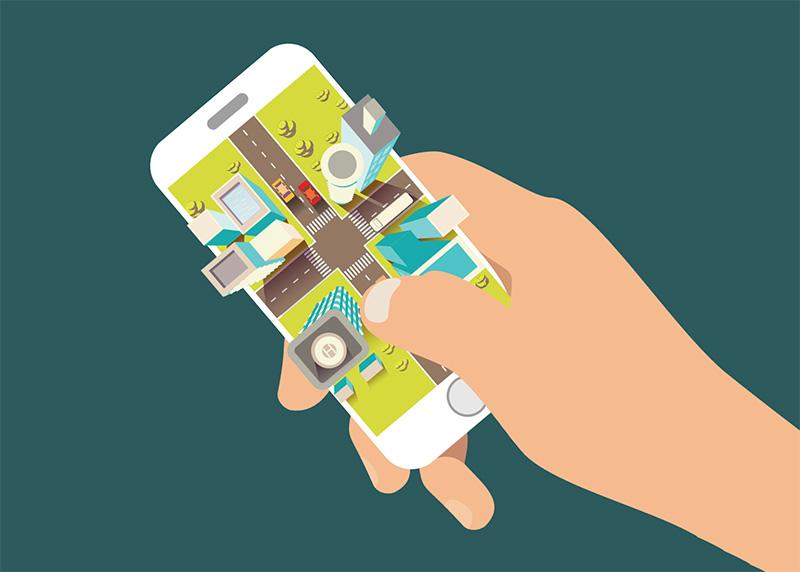 These are just some of the developments that could be in store for the worlds of supply chain and transportation as technology advances, says Barrie Kirk, executive director of the Ottawa-based Canadian Automated Vehicles Centre of Excellence (CAVCOE). Long-distance trucking will eventually migrate to connected and automated vehicle (CAV) technology, enabling scenarios like the above.

“Given the shortage of long-distance drivers, which will get worse, this technology will be a big benefit to the trucking companies,” Kirk says.

Municipalities around the world are using so-called smart city technology – including big data and Internet of Things (IoT) sensors, robotics, geospatial technology and others – to gather data in areas like traffic congestion, energy use and air quality. Transportation and supply chains will be among the areas affected by these advances, Kirk says.

Volvo, for example, is already testing “Vera,” an electric truck with no cab that it hopes to use in ports, factories and similar environments in which logistics is key, Kirk notes. Vera is controlled and monitored via a control centre and can potentially make transportation safer, cleaner and more efficient, the company says. The vehicle will form part of an integrated solution to transport goods from a logistics centre to a port terminal in Gothenburg, Sweden. The aim is to implement a connected system consisting of several Vera vehicles monitored by a control tower.

“The vision is to increase the speed and range so that Vera can travel further on regular highways,” notes Kirk.

Local goods delivery (right to the front door) will also eventually switch to autonomous trucks, he says. Ford Motor Company, in collaboration with Agility Robotics, for example, has created a two-legged robot named “Digit” that can make home deliveries. The robot can walk, go up and down stairs and carry packages of up to 40lbs. Digit can get parcels from a driverless, autonomous vehicle and deliver them to front doors.

Safety and traffic flow
While these scenarios sound as if they were pulled from science fiction, the two main advantages of such technology are improved safety and a resulting reduction in the number of collisions, traffic deaths and injuries, as well as improvements in the flow of traffic. At the same time, one of the biggest challenges is the cost associated with deploying the technology on roads, and related infrastructure.

“It will be financially impossible to deploy this on every highway, arterial, urban road and rural road across the country,” Kirk says. “The trend will be to be selective, such as using the technology in high-density urban areas.”

There are two key strategies associated with smart city technology: infrastructure-based and vehicle-based, Kirk says. One example of the infrastructure approach can be found at the L5 CAV test site in Ottawa. This is a 1,866-acre, fenced and gated plot of land managed by Invest Ottawa. It includes 16km of paved road, smart traffic intersections and a combination of pedestrian crosswalks, one-way traffic lanes, streetlights and other approximations of urban life.

The area also includes high definition cameras, sensors for temperature, humidity, atmospheric pressure, wind, motion, acoustics, road pavement temperature (for icy conditions) and a private cellular network provisioned for the entire site, including the new 5G system. The facility is designed as a proving ground for the pre-commercial development and advancement of CAV technology.

“The other approach is to equip vehicles with sensors for weather – especially road weather – and to share that information with other vehicles,” Kirk notes. “This is especially useful for fleet operators who have vehicles which can be simultaneously providers and users of information.”

Early versions of these technologies are already in use, he says. A well-known example is the equipment fitted to emergency vehicles that allow them to communicate with traffic signals, switching them to green. This allows the vehicles to reach an incident quickly. And while testing for communications between signals and private cars is underway, commercial rollout is likely a few years away, Kirk says.

Real-world applications
Supply chain and transportation companies are increasingly keeping their eyes on these developing technologies. Windsor-based Laser Transport Inc., for example, has been monitoring potential projects that use smart technology, says its CEO Adam Pernasilici. One of the undertakings is a pilot project that involves traffic flow at the US border and Huron Church Road in Windsor, the main thoroughfare approaching the Ambassador Bridge to Detroit, Michigan, which carries over a quarter of the $700 billion in goods traded annually between the US and Canada.

The Institute for Border Logistics and Security (IBLS) and the City of Windsor are working on the pilot, which uses Miovision TrafficLink along Huron Church Road to gather data and optimize traffic along the corridor. Smart traffic signal technology can provide traffic engineers data to find small changes that can make a big difference in traffic flow. The signals give information including travel time between signals and classification of vehicles at each signal while also providing alerts of congestion in the area.

“They were reasonably successful,” says Pernasilici of the pilot. “The outcome was a 20-per cent increase in flow within a couple of weeks. As a cross-border carrier, we’re crossing the bridge dozens of times a day. If you’re telling me you’re going to get a 20-per cent increase in efficiency multiplied across all of the trucks that are crossing, that’s absolutely massive.”

For Pernasilici, such advances offer opportunities to move away from silos towards a cooperative ecosystem for transportation and logistics. Trucking is often slow to adopt new technology, he says. The industry can be inefficient, running empty miles. Idling trucks can have a negative impact on a company’s carbon footprint.

“How do we fix that? I think the answer is in smart cities and mobility,” he says.

Just across the border from Windsor, the city of Auburn Hills, Michigan has partnered with German automotive technology supplier Continental to create a Smart City Mobility and Transportation Hub to test and improve traffic flow, reduce pollution and increase safety at two of the city’s intersections. Among other things, the hub uses sensors and software integrated into the city’s infrastructure to communicate potential dangers to approaching connected vehicles and pedestrians. There’s a wrong-way driver (WWD) detection system that warns of a vehicle headed the wrong way. Smart technology is also collecting information about location and movement patterns for pedestrians and vehicles.

“On a macro level that’s a big play – they’re turning a geographic area into a competitive advantage,” he says. “Who doesn’t want to live in an area where it’s easier to commute, or the air quality is better, or it’s easier and more cost effective to do business?”

As smart technology advances, early adopters and those that participate in pilot programs will be the ones best able to gain a competitive advantage, Pernasilici says. Those left behind will have a major learning curve.

“My advice would be, don’t get left behind because it’s moving quicker than we can follow,” he says. “You’ve got to get your foot in the door somewhere.”

For his part, CAVOE’s Barrie Kirk advises that the past is often a poor guide to the future. Technology used in smart communities, roads and CAVs are very disruptive and the past 20 years won’t forecast the next two decades very well. Don’t assume the future will be a linear extrapolation of the past. Today, we’re at a similar point in history as people at about the year 1900, Kirk notes. Then, disruptive technologies included the first cars, planes, telephones, radio transmissions and electricity. These technologies were the bridge between the old agriculture-based economy of the 1900s and the new industries of the 20th Century.

“Today’s disruptive technologies are smart communities, CAVs, artificial intelligence and robotics,” he says. “Together, these will have an impact on the 21st Century every bit as broad and deep as the disruptions of 120 years ago