From the August 2020 print edition

Growing up, I was very interested in watching television shows that focused on science fiction. I especially enjoyed films featuring robots in their plot. 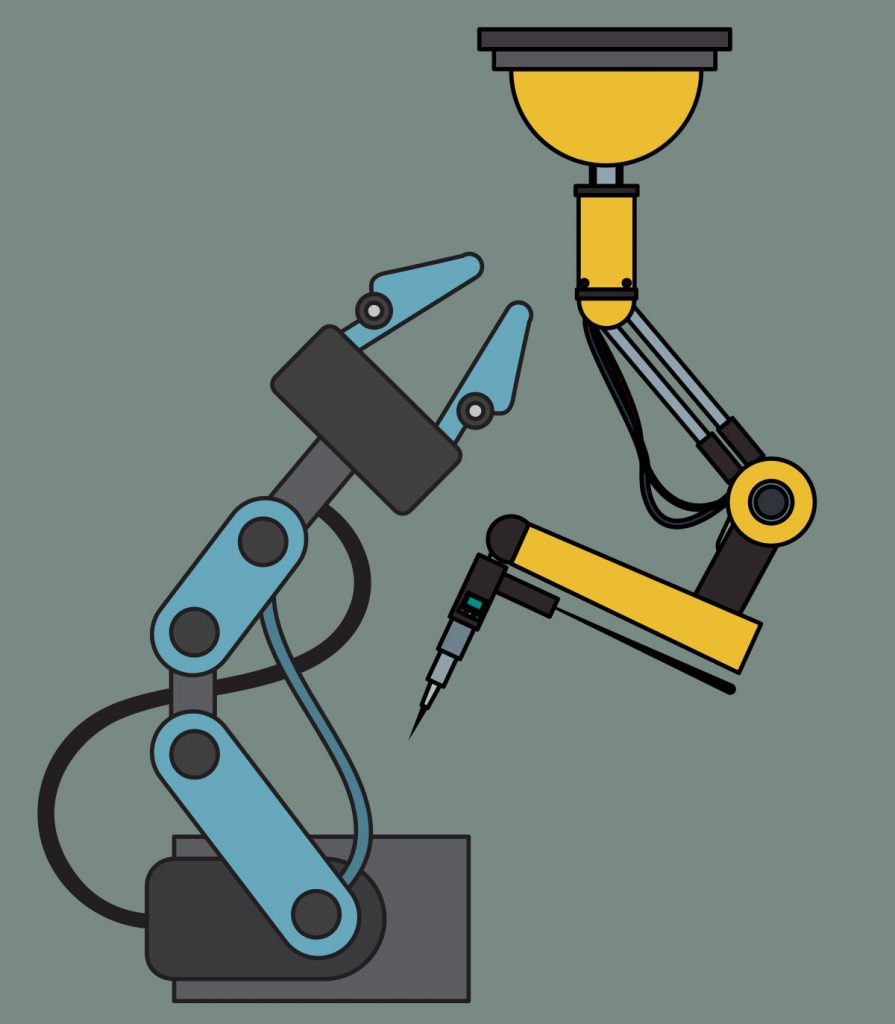 Watching those films, my first perception was that the robot had a particular purpose to assist in supporting the crew on a spacecraft. However, to add a spin to the film, the robot often seems to have a sinister motive. This certainly made watching the films entertaining and kept viewers on the edge
of their seats. Eventually, several TV series, such as Lost in Space and Dr. Who, featured robots in their weekly broadcasts.

The reality of robots, of course, is much more down to earth. The application of robots that have been deployed in distribution centres and warehousing are also utilized in other sectors such as manufacturing. These robots can include robotic welders, police services such as bomb disposal robots, military use for surveillance such as drone aircraft, which are referred to as aerial robots, and robots used in path finding in highly dangerous and tense conditions.

Of course, robots are no strangers to the facility maintenance sector, for example industrial cleaning robots in airports and shopping malls.
Many organizations that utilize robots do so to eliminate humans from undesirable job activities like so-called grunt work, dangerous tasks, unfavorable environmental conditions where personal protective equipment (PPE) is considered cumbersome and in some cases – especially prior to the coronavirus pandemic – to deal with labour shortages. The underlying theme is to move humans away from these functions and focus on expanding their potential for other functions and roles.

The benefits of using robots in distribution and warehousing include allowing organizations to reduce their operating costs. This provides more labour stability due to less employee turnover, enhancement of employee productivity, reduction in error rates which impacts both internal and external customers and optimization in achieving successful inventory accuracy, storing and picking functions.

Evolution
Just like many other vocations, supply chain management has evolved considerably, especially over the last decade. This has included more focus on technology enablers, which is the marriage of software and hardware.
Online shopping has been growing by leaps and bounds over the past five years. Coupled with the coronavirus pandemic, the demands on distribution centres have been heavy, including the increased load on logistical providers.
There are various types of robots used in distribution centres, including the automated guided vehicle (AGV) which either follows tracks, marked lines or wires along the floor.

It is used in settings in which goods are heavy and bulky and raw materials are transported from the receiving dock to the warehouse, then ultimately to the production line.

Another type is the autonomous robot, which is sometimes referred to as an autobot. This robot performs automatic tasks in any environment with little or no human intervention required. The tasks done by this type of robot could be regular household cleaning for floors and carpets. This type of robot utilizes sensors and cameras for navigation in the area in which they are working.
An automated storage and retrieval system (ASRS) is another type of robotic used in supply chain. These systems consist of a variety of software programs designed for automatically placing and retrieving loads from pre-
defined storage bin locations.

Gantry robots usually operate in a manufacturing environment and are used to pick and place. These industrial robots are also called Cartesian or linear robots. They are usually large systems, but they can also be used in welding and other applications. Gantry robot systems provide an advantage in large work areas and can help with ensuring accuracy.

Some of the material handling devices that are used on robots are forks, clamps, grippers, vacuums or some hybrid solutions; it depends on the items being handled.

Advancements in robotics have been enabled with new, enhanced technologies in both hardware and software, coupled with the Internet
of Things (IoT) and artificial intelligence (AI). Warehouse management software (WMS) is the backbone of the distribution centre information flow. Data flows for order entry right through to fulfillment.

Before such an investment in adopting robots is considered, it pays to study your distribution centre’s operations, which includes a review of the key performance indicators (KPIs) and identification of areas that need improvement. Those improvement areas will need to be addressed since adding automation will not mitigate the problem but just add frustration. You have to think of the investment as if it were a full-blown ERP system evaluation, which includes process mapping, data scrubbing, clearly defining the end result and so on. If you still have stock outs then the cause could be poor vendor performance, inadequate planning parameters or location control accuracy.

Robots will not solve a delivery performance issue. Such issues can include what interface is required with your current ERP platform to WMS for data flow to the robots, how many ‘spare’ robots you should have in case one goes out of circulation, the cost of additional labour
to maintain and so on.

One persistent myth is that robots are expensive. However, like any other product lifecycle, the costs have decreased over time. A good example is the flatscreen monitor. When they were first introduced the price point was high, but today their pricing is much lower

and includes more features. There are many robotic manufacturers and there are now options to either purchase, lease or rent.

If you look at the evolution of continuous improvement in supply chain management, robots are just one element. Supply chains never settle on the status quo. The other elements in supply chain have been various systems and the evolution of data systems including MRP, MRP II and now ERP, coupled with other enablers such as WMS. Technology has played an important part, such as barcoding for inventory control, inventory compliance and tracking. Logistics firms have web portals where you can track your goods and get notifications on their status. However, with all the data and email notifications there has been an increased need for supply chain analysts relative to data analytics.

Data integrity is the nucleus of an effective supply chain model, such as the data elements in the Item Master of an ERP system, including ATP (Available to Promise). At the same time, data integrity must be in place before implementing more automation, including robots.