Watching a $300 3D desktop printer at work, it’s easy to get the impression that the technology will soon replace conventional methods of manufacturing. However, while 3D printing, or additive manufacturing, is finding growing use on production floors, its high costs, slow production speed and material limitations restrict how and where the technology can be economically deployed. 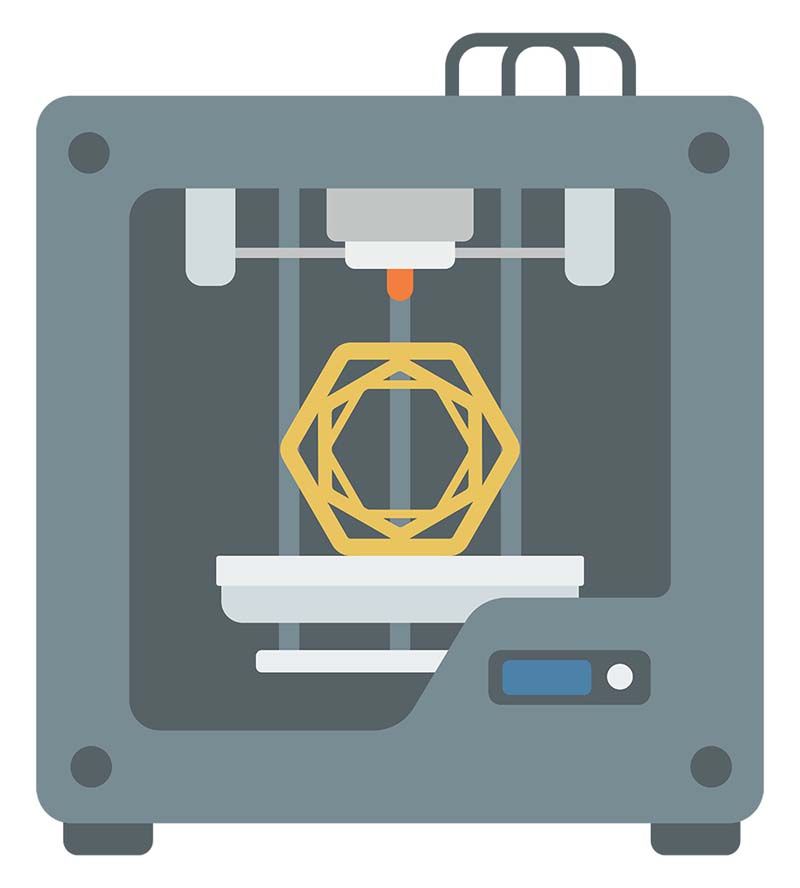 “The idea that you can print anything, and that printing will replace other manufacturing means is the biggest mistake” says Tharwat Fouad, founder and president, Anubis 3D, which specializes in 3D printing of customized end-of-arm robotic tooling. “3D printing complements traditional manufacturing as one more tool which can do certain things that you cannot do easily with other methods.”

The technology has been widely used for prototyping since 3D plastics printers were introduced in the 1980s. In the last decade, the technology became more viable for production, with the range of printable materials growing from a handful to hundreds, and machines getting significantly faster and cheaper.

Printing with metals is newer and less advanced. Costs of machines are still extremely high – often in the $1 million range – and printing often has to be supplemented by other processes such as machining. As well, material characteristics often necessitate compromises.

In either case, the physical properties of 3D printed components can differ significantly from those of traditionally manufactured ones. 3D printed products, consequently, require significant design work.

“There’s a lot of engineering that goes into creating manufacturability plans with these printers,” says Graeme Findlay, marketing director at Precision ADM in Winnipeg, a provider
of a variety of additive printing services. “And then also, there’s the post processing.”

Natural markets
Production use cases for the technology are opening up in selected areas that are not well served
by traditional manufacturing.

In healthcare, 3D printing significantly reduces the time and lowers the cost of making customized implants and prosthetic devices.

“There is a natural market here for mass customization because each one of us humans has a unique shape,” says Gilles Desharnais, CEO of Montreal-based additive manufacturer Axis Protypes, which has recently transitioned from prototyping to specialized production. “So when you deal with things
that are medical or dental, the capability to mass customize means that you can produce appliances
or tools that are specific to the individual patient.”

There’s now evidence that custom printed knee implants produce better outcomes than the off-the-shelf equivalent. “Tests are still ongoing,” says Findlay, “but early results indicate that when you’re able to produce an implant that is specific to the patient, the outcomes have been better for the patient than off-the-shelf implants.”

3D printing can also create shapes and textures that were not possible with other methods, opening the door to innovative medical solutions. A metal implant called a spinal cage, for example, employs a lattice framework that allows tissue to grow into the gaps.

The widest use, however, is in dental, where on-demand printing of orthodontic appliances and implants is transforming the industry. “In the dental market, we now have pieces that are being printed right in the dentist’s office,” says Findlay.

“A turbine vane is a collection of many parts,” says Findlay. “With 3D printing, we can combine a lot of these parts into one. Now we’re reducing the number of parts, simplifying the repair process, and it will also perform better because there are fewer parts that can break down.”

This practice is particularly beneficial in aviation, where consolidated parts can be lighter and stronger than their equivalent, reducing fuel costs, eliminating failure points and simplifying maintenance and administration.

Replacement parts for critical equipment is another promising area.

“One example is these gas turbine engines that are running in the oil sands,” says Findlay. “What happens is that some of these engines will break down, and they need turbine parts to replace them. But a lot of these parts aren’t made anymore. We’re able to help by reverse engineering and printing a broken part.”

Printing is also playing a growing role in producing tooling for industrial equipment such as CNCs and, in the case of Anubis 3D, specialized tooling for robotic applications.

Producing at volume
As machines get faster and prices continue to drop, 3D printing is becoming viable at higher volumes, particularly where faster development and reduced setup times are advantageous. Last year, Precision ADM was able to use polymer printing, the most advanced category, to produce millions of nasopharyngeal nasal swabs for COVID testing; the largest run of a single 3D-printed medical device in the world.

One of the key trends to watch is consumer markets and replacing broken parts of devices may be a key inroad. “I think there’s a market for the average consumer where maybe you broke the back of your TV remote, and you go to Home Depot and print a new one,” says Findlay.

Another is the progression from medical devices to consumer devices such as sports helmets. “3D printing opens the door to a number of embryonic solutions that point to the way things are going
to go in the future,” says Desharnais. “One of these is the custom sports helmet to reduce concussions. The NFL is currently sponsoring projects for that.”

The trend will explode when, perhaps seven to 10 years down the road, printing can compete with methods like injection molding.

“The first step is getting the technology to the point where I can print 10 times what I’m printing today at half the cost of materials,” says Fouad. “Then I can easily compete with two to five million molded parts.”