Ahead of the curve

Investment in innovation will rise over the next two years as nearly 80 per cent of supply chain leaders say their digital transformation accelerated during the COVID-19 pandemic. 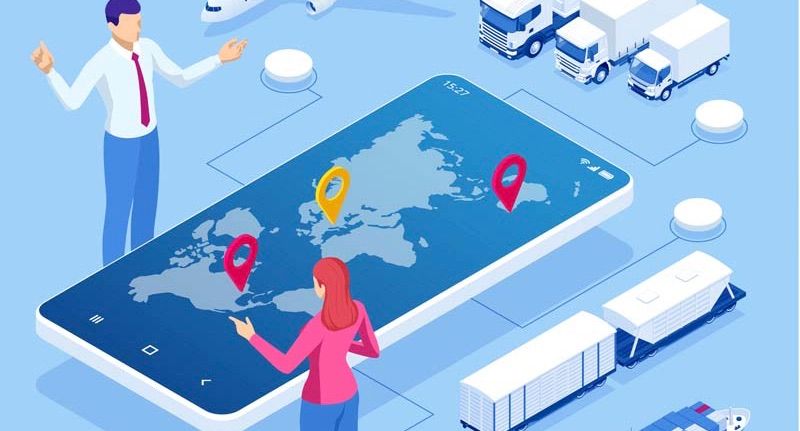 That’s according to an industry report from the Material Handling Institute (MHI), released during the MODEX 2022 conference in Atlanta recently. This year’s conference, which is held every two years, saw over 37,000 visitors at the Georgia World Congress Center. Over 857 exhibitors showcased advances in manufacturing and supply chain technology and innovation.

This year’s industry report, entitled Evolution to Revolution: Building the Supply Chains of Tomorrow, highlighted that push for innovation. The report gives insights into trends and technologies transforming supply chains and the priorities of those running them.

Report results
Many organizations are ready to spend big bucks to benefit from that technology. Of the 64 per cent of respondents increasing investments, two out of three said they will spend more than $1 million over the next two years. Investments are growing especially in the middle ranges from $5 million up to $100 million – where 41 per cent say they spend over $5 million and 18 per cent say they will spend over $10 million.

The results come from survey responses from over 1,000 manufacturing and supply chain leaders from a range of industries who were queried at the end of 2021. Overall, 81 percent of respondents hold executive-level positions such as CEO, vice-president, general manager, department head or engineering management. Participating companies ranged from small to large, with 59 per cent reporting annual sales of more than $50 million, and 13 per cent reporting $1 billion or more.

This year’s report, the ninth in a series of annual industry reports published by MHI and Deloitte, provides updates on the technologies with the most potential to transform supply chains, including projected adoption rates of the next five years for each of the 11 technology categories covered and an analysis of common barriers to adoption.

Robotics and automation continue to top the list of innovations that survey respondents believe have either the potential to disrupt the industry (17 per cent) or to create competitive advantage (39 per cent). Yet a handful of other technologies are close behind, including predictive and prescriptive analytics; sensors and automatic identification; autonomous vehicles and drones; and AI technologies.
While hiring and retaining qualified workers has been the top supply chain challenge in the past, this year saw disruptions and shortages at the top with 57 per cent – presumably due to the pandemic. Talent issues (54 per cent) and customer demands (51 per cent) remain priorities, but in the context of avoiding disruption.

For the first time, ‘lack of a clear business case to justify the investment’ was cited as the leading barrier to adoption for all 11 technologies in the report.

Near-constant disruption
Each year sees more survey respondents say they’re adopting technology, John Paxton, the CEO of MHI, told an audience during a presentation of the survey’s results. Last year’s report, released during the pandemic’s height, saw a shift to “innovation-driven resilience” and dealing with disruption, he said. The past two years have seen near-constant disruption.

“Every time you turn around there are new challenges,” he told the audience. “It’s like drinking from a fire hose, or better yet, standing against a wall and being blasted by a fire hose.”

Disruptions will continue, Paxton said, with the war in Ukraine causing shortages of components used to make microchips. But supply chain professionals can view this as a “glass-half-full” situation. According to the report, 87 per cent of respondents said the pandemic had raised supply chain’s strategic importance, while 78 per cent said it accelerated transformation.

What’s more, the report projects “revolutionary adoption” growth over the next five years, said Thomas Boykin, senior supply chain specialist from Deloitte, who moderated a panel on the topic. While the pandemic saw reduced investments in supply chain, investments should rise over the next two years. Overall, 66 per cent said they plan to spend over $1 million over the next two years, while 41 per cent said they will spend over $5 million. A total of 18 per cent plan to spend more than $10 million.

Panelist Torsten Pilz, senior vice-president and chief supply chain officer with Honeywell, agreed with survey findings showing 87 per cent noted the pandemic and disruptions have altered the strategic importance of supply chains and accelerated digital transformations. His company sped up its transformation process when the pandemic and other disruptions hit, Pilz said.

Many organizations have underinvested in supply chains for at least the past 10 years, Pilz said. Just-in-time supply chains, which are long, complicated and need a lot of synchronization, are struggling. Supply chains can usually handle one disruption at a time. But many have been hit by several simultaniously, making things worse. “As soon as you throw three, four different things at it, things start to break, and that’s what we’ve seen,” Pilz said.

“You have a dichotomy that’s really going to merge together pretty soon to where, it’s not just a production worker labour crunch, it’s also very much a skilled engineering labour crunch,” Minghini said.

One hope was that more young people want to major in logistics and supply chain in post-secondary programs, said fellow panelist Terry Esper, associate professor of logistics, The Ohio State University. Some students now see supply chain positively, since it kept society and the economy running during the pandemic.

“That kind of heroic narrative increased the students that have walked in the door saying, ‘I want to major in supply chain,’” Esper said.

Even before the pandemic, emerging supply chain technologies were becoming more impressive, said panelist Adrian Kumar, vice-president and global head of operations and science and analytics at DHL Supply Chain. Through technology transfer into supply chain from other industries, the company invested $300 million centrally to funnel 10 to 15 key technologies into their operations, he said. That process became even more important during and after the pandemic. “It has greatly accelerated our investments in these technologies,” Kumar said.

As the first MODEX show to be held live since the pandemic’s beginning, this year’s event allowed participants to discover cutting edge solutions and learn about supply chain’s latest trends. SP

The Power of Transformation