From the December 2021 print edition

The CEO of a major light fixture company used to quip that the incandescent bulb is 95 per cent efficient. Then he’d deliver the punch line: “at generating heat.” 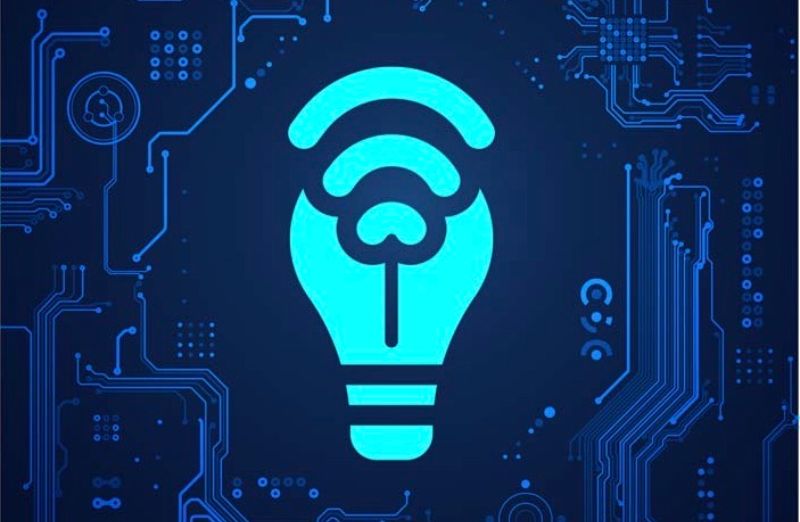 Industrial lighting has seen significant improvements since the days when incandescent bulbs, ranging in lighting efficiency of three to five percent, were the predominant source of illumination in factories and warehouses. While LED lighting is by no means perfect, it’s efficient enough to create solid business cases for replacing more recent technologies such as florescent and halogen lighting.

“LED lights have come so far from the old technology that without question, projects should reduce hydro costs by 50 per cent or more,” says Mike Leider, CEO of Toronto-based Leader Lighting and Energy Services. “It’s one of the fastest paybacks of any capital project you can do with a facility.”

If the lighting hasn’t been upgraded in the past five to seven years, Leider says, a lighting project is likely to be very beneficial from a financial perspective.

Simply changing fixtures, however, only scratches the surface of what is possible. When LED is combined with smart sensors and controllers, savings from lighting upgrades can far exceed those from replacing lighting elements alone. The key is eliminating unnecessary lighting.

“One of the most common mistakes people make is over-lighting,” says Leider. “Why illuminate a whole row of a 300,000- to 400,000-foot warehouse when the forklift operators are only going to be going into the first 20 feet for the next hour? Or why keep the lights on when a facility is empty during lunch hour?”

Thanks to current sensor technology and the controllability of LED elements, lighting levels can be more precisely matched to requirements. “Sensors are more intelligent than they used to be,” says Leider. “Where it used to be a simple on-or-off based on somebody triggering the sensor from underneath, we now have the flexibility of incorporating dimming into the motion sensors. For example, if nobody is in the department for a certain period of time, we can have the lights dim to whatever percentage we want. It can go down to 50 per cent, or it can go down to 10 per cent. We can also incorporate light sensitivity during daylight hours, where there’s a window and the lights are not required.”

Better control can also help match the lighting levels to work profile. For a particular area, there might be a minimum level required for safety, another for specific task work, and another for maintenance during a weekend shutdown.

A systematic approach
To benefit fully from recent lighting technology, companies need to invest the time and effort for a much more thorough needs assessment than they may have done in the past. This requires monitoring the use of light over a representative period and then analyzing the results.

“A trick we do is bring in a light-motion sensor and set it up,” says Bruce Taylor, CEO of energy consulting firm Enviro Stewards. “We might then be able to tell a client, for example, that a facility was lit 83 per cent of the time but it was only occupied 12.3 per cent of the time. So, if the company had a controller regulating the lighting, this is how much it could save.’”

Outdoor lighting is an important category that is often overlooked. Exterior light fixtures are high wattage, Taylor notes, and lighting a parking lot or an equipment yard can consume a significant amount of energy.
There are indirect savings as well. For example, the heat from lighting fixtures can place unwanted stress on cooling and refrigeration systems. “In the food industry, a lot of these lights are in freezers,” says Taylor, “so you’ve basically got heaters in your freezers. So, when we calculate the savings, we include the reduction in freezing or air conditioning costs, which makes the payback faster for those types of areas.”

LEDs last longer as well, Taylor points out, so maintenance savings from less frequent element replacements are another important advantage that needs to be factored in.

Beyond the bare minimum
LED upgrades aren’t only about reducing energy costs. Better control of light levels can also make the work environment more comfortable for employees and help them to be more productive.

“Lighting has an impact on performance and the quality of work being done,” says Leider. “If you provide the bare minimum, you’ll get the bare minimum, which is keeping people safe. But for good employee satisfaction, we typically go quite a bit beyond that.”

An important consideration is lighting colour. “They now have colour-selectable LED light fixtures,” says Leider, “which allow you to control the colour as well as the intensity simply by flipping a switch in the fixture.” A common practice is to program the lighting to mimic daylight, which people find the most pleasant. “There are studies that show that this just makes people happier,” says Leider.

Using natural light is perhaps the ultimate way to improve ambience while reducing costs. “Why not work with sunlight to accomplish your goal?” says Taylor. Enviro-Stewards recently moved to a larger facility which was an old factory and replaced 100 feet of single pane windows with double pane. The single pane windows were repurposed to bring natural light into the offices and conference rooms.

“We have a light harvesting sensor, so if there’s enough sunlight, you don’t even turn on your LEDs,” says Taylor.

Perhaps most important in manufacturing environments, lighting projects function as a quick win that alerts decision makers to the potential savings from other energy projects. A thermal project in a factory, for example, might produce savings much greater than a lighting project, yet many of the same principles apply in both cases. Therefore, the potential value of a successful lighting project is not just the savings in hydro costs, but in its value as an education tool.

“LED is kind of a gateway or low hanging fruit,” says Taylor. “In a factory, there’s probably better stuff that you can do. But lighting is something that everybody can get their head around.”

A resource in waste