From the June 2020 print edition

Few Canadians at a drug store or a liquor outlet would question the legitimacy of their purchase. Experience tells us that our expectations will be met. As those drug and alcohol providers establish their roles in the fledgling cannabis market, however, consumer confidence can no longer be taken for granted.
Medical and recreational cannabis have different histories. The former began in 2001 with the legalization of cannabis as a prescription drug. That changed when it was re-classified in 2014. Today, patients can buy cannabis online after submitting a government form signed by a health practitioner. 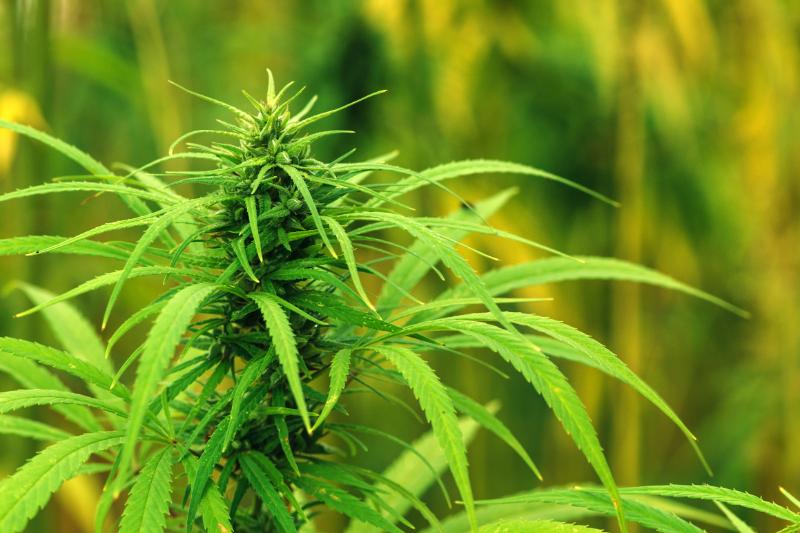 “There are rules under the Food and Drug Act about how drugs will flow between suppliers and manufacturers of pharmaceuticals,” says Ken Weisbrod, Shoppers Drug Mart’s vice-president of pharmacy business development and cannabis strategy. “Cannabis follows none of those particular practices because it’s got its own set of rules.” The new legislation has put medical cannabis in its own category.

“We have a very unique supply chain within the cannabis regulations,” says Weisbrod, “so we’re applying pharmaceutical principles to try to improve the standards in the industry.”

While there are thousands of legally registered strains in Canada, the medical effects of cannabis are not widely established. “The government’s focus is on THC and CBD, but there are lots of other components in cannabis,” says Weisbrod. Cannabis’s chemical qualities are not replicated through a controlled process in a factory. Instead, a “mother plant” is cloned by taking cuttings and letting them take root. Product provenance, therefore, is determined by “clone lines” which establish genealogy of the plant products. This has been difficult to track in an industry that customarily trades product as dried flowers in plastic bags.

“While there’s a lot of rigor about what the outside of the package looks like and the barcode on it, what goes inside it is interchangeable,” says Weisbrod. “One of the complaints that you’ll find from consumers and patients is that cannabis doesn’t always have the same effect, and that’s because it’s being substituted.”

Technology to the rescue
Weisbrod’s team at Shoppers Drug Mart are deploying technology to ensure product provenance. This includes nuclear magnetic resonance testing, which profiles plant matter down to the cellular level, and a blockchain-powered online platform to link the supply chain’s many players – cultivators, secondary processors, labs, shippers, regulators, distributors and customers.

Blockchain has a unique and growing role in supply chains. A blockchain database provides an immutable record of events, such as a test result on a sample from a shipment, an inspection record of a grow facility, or the verification of the environmental conditions under which a sealed and barcoded package was shipped. The fact that the records are tamper proof helps create a high level of trust between the various stakeholders.

The blockchain-based software used at Shoppers is the brainchild of Tommy Stephenson, co-founder of Venice, California-based TruTrace Technologies, who began working with cannabis testing labs five years ago. The product gives a control-tower view of the supply chain with unusual depth. Buyers can look at a shipment and trace its contents back to the plant level, view testing results of a particular clone line, or survey the capacity of various shipping points.
“We started with the testing labs, because we knew that product provenance at the strain level and the plant level would allow us to provide visibility for the rest of the channels,” says Stephenson. The key was creating a common language for all supply chain stakeholders. “We said, ‘how can we work with all the players in the industry to create standards that will better suit the supply chain from a management perspective?’” says Stephenson. “And that’s what we’ve accomplished.”

Each province has its own approach. The supply chain is similar to alcohol, letting provinces leverage existing expertise and infrastructure. Nova Scotia, using a “store-in-store” approach within their liquor outlets and an e-commerce channel, could ramp up in six months. “We’ve fully integrated cannabis into our brand and our framework for alcoholic beverages,” says Laura MacLachlan, director – cannabis and corporate strategy for the Province of Nova Scotia, “so we had a great jumping off point, and a great reference to build from.”

BC also sells through its liquor stores and has set up a wholesaling operation that has expanded to 183 store customers in 18 months.

Growing pains have involved finding what consumers want and delivering consistently. “There was very little hard data about consumer preferences, product sales, and pricing available prior to legalization,” says Zanocco. “We had to research to find whatever useful information was available from Canada or other countries like the US.”

“The biggest challenge overall has been the consistency of supply,” says MacLachlan, “so we’re working collaboratively with our vendors to get a sight line into their production schedule.”

As consumers become more discerning, could recreational vendors start using blockchain? “Of the licensed producers, almost everyone is in our platform in some capacity,” says Stephenson. “They’re focused on using our system for medical for the time being, but the system is fully functional for recreational.”

“Blockchain will become very dominant for track and trace for all consumer goods,” says Weisbrod. “If you can demonstrate success with a product like cannabis, where there was a huge black market, that can translate to many different industries including pharmaceuticals in the future.” SP