Thanks to globalization, the movement of products around the globe has dramatically increased over the years and this includes food. 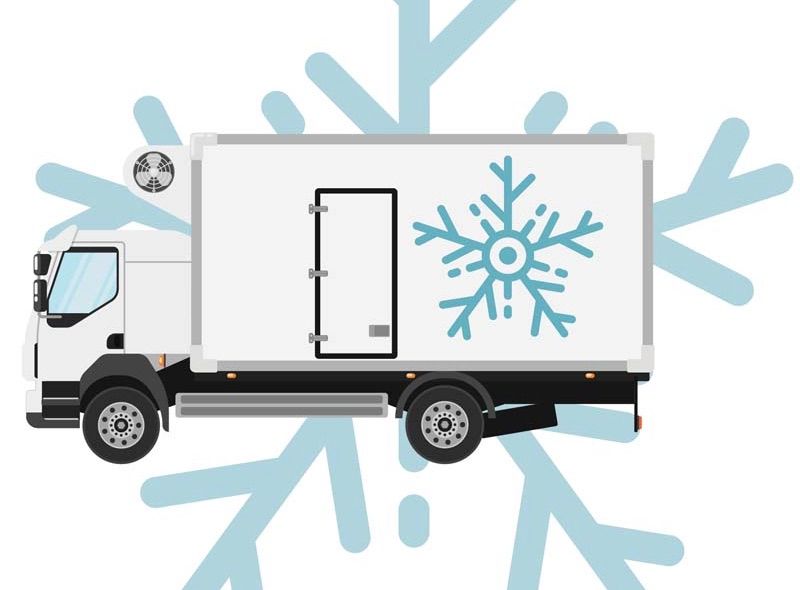 We find fresh fruits and vegetables, from blueberries to asparagus, in our food stores and supermarkets year-round. In addition to fruits and vegetables, both fresh and frozen, we also find an array of cheese, meat and seafood products from all over the world. Many other products require temperature control, some chemicals and pharmaceuticals, fresh cut flowers, chocolate in summer, so it doesn’t melt, and wine in winter, so it doesn’t freeze. This industry has been growing constantly.

From a historical perspective, we owe this convenience to an African-American engineer named Frederick McKinley Jones, who invented the first portable air-cooling unit in 1935. Originally trained as a mechanic, Jones was awarded 61 patents in refrigeration equipment and in other fields like X-ray machines, sound equipment and gasoline engines. These refrigeration units were placed on the outside of trucks that carried perishable goods and this innovation greatly improved their long-haul overland transportation. He went on to create the U.S. Thermo Controls Company, which was eventually renamed Thermo King. The ability to keep food fresh and frozen during transport greatly contributed to the growth of the frozen food, supermarket and hospitality industries in the early 1950s.

The 50s also saw the invention of the ocean container, when then-trucking magnate Malcolm McLean, frustrated with the inefficiencies of unloading and reloading cargo from trucks to ships by hand, acquired a Second World War-era oil tanker, renamed it the Ideal X and had it converted to carry metal boxes: a steel platform was added above the tank tops and piping, so that trailers, soon to be called ocean shipping containers, could be loaded on the deck.

The first recorded ocean container movement took place on April 26, 1956, when the Ideal X left the port of Newark, New Jersey bound for Houston, Texas, which it reached five days later, carrying 58, 35ft-long by 8ft-wide by 8ft-high loaded containers on deck, along with 15,000 tons of bulk petroleum in the holds.
This marked the beginning of containerization. By using steel containers, McLean increased the speed and efficiency of shipping products by ocean freight and reduced losses from breakage and theft. His company, Sea-Land, became the first container ocean carrier. Other shipping lines quickly followed suit. Looking back, we can say that ocean container shipping was a great enabler of globalization, since it enabled the safe and economical movement of products around the globe.

From there, containerships then got bigger and bigger, creating economies of scale, which led to very low ocean freight rates, until early 2020. The biggest containerships today can carry almost 24,000 TEU’s (twenty-foot equivalent units). The pandemic upset the equilibrium in March 2020, resulting in exorbitant ocean freight rates, container shortages, delays, congestion, poor service and severe supply chain challenges and disruption. Hopefully, this is a temporary situation, as the world gradually emerges from the pandemic.

Insulation
We touched on the invention of refrigeration units for overland transportation and standard containers for ocean transportation in the 1950s. It is in the early 1960s that ocean carriers developed insulated containers known as “porthole containers.” They were connected to a ship’s cooling plant, had two holes at one end, one at the top and one at the bottom, through which cool air was pumped in and warm air extracted. The first refrigerated marine containers were developed in the late 60s, based on converted truck units and the first “reefers,” with integrated cooling units coming to life in the early 70s.

Thanks to technology, today’s reefer containers are very sophisticated and provide controlled atmosphere – in other words, not just refrigeration and temperature control but they can slow down the ripening process of fresh fruits by controlling the level of CO2 inside the container.

Ocean carriers have continued to invest in reefer containers, since they provide higher revenue than standard containers and in response to market demand. This did not slow down with Covid-19 – food is one of the few sectors that remained strong during the pandemic and it continues to grow. Industry had to adjust to changing consumer patterns, the rise in e-commerce, click and collect orders, as well as home deliveries.

Technological advances in cold chain today are centred on tools enabling the monitoring
of movements, temperatures and all other relevant data, in order to provide maximum visibility to operators.

Continued demand
As consumers’ appetite for both exotic and local products continues to be strong, we’ve seen an increase in investments into cold storage facilities. In the US for example and illustrating the anticipated growth in this field, Bain Capital and Barber Partners have teamed up on a US$500-million plan to build 10 to 15 refrigerated warehouses under the banner “Chill Storage” over the next few years. They are targeting grocery chains and logistics operators with multi-tenant facilities of around 300,000sq-ft each.

Grand View Research recently published a report showing that the global cold chain market overall is expected to grow steadily as many nations recognize the need to avoid food waste and loss of healthcare products due to spoilage. Countries like China and India are also boosting their cold chain investments to meet both increased demand for exports and growing consumer appetite for imported refrigerated food.
Although the notion of cheap and efficient shipping has been challenged by the pandemic, due to various factors, the cold chain has a bright future and the need for temperature-controlled logistics, including trained professionals, will continue to grow.

Supply chain as a service

A history of success