We have been witnessing supply chain disruptions caused by climate change, floods in some parts of the world, dry weather causing lower crops and forest fires in other parts. 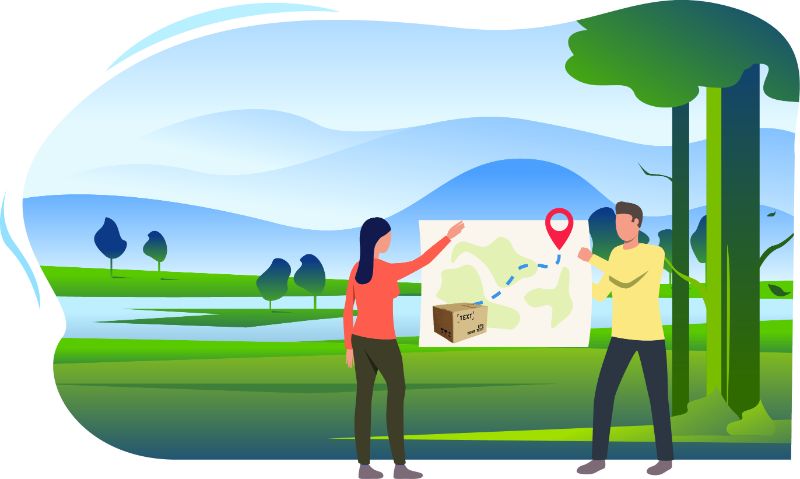 There is no doubt we need to cut carbon emissions. This was reiterated by world leaders at the COP27 Conference in Egypt. We’re putting unprecedented strain on our planet and our resources are finite. What can the logistics world do to help cut our carbon emissions?

Many recent initiatives involve EVs and the electrification of fleets but there are developments with other transport modes. Airlines aim to use greener fuel, called SAF (sustainable aviation fuel), to decarbonize aviation. SAF’s are defined as renewable or waste-derived aviation fuels, produced from sustainable feedstocks. Typical feedstocks include cooking oil, waste oil from animals or plants, solid waste from homes and businesses like packaging, paper, textiles, and other scraps that would otherwise go to landfills. Other potential sources include forestry waste and energy crops. The SAFs currently used by airlines on a trial basis are made from cooking oil and animal waste fat.

Two issues hamper the process: producing such fuels requires substantial investments in new plants and the current worldwide capacity is limited. With no economies of scale, SAFs cost at least two to three times more than regular jet fuel. Several airlines have nevertheless partnered with shippers and freight forwarders offering options to offset or reduce greenhouse gas emissions from travel or freight transportation. Whether these moves will have an impact or are merely greenwashing, remains to be seen. Another approach is flying less air cargo, since ocean shipping is cheaper and more environmentally friendly. Ironically, the opposite may happen: Boeing’s 2022 world air cargo forecast predicts demand for air cargo will double over the next 20 years.

Eco-friendly waters
Shipping lines are decarbonizing by moving from bunker oil and investing in more fuel-efficient, LNG-propelled, or methanol-propelled ships. These transition fuels could lead to producing bio-methane and e-methane. CMA-CGM, which has 31 e-methane ready ships in its fleet, plans to operate 77 such ships by the end of 2026.

Maersk has orders for 19 vessels with dual-fuel engines that can be operated on green methanol, including six 17,000 TEU ships. Maersk is going further, investing in a green methanol production facility in Rosholt, South Dakota. The first facility will be co-located with the existing Red River Energy bioethanol plant and will have an annual capacity of 100,000 tonnes. Production should start in 2027 and Maersk plans to purchase the full volume produced at the plant.

MSC has commissioned 12 LNG-powered ships and Taiwan’s Yang Ming recently invited shipyards to bid on five LNG-powered ships. Containerlines are not the only ones, as Rio Tinto announced has placed an order for nine newcastlemax bulkers with engines capable of using both regular fuel and LNG. Rio Tinto expects to deploy the first one in 2023.

It plans to reduce emissions by 40 per cent by 2025, thanks to biofuels and LNG-powered vessels.
Until these new green fuels are developed, there is an issue with LNG: the second largest LNG-producer is the US and their natural gas is extracted through fracking. Fracking creates vast amounts of wastewater, emits greenhouse gases, releases toxic air pollutants, and can lead to loss of animal and plant habitats, species decline, migratory disruptions, and land degradation. Is this really what we want to encourage? Also, do we really need bigger containerships?

Dockside, ports around the world are using the cold ironing method to reduce emissions. Cold ironing can supply a ship by shore power when it docks, to run operations like ventilation, heating, cooling, pumps, control systems and cargo handling systems, instead of using the ship’s generators.

This is now widely used but its benefits depend on how the shore power is generated. If it comes from an oil- or a coal-fired power plant, there is no benefit.

Our federal government has committed to creating a system of zero-emission maritime routes between ports and to create green shipping corridors. At the COP27, Canada has joined the Zero-Emission Shipping Mission initiative, with the goal of working to eliminate emissions and tackle the climate crisis. We also have a Green Shipping Corridors Network in the Great Lakes-St Lawrence Seaway System program with the US but these high-level initiatives are short on details so far.

Several countries have also agreed to join the Global Memorandum of Understanding on Zero-
Emission Medium and Heavy-Duty Vehicles. Canada joined at the COP26 and there are now 26 signatories. The MOU’s aim is 30 per cent zero-emission new medium and heavy-duty vehicles by 2030 and 100 per cent by 2040.

Switching to hydrogen or EVs has its challenges. For example, will the power grid be able to handle all these vehicles? Ultimately, our goal should be to improve public transit, stop overconsumption and reduce waste, not employ more vehicles.

An example is apparel overconsumption. With the combined effect of “fast fashion” and e-commerce encouraging consumers to buy more through free shipping and free returns, more textiles go to landfills. In the US, about 85 per cent of all textiles end up in landfills annually. And the percentage of non-biodegradable synthetics is rising. We must consume wisely and buy more durable goods. This winter, don’t buy a snowblower, get a shovel instead. Hopefully, the shovel is made in Canada.

The path to net-zero procurement