From the December 2020 print edition

While the pandemic has put the economy on its head and created new challenges for the trucking industry, one that had been around for some time – and isn’t going away – is the issue of driver shortages and the aging workforce. Whether transporting raw materials, components, parts, finished products, industrial or consumer goods, long-haul drivers carrying full loads or short-haul drivers delivering e-commerce parcels, trucks play a vital role in Canada’s supply chain. 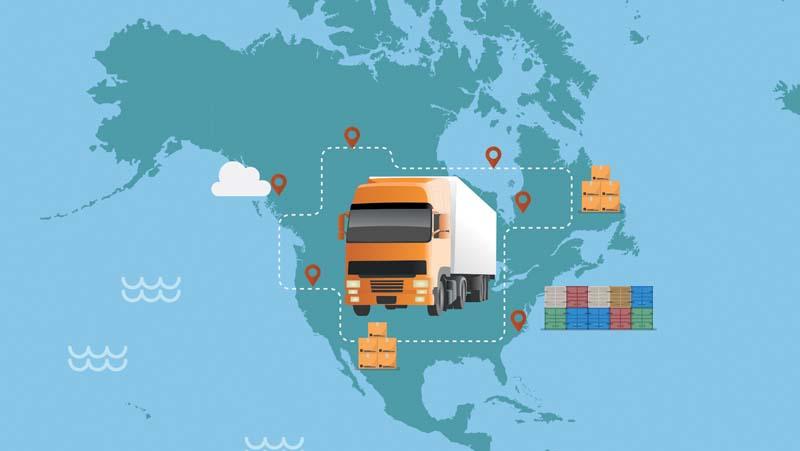 There are approximately 300,000 truck drivers in Canada* and as older drivers leave for retirement, the industry is having a hard time recruiting young people.

This has been exacerbated by the pandemic, as it puts drivers in the front line, delivering goods to potential hot spots, often interacting with customers and the public. There are also difficulties on international moves: given the current situation south of the border, who would want to venture across the US to haul a load there at this time? It is logical that the driver shortage be more acute for long-haul drivers and transborder moves, and less acute for short-hauls and ‘’last-mile deliveries’’ as they are now called, as some of the latter activity is handled by the gig economy. Work-life balance and pay have been the main issues, with health and safety now logically coming to the forefront.

The rise of e-commerce
Some say that automation and autonomous vehicles will solve these issues, but that remains to be seen. Solutions to attract young people in the meantime will likely revolve around training, promotion, better working conditions and better pay. For drivers to earn more money though, their employers will need to charge higher rates and to achieve this will require raising the public awareness of the importance of this activity. Unfortunately, the public’s perception may be going in the other direction thanks to the relentless rise of e-commerce fuelled by “free shipping’’ and “free returns.’’ Free shipping is economic and environmental nonsense: it encourages over-consumption, creating a lot of waste and pollution in the process. Shipping shouldn’t be free, and everything has a price: equipment, permits, fuel, insurance, financing, driver compensation, benefits and so forth.

Will mandatory entry-level training (MELT) be part of the solution? First introduced in Ontario in mid-2017 and followed by Alberta last year, MELT aims to standardize training and ensure the highest levels of professionalism and safety in the trucking industry. In addition to improving safety, it is hoped that this will attract more young people to a trucking career. Better training has benefits for both the employer and the employee, but it has a cost. Normally, such short-term costs pay off in the long term.

Electronic logging device
And what about the Canadian electronic logging device (ELD) mandate coming into effect next year? An ELD is an electronic device used in commercial vehicles to automatically record driving time and hours of service. It also captures data on the vehicle’s engine, movements and kilometres driven. In the US, the ELD rule became law in February 2016. It was implemented in three phases and the last one, the full compliance phase, occurred on December 16, 2019. The ELD introduction in Canada has been gradual and the current timeline for full implementation is June 21, 2021. There is no doubt that the ELD will improve safety, communication, tracking, efficiencies and asset utilization, normally resulting in better customer service and lower costs.

But it will change things for drivers: they’ll have to be trained and be keen on using a technology that will, in effect, spy on their every move. And while ELD makes a lot of sense on paper, how will drivers feel about losing some of their daily operational control, common sense decisions and initiatives? In the end, a real question about ELD is whether it will help the chronic driver shortage or make it worse.

In the meantime, we need to keep goods moving, as the economy comes out of the pandemic and we could see trucking rates firm up as a result, by the simple law of supply and demand. And after all, in spite of what Jeff Bezos and the likes want us to believe, shipping is not free!

*source: Conference Board of Canada

Good deals that do good