The brisk air, changing leaves and diminishing daylight are all signs that the year is coming to a close. But while 2019 may be winding down, the automakers are ramping up to deliver a whole new crop of vehicles for 2020. Here are just a few of the new and noteworthy. 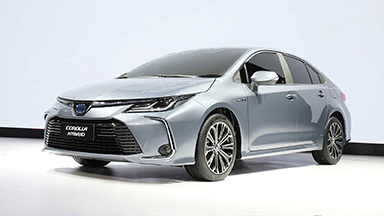 With over a million units sold last year, Toyota’s compact Corolla is the world’s most popular car. Thanks to its reputation for reliability, affordability and efficiency, the Corolla’s never really had to woo buyers with stylish looks or sporty handling. But for 2020, Toyota’s bread and butter car gets a ground-up makeover with fresh new looks and vastly improved driving dynamics. In addition to the base 139hp four-cylinder engine, is a 2.0L four-cylinder producing 169hp, or a new hybrid that delivers 4.5L/100km in fuel efficiency. 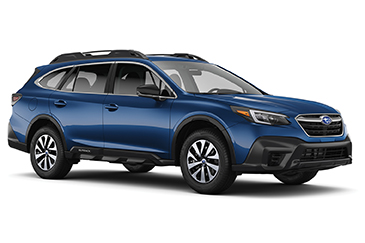 According to Subaru’s research, while loyal buyers expect improvements, they don’t want their cars to change too much. Therefore, Subaru’s popular all-new Outback crossover returns in 2020 with a host of new technology but retains the same familiar styling. Standard in all but the base model is a new 11.6-inch touchscreen infotainment system. Also new is available driver distraction monitoring, and a new Onyx Edition appearance package with upgraded off-roading capability. 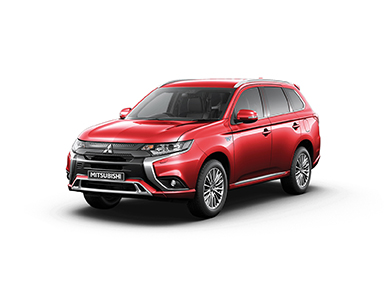 Thanks to a new alliance with global player Nissan-Renault, Mitsubishi has turned around and is once more enjoying a healthy growth rate. Their best-selling Outlander crossover is largely carried over for 2020, having been refreshed this year with a new front fascia, standard 18-inch wheels, new eight-inch touchscreen and upgraded suspension and steering for PHEV models. There are two engine choices: a 166hp, four-cylinder and a 224hp V6, or a hybrid model with a combined output of 197hp and rated at 9.0L/100km. 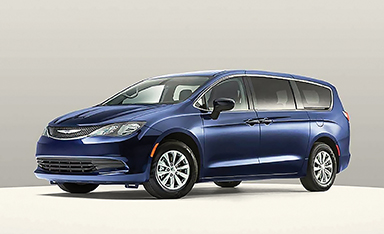 Fiat Chrysler group may have retired the Plymouth name in 2001 but it owes a lot to that brand for creating a whole new segment when it introduced the Voyager minivan. The Voyager returns for 2020 as a budget model based on the Pacifica. Standard equipment includes a 287hp V6 and nine-speed transmission, a seven-inch touchscreen, blind spot monitoring, cross traffic alert, rear park assist, air, keyless entry, stowable third row seat, cruise control, Apple CarPlay and Android Auto. Upper trims will get Chrysler’s famous “Stow-and-go” second row seats. 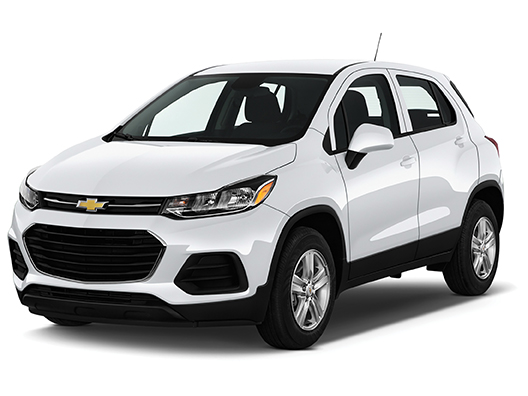 The Trax, introduced in 2013, was Chevrolet’s first foray into the new subcompact crossover segment. Refreshed in 2017, there are a couple of changes for 2020, after which it expected to be redesigned as the all-new Trailblazer. For 2020, the Trax has a standard six-speed automatic across all-trims, dropping the 6-speed manual on the base LS. Standard equipment includes 3.5 inch driver display, keyless entry, 7 inch touchscreen, tilt/telescoping wheel and power door locks. Available features include 6-way power driver seat, passive keyless entry, rear park assist, rear cross traffic alert, lane departure warning, and all-wheel drive. Fuel consumption is 9.1/7.6L/100 km (city/highway) and 10.0/8.0 for all-wheel-drive models..

Ford recently made the shocking announcement that they’d be axing all of their passenger cars except the Mustang, and 2020 marks the beginning of that process. The compact Escape crossover assumes the role of bread-and-butter car, receives a ground-up makeover and becomes longer, wider and safer than ever before. It also returns with its first hybrid powertrain, in addition to the current 180hp, and 250hp turbo four-cylinder engines.

In order to stay relevant in a segment that’s increasingly competitive, Mercedes compact GLC crossover, which only debuted in 2016, gets revised front and rear fascia and some interior updates. New upholstery and trim choices are available and the redesigned centre stack features a 10.25-inch touchscreen with the latest Mercedes software and standard Apple CarPlay and Android Auto. While the hybrid powertrain carries over unchanged, the base model GLC now comes with a 255hp turbo-charged four-cylinder, and the AMG GLC 43 gets a power boost from 362hp to 385hp. There’s a new nine-speed automatic transmission and 4MATIC AWD is standard on all Canadian GLCs.

Despite the crossover domination, Nissan’s compact Sentra sold just over 213,000 vehicles last year—even though it hasn’t had a major refresh since 2012. The latest Sentra will be longer, wider and ride lower for 2020, with the floating roof and V-motion grille design that debuted with the new Altima. It’s sleeker, bigger and rides lower with a better centre of gravity for improved handling. The revised cabin also resembles the more upscale Altima, offers optional two-tone leather and new tech features like Pro-Pilot assist suite of driver safety aids. The older base 1.8L four-cylinder will most likely be replaced by the same new 141hp 2.0L in the Rogue Sport crossover. 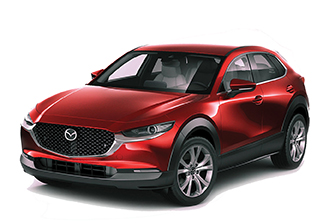 Consumers can’t get enough of small crossovers it seems. Reflecting that, Mazda is adding another small crossover to its lineup that’s predicted to become its new core model. The 2020 Mazda CX-30 will slot between the sub-compact CX-3, and the CX-5. Based on the Mazda3, the all new crossover features and hatchback styling with rugged black-plastic lower body cladding. Powertrains include the 2.0L with cylinder deactivation technology and a new SKYACTIV-X engine that reportedly reduces fuel consumption by as much as 25 per cent. All-wheel-drive and G-Vectoring control are available, and there’s a choice of manual or automatic transmissions, both six-speed. 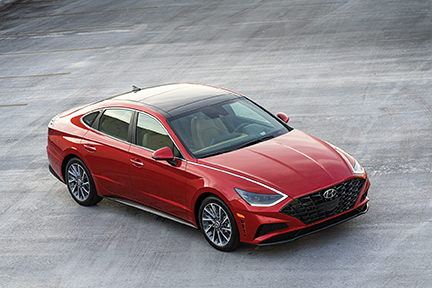 Hyundai’s mid-size Sonata returns all-new from tip to tail. A sleek new design features a coupe-like roofline, and distinctive chrome “lasso” encircling the LED headlights. A raft of new technology comes standard,Forward Collision Assist, Smart Cruise Control with Stop and Go, Lane Follow Assist, Highway Drive Assist, Driver Attention Warning, Parking Collision Avoidance, Blind-Spot Collision Avoidance Assist, Rear Cross Traffic Avoidance Assist, Blind Spot Monitor, and High Beam Assist. There are two new engines available, a 2.5L 4 cylinder with 191 hp, and a turbo-charged 4-cylinder with 180hp that promises 8.5L/100 km. The new Sonata offers such sophisticated technology as digital key, which uses a smart phone app to store customer profiles and can be used in lieu of the traditional key. Remote Smart Parking Assist lets you use the key fob to guide your car in and out of tight parking spots, while you’re standing outside within 30 feet of the car. 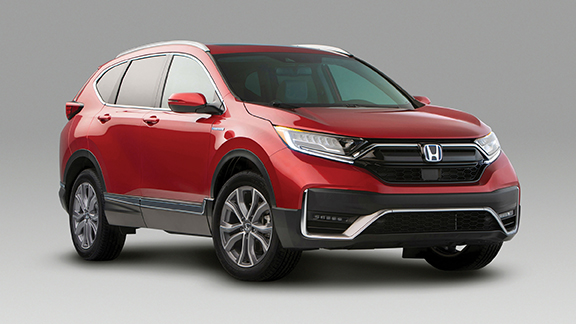 Although it had a complete makeover in 2017, the Honda CR-V gets a refreshing facelift for 2020. As one of Canada’s best-selling crossovers, the CR-V can’t afford to rest on its laurels – its competitors certainly won’t. While the design continues virtually unchanged, all new CR-Vs will get darker chrome, and unique badging and logo for all hybrid models. Like the Accord and Pilot, the CR-V will get a push-button gear selector, freeing up room in the console. Hybrid models receive a new digital display, and paddle shifters to control brake regeneration. The 212 hp hybrid is predicting a 50 per cent better fuel economy rate than the traditionally powered model, with 6.2L/100 km, which makes it more efficient than the Toyota RAV-4 hybrid.