It’s really something how a single update can take a car from being a middling option to one of the better values on the market. 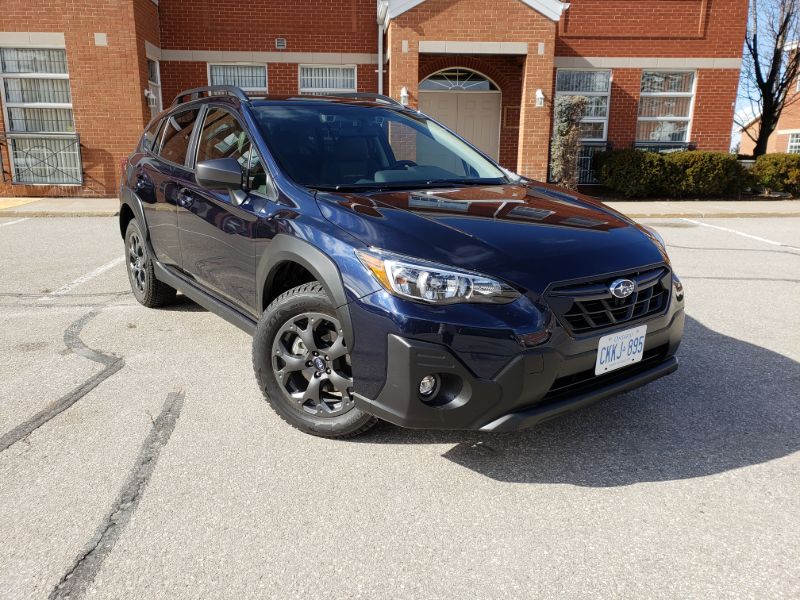 The Subaru Crosstrek is a great example. It’s a veteran in the subcompact crossover space having been launched in 2013, and it’s seen steadily increasing sales among the buyers who are more often seeking out this segment and appreciate the Crosstrek’s small footprint and standard all-wheel drive.

But there’s one thing critics have repeatedly pointed out as missing: more power. The 152hp and 145lbs-ft from the 2.0-litre engine works for some buyers, but for people who want to use their cars for more than trips to the grocery store – which includes more Subaru owners than the average across most brands, it must be said – an extra bit of oomph would make the Crosstrek just right.

Subaru listened, and now a mid-cycle refresh has brought with it a 2.5-litre, four-cylinder engine making 182hp and 176lbs-ft of torque. Not only that, but it can be equipped at an MSRP of less than $30,000 for buyers who opt for the new Outdoor trim.

This update caught the attention of Canada’s top automotive critics: the Automobile Journalists Association of Canada named the Subaru Crosstrek the Best Small Utility Vehicle in Canada for 2021, netting the Crosstrek its first AJAC award. Updates don’t need to be complicated to hit the right marks.
The new engine is available in two trims, the aforementioned Outdoor featured in this test drive and the top-of-the-line Limited, both matched exclusively with a continuously variable transmission (while the smaller engine remains available with a six-speed manual). This CVT feels more like an automatic than most thanks to simulated steps in the revs that replicate the feel of jumping between ratios. With the engine’s low mount, typical of Subaru’s engines with their horizontally opposed cylinder arrangement, more of the Crosstrek’s weight is closer to the road. This gives it excellent handling in spite of its desirably high 22cm of ground clearance.

There are two downsides worth pointing out, however. The larger engine’s published fuel consumption ratings of 8.8L/100km in city driving and 7.0 on the highway are not at all far off those seen in the 2.0-litre (8.5 and 7.0 respectively), but the observed fuel consumption during this test drive is a fair bit higher at 9.6 litres per 100km, so driving style and conditions may sway the results with this engine more than average. The engine’s auto stop-start feature is also rough enough to be startling, which may cause some drivers to become annoyed and turn it off, meaning they lose even more fuel efficiency.

The EyeSight suite of safety and convenience features is standard in all Crosstreks equipped with the CVT and includes pre-collision systems, adaptive cruise control, lane centring and lane keep assist, lane sway and departure warning and lead vehicle start alert. On this Outdoor trim, buyers receive this interior with acid-yellow accents as opposed to the orange found in every other trim but the base model. The mix of features is targeted toward young, outdoorsy types and includes a trim-exclusive dual mode X-Mode for variable off-road performance, a front-view camera to assist with visibility around blind corners and steep hills, 17-inch wheels, the upgraded eight-inch infotainment system and gunmetal grey exterior accents.

On the liftgate, a small overhead lamp is installed that could be handy when unloading gear in the dark. Subaru Canada opted out of including a sunroof, partly to keep the price below $30,000 and partly because drivers who might be more inclined to roof-mount cargo boxes or outdoor gear are less likely to see as much value from it.

There’s one more safety-oriented feature applied here that really ought to see more widespread use:
a self-returning light switch, which flips back to auto whenever the car starts up regardless of where it was last set, meaning that it’s not left up to the driver to remember to flip the lights back on if they were turned off manually.

The subcompact crossover segment is one of the fastest growing in Canada. Now that it’s sporting these updates, the 2021 Subaru Crosstrek is a top choice among it thanks to its improved power, well-considered packaging and overall value.