From the August 2022 print edition

An almost invisible part of a fleet manager’s job is handling manufacturer recalls. In some cases, recalls can be taken care of during scheduled maintenance. 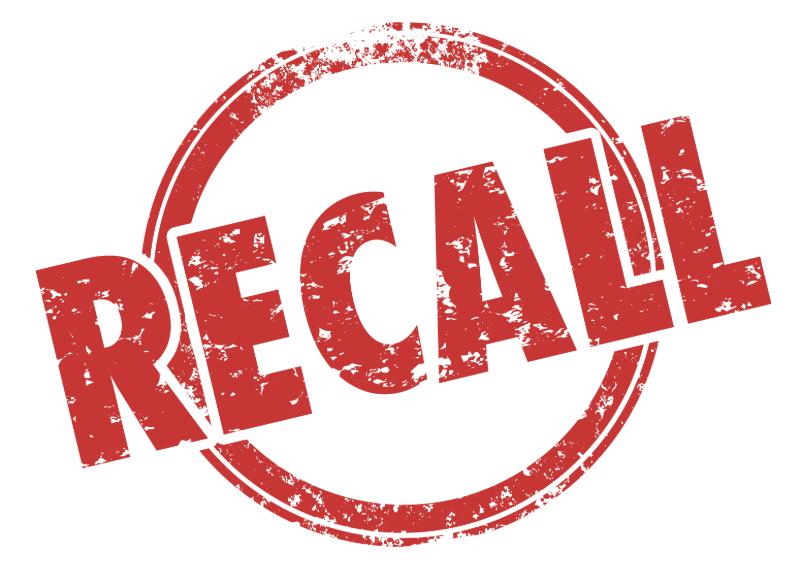 In other cases, however, it may mean grounding a vehicle because of imminent safety concerns. This possible spectrum of action, from simple fix to parked, carries a rising cost. Despite manufacturer recalls being “free,” handling them isn’t.

In 2021 the National Highway Traffic Safety Administration (NHTSA) in the US issued 1,093 recalls. These vehicle safety recalls come from major light auto manufacturers, motorcycle manufacturers and some medium/heavy truck manufacturers. With over three recalls every day, chances are that at some point your fleet will be affected. So, accepting that recalls are simply part of business, the cheapest way to handle them is to be proactive.

Recall process
Recalls don’t happen overnight. In fact, the larger ones make the news long before the manufacturer gets around to offering a fix and sending notices to owners. A lag of a year is typical. For this reason, the NHTSA and Transport Canada (which mirrors the American agency’s function in our country) offer a continuous flow of press releases about potential issues, new legislation and ongoing discussions with manufacturers related to offering consumers the right fix for an issue – whatever it is. Anyone can scan these releases as often as they want.

A more direct approach to checking the background (and current condition) of your fleet is to use the VIN search tool that NHTSA provides. Input your vehicle’s VIN number and the site will give you any vehicle safety recall in the past 15 calendar years.

Once a recall becomes official the method of contact is very archaic. A mailed letter goes out to the registered owner (and only the first owner) as a notice. So be aware, if you bought a fleet vehicle used, you need to register with the car company so they can mail you the recall letters. Otherwise, the letters will go to the original owner.

Recall notices also appear on Transport Canada’s website, the same as on the NHTSA site. Canada also offers a recall update site where anyone can check out current and past recalls (the database goes all the way back to 1970). However, they also let you sign up for automatic recall updates that will come to your inbox. This is a feature that fleet managers should take advantage of.

The other feature that these government sites offer is proposed future legislation. So, who cares, right? Well in these releases you will find items that are going to cost you and your fleet money, whether sooner or later. For instance, just this month the US Department of Transportation’s National Highway Traffic Safety Administration finalized a rule that updates two Federal Motor Vehicle Safety Standards to improve protection for drivers and passengers in light vehicles in the event of a rear underride crash.

Quoting from the release: “These crashes, which are often deadly, occur when the front end of a vehicle crashes into the back of a larger vehicle, such as a large trailer or semi-trailer, and slides under that vehicle. This rule, along with increased research and the creation of an advisory committee on underride protection is the result of President Biden’s Bipartisan Infrastructure Law and is a key part of USDOT’s 2022 National Roadway Safety Strategy.”

What I read is that semi-trailers will soon be required to carry a new type of crash prevention feature. As a fleet manger, you want to know if you will be responsible for retrofitting your trailers – or will you have to lease new ones? Knowing about this pending cost early is simply good management.

Leased vehicles
The other big consideration is what happens with leased vehicles? As we already know, only the original owner of record gets a recall notice. So, that would be your leasing company, not you. To deal with this, first determine who owns the vehicles. In Canada, the most common arrangement will be a financing entity affiliated with the automaker that is the actual owner of the vehicle. Despite this, you as fleet manager can register your VIN numbers on the manufacturer sites, which would give you access to recall notices.

The second part of being prepared and forewarned about recalls on leased vehicles has to do with the lease agreement itself. The prospect of a major safety recall should prompt managers to carefully review their lease contracts. While automakers are required to provide safe vehicles, it is important to determine how the lease agreement will handle recall situations. As an example, during the highly publicized “Dieselgate” scandal, some drivers of Volkswagen leased models were initially told they could either park their cars or turn them in before the term of their contracts expired, which would have come as a financial loss. Breaking the lease may be an option when the contract stipulates that the leasing company must provide a safe vehicle at all times.

As with everything, planning is key. Know about the recall before the letter arrives and have a plan in place to handle it.