From the February 2021 print edition

Amidst the scramble to keep up with the workings of the cyber world, it’s easy to forget that our supply chains ultimately depend on physical devices with moving parts. Whether that machinery is a dentist’s drill, an industrial robot, or a wind turbine, the bearing is the most ubiquitous moving component, and in many respects, the most essential. 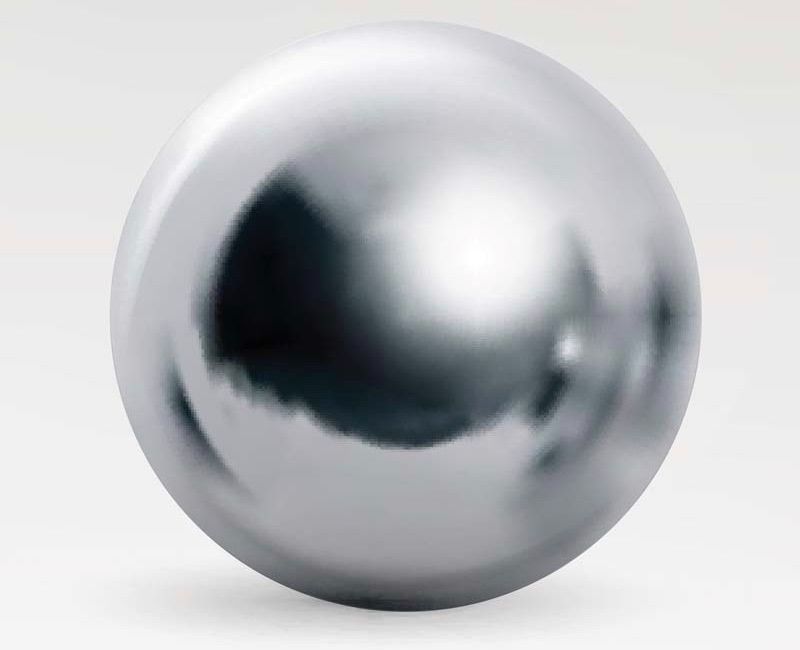 Bearing technology, unlike artificial intelligence or augmented reality, has been perfected and optimized for centuries. “We’ve been making bearings for over 100 years,” says John Byers, technical development manager at The Timken Company in Canton, Ohio. “Today, we have consistent manufacturing processes around the world that allow us to maintain tolerances of 3.5 micrometers (0.00015 inch), which is about 1/20th of the diameter of human hair.”

The long history of bearings has also resulted in universal standards and established protocols for selecting, installing and maintaining bearings, and equations for predicting their lifespan. “There’s an industry around this that is very, very mature,” says Mike Brown, president of Milford, Connecticut-based industrial training company New Standard Institute.

Most bearings today are of the anti-friction or moving element variety, meaning there are rolling balls or cylinders between a rotating raceway and a shaft or axle. The most common type is the familiar ball bearing where steel balls are used as the rolling elements. Other types, typically found in larger applications, use cylindrical or conical rollers and varying raceway shapes.

Each bearing type is optimized for factors such as speed, temperature, potential misalignment, and the radial or axial loads that the machinery will be subject to.

Machinery manufacturers work closely with bearing manufacturers to ensure the right selection. “We use a decision tree to guide our customers towards the right choice,” says Byers. “In our market, downtime costs tens of thousands of dollars an hour, so it’s important to have that correct.”

Principal bearing failure causes
The bearing is a mature product that rarely fails within its expected lifespan, which is typically seven-to-12 years in an industrial environment. If there are repeated bearing failures in a factory, the causes are almost certainly occurring within the factory walls.

“If you’re having lots of bearing failures, there’s clearly something wrong,” says Brown, “and the larger the bearings, the more questions you should be asking.”

“At Timken, we use the term damage as opposed to failure because failure implies defective manufacturing,” says Byers. “Most bearings are damaged in an application due
to a known cause.”

Insufficient or incorrect lubrication is the most frequent of these, and also, the area where many millwrights will have to devote the most attention. Most bearings, typically smaller ball bearings, need no lubrication at all, as they are factory lubricated and sealed. It’s the larger ones, for example bearings for electric motors over 100 horsepower, that require greasing on a regular basis. These larger bearings also tend to be the most critical.

There are two essential types of grease – oil-based and synthetic – and they are selected for two primary reasons: allowable operating temperature and viscosity or thickness. “With lubrication, what it comes down to is using the right kind of grease for the application and greasing at the right time and in the right amount,” says Legree.

A grease with too high a viscosity can hinder a bearing from running at its rated speed.

Greasing is not always an easy task. “The greasing is not as straightforward as ‘oh, just put some grease in,’” says Brown. “You have to do it while you’re running the piece of equipment, and you have to remove the plug at the bottom and pump out the old grease first. A lot of people don’t do that – they just put the grease in, and the grease ends up getting into the equipment itself.”

Lubrication is also linked to the second major cause – contamination. “Not making sure the grease is clean introduces contaminants,” says Legree, “and that can affect bearing life.” Particles such as metal filings can also find their way into bearing raceways, causing scoring of the raceway or the rolling elements. This often occurs, for example, in metalworking environments.

Vibration is always present with moving machinery, but when it is excessive, it intensifies the stresses on the bearings, potentially causing indentations to form on the rolling elements or raceways. This can happen, for example, on machinery located close to a stamping operation.

Incorrect installation is the most common cause of excessive vibration. This occurs when a shaft isn’t aligned properly with the bearing, or if the bearing isn’t properly secured to the housing. “Proper alignment between the driver and the driven element prevents extra forces from pushing on the bearing that might make it fail prematurely,” says Brown. Other installation mistakes pertain to installing a bearing where there are stresses it was not designed for.

Common scenarios
One of the most common mistakes organizations make regarding bearings is not conducting a root cause analysis when a bearing does fail. “There’s pressure when you’re working in a production environment to keep the line going, and you don’t stop,” says Legree. “So if there’s a breakdown because of a failed bearing, you replace the bearing and move on – rarely do you have time to go back and find out why the bearing failed.” Consequently, these events tend to reoccur.

Another is not taking the time to do repairs properly. “When equipment fails because of
a bearing failure, it fails relatively catastrophically, where the shaft is damaged and the outer housing is wrecked,” says Brown, “so people sometimes do dumb things.”

Temporary workarounds, on the other hand, are sometimes necessary, and that’s where the millwright’s judgement and training is perhaps most critical.

“Sometimes what happens in a production environment is a bearing will fail and you don’t have a spare,” says Legree. “So, you have to take a look at what you have and say, okay, I can put this in, how long will it last?”

Selecting the right bearing often requires some degree of skill. “Sometimes the identifications on a bearing are hard to read,” says Legree, “so you have to be able to measure it, and then consult the manufacturer’s guide in order to look up the specifications for that bearing.”

Getting ahead of the curve
Bearings are critical components of moving machinery, and it’s both practical and economical to develop solid preventive maintenance programs to ensure bearings operate under allowable conditions, and that problems are identified before outages occur. Legree has seen excellent examples of this in Japanese companies.

“At Honda, they regularly take grease samples from the bearings in some of their robotic equipment,” says Legree. “When the contamination – dust or metal fragments – reaches 1500 parts per million, they replace the bearing.”

Bearings have many nuances but in this mature industry, they are extremely well documented, and detailed manufacturers’ reports are available based on years of test data. “Bearing manufacturers have a lot of data out there for you,” says Legree, “so you take advantage of that.”

“A motor bearing, to give an example, is typically designed to last at least 10 years under normal operation,” says Brown. “But if it’s properly installed and maintained, it could probably last, maybe, 30 years.”

Staying on top of change