From the August 2022 print edition

Automation has been a key part of logistics for decades—albeit early adopters have mainly been Fortune 500 companies. 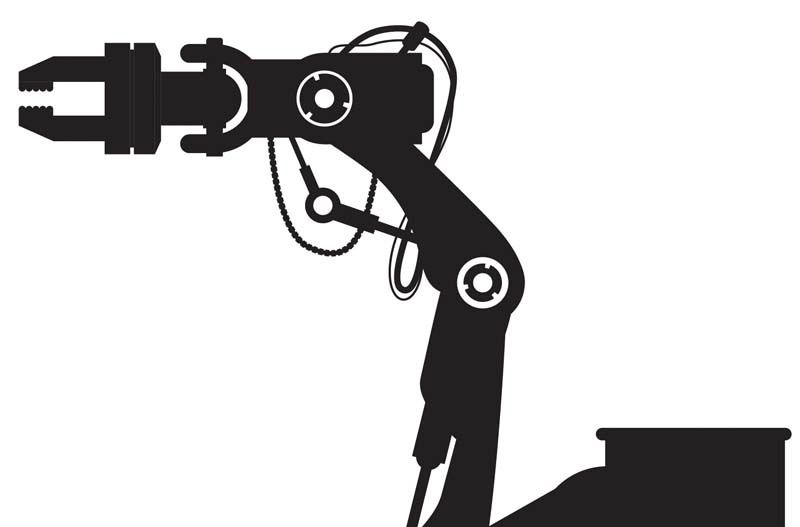 In the past few years, however, there have been advancements in robotic and automation technology, which has lowered investment costs, making it a more attractive option for any size of operation.

Is it the race toward Industry 4.0? Or has this uptick been a result of the pandemic? Industry experts say that it’s a bit of both.

Regardless of an operation’s size, labour has always been an issue and the pandemic has accentuated it more. Not only is there a manual labour shortage, but the reliability of the workforce that might be attainable is also a big uncertainty for many companies.

“There has been a spike in interest as a result of the pandemic, but I think it created a realization, for a lot of companies, about the vulnerabilities that they have and problems they were aware of before COVID in terms of processes that were entirely manual,” says Ryan Weaver, vice-president, Commercial at Robotiq.

Markus Schmidt, president of Swisslog, agrees. “Not knowing if your workers are going to come to work, during a pandemic or not, has been a nightmare for everyone in the supply chain, not to mention labour costs keep rising,” he says. “The more you can automate, the more independent you become of those conditions. The other issue is that supply and demand is out of control.”

Certainly, customer demand and experience expectations have drastically changed.
“When Amazon started offering Prime delivery, that was a huge accelerant to all the automation that’s being adopted. They started to use the fulfillment experience as a weapon rather than just reducing costs. And that’s driven a lot of innovation and pushed everyone forward,” says Leif Jentoft, co-founder and chief strategy officer at RightHand Robotics. “In the past five years there has been an explosion in goods-to-pickers systems like AutoStore or OPEX for auto storage and retrieval. This is interesting because you can increase the storage density, increase the facility throughput, and scale your businesses, even in the face of labour shortages. But what we’re seeing is that’s still not enough for companies to deliver a customer experience or meet demands. What people are looking for now is the next step in the process, which is picking and placing, and that’s where we live.”

Artificial intelligence
RightHand Robotics’ RightPick platform is a turnkey modular solution that uses artificial intelligence (AI) to learn as it picks products. “We focused on the piece level. It’s not cases
or pallets, but individual items that have variations from one piece to the next. Like picking up your sunglasses and then your phone or a shampoo bottle,” says Jentoft. “When people deploy our systems, they want something that works like a manual picker. It’s told where to pick from, where to pick to, and reports whether it was successful. The AI handles the range of variations of different objects. If you have 15,000 new SKUs coming in at Christmas, you don’t want to have to retrain the robot and our system doesn’t need that. It knows what it sees, what it did, how it happened, and can use that information for new items.”

Quebec-based Robotiq’s AX Series Palletizing Solution is built around Universal Robots, which is a market leader in collaborative robotics (cobots). “The fundamental difference between a cobot and an industrial robot is the fact that it has safety built into it to enable it to work alongside a person without the necessity of guarding. It has a lower complexity user interface which provides a better user experience compared to script language used with traditional robots,” says Weaver. “The AX Series incorporates a vertical lift axis, which means we put the robot on a lift and can coordinate the motion of picking at the conveyor to building a pallet up to 108-110 inches high. That gives us a lot more vertical accessibility than what a robot arm could achieve on a stand.”

Two pallets can be placed on either side of the robot, which has sensors confirming the pallets are in place. While other gripper heads are available, the AX Series uses a vacuum technology to grip the products or boxes from a conveyor system or another type of infeed and place the item on the pallet. The current AX Series can pick items up to 16kg, but Weaver says that Universal Robots announced the UR20, an arm that will handle a 20kg payload.

“In the interface, there’s only a few steps the user needs to do. You don’t need to know how to program a robot, you just need to know what your product is and how you want it to be arranged on the pallet. The user enters the box dimensions, what side the label is on and if they want it facing outward, how they want each layer laid out on the pallet. And then all we have to do is define the pick-up location of the box,” says Weaver. This can be tested on the Palletizing Configurator.

Once a pallet is completed, a stack light on top of the tower indicates that it’s ready, meanwhile the robot will start building the second pallet.

“By automating the labour intensive, repetitive tasks, the throughput gains will be noticeable when you factor in breaks, sick days, or the days you can’t run production because you don’t have the people. This allows employers the opportunity to avoid workplace injuries and assign the workers they have to higher value tasks,” says Weaver.
Swisslog’s customers are looking for more mechanized and automated solutions. “We look at a distribution’s operations and determine their orders, how many cartons or pallets they need to move and store, and then we come up with a solution around the space and labour requirements,” says Schmidt. “We would estimate an investment around that solution, see if we can offset it by savings on the operations side and justify the use of automation in the financial sense.”

Mobile robotics
While picking and placing technology is definitely a trend that’s picking up steam, Schmidt says that there is a push for mobile robotics because they offer a reasonable investment
with a lot of flexibility. “Mobile robotics can replace forklifts and, in some cases, conveyors.
In a goods-to-person scenario, where the robots bring the goods to somebody at a picking station, it opens new avenues for solutions that were not there before,” says Schmidt.
The Swisslog CaddyPick is a semi-automated order picking system for mixed case pallets and roll cages that runs on a monorail and is a mixture between a person-to-good and a zone-to-zone picking solution. And its CarryPick mobile robotics system is a goods-to-person application that is an automated storage and picking solution designed for multi-channel intralogistics.

“As soon as you automate, you have perfect traceability and a perfect way of collecting all the data involved. But software is key, it’s the heart of every warehouse. And it needs to be nicely orchestrated to function the way the operator wants it to,” says Schmidt.

Over the past two years, Weaver says that there has been significant interest in cobot-based palletizing from companies that lack automation on the floor. He says that they are now seeing benefits – especially with a lack of workers – at a price they can justify.

In fact, the return on investment (ROI) for pick and place and mobile robotics solutions presented in this article, according to the companies, can be two years or as quick as 18 months. In one case, Robotiq supplied a chocolate factory with its palletizing solution, and when the company calculated a six-month ROI, it bought six more.

Supply chain as a service

A history of success