Most supply chain executives view the digital supply chain as the dominant model in the next five years, according to the results of the 2020 MHI Annual Industry Report. 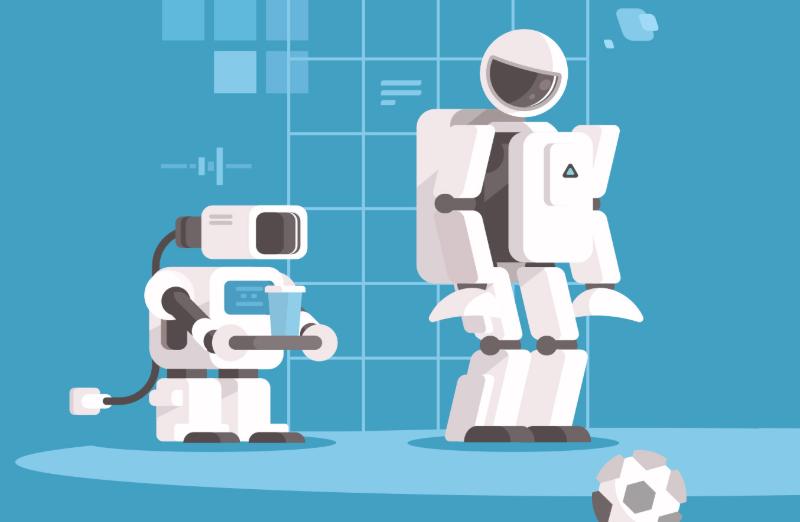 The results were presented at the MODEX 2020 conference at Atlanta’s Georgia World Congress Center, March 9-12. Overall, the show had 894 exhibits over 355,790sq-ft. While registration for the show totalled 33,460 – eight per cent higher than last year – actual attendance was 49 per cent less than that due to COVID-19 travel restrictions. That put the show’s attendance on par with MODEX 2016.

This was the seventh consecutive year that MHI has completed the report in partnership with Deloitte Consulting, said MHI’s chief executive officer, George W. Prest, during a panel discussion about the results. The report surveys over 1,000 manufacturing and supply chain professionals and contains an overview of 11 technologies identified as the drivers of the next generation of supply chain, Prest said.
The technologies covered in the report are: robotics and automation; sensors and automatic identification; predictive analytics; artificial intelligence; Internet of Things; inventory and network optimization; autonomous vehicles and drones; wearable and mobile technology; cloud computing and storage; blockchain; and 3D printing.

Adoption rates
A key point in the report is whether companies have adopted the technologies that the report focuses on and if not, when do they expect to do so, said the panel’s co-moderator, Thomas Boykin of Deloitte Consulting.

For example, cloud computing and storage has the highest adoption rate, with 59 per cent of respondents noting they’ve adopted some aspect of it, he noted. The expectation is that percentage will grow to 81 per cent over the next one to two years and 90 per cent in the next three-to five-year period, Boykin noted.

“Another interesting aspect of the report every year is the degree to which companies expect these technologies to impact the supply chain,” Boykin said. “As in thepast seven years, survey respondents continue to believe that these innovations have the potential to disrupt the supply chain and create a competitive advantage.”

“What the findings of the report made clear is that data and technology are what’s driving and will empower the supply chain of the future,” Boykin said. “But it’s no single technology alone that will do that.”

Data and talent
While data is valuable when dealing with these disruptive technologies, we don’t yet have a good roadmap for how we evaluate that data, said panelist Randy Bradley, assistant professor of information systems and supply chain management, Haslam College of Business at The University of Tennessee. The data doesn’t need to be perfect, but only good enough to show an organization which direction it should take.

“There’s not a scarcity of data but there’s a scarcity of good data,” Bradley told the audience.
The real question involves the rate of technology adoption, said Rick Faulk, CEO of Locus Robotics, who also sat on the panel. Busi-nesses getting the best results aren’t the ones thinking about incremental improvements to the business, like 10 or 20 per cent. Rather, the ones looking at changing the state of the business will see superior outcomes.

Change leadership is also important, Faulk said. “We talk about data, but it’s not just capturing that data,” he said. “It’s the mentality to use that data in constructive ways.”

With regards to finding the best talent to handle these changes, fellow panelist Arpana Brahmbhatt, US industry solutions – manufacturing, at Microsoft, recommended approaching universities, which often search for industry partners. This can provide external talent with at least some industry specific knowledge.

As well, Brahmbhatt said, reskilling and upskilling remain valuable sources of talent. “I would not underestimate tapping into people who would want to be those leaders, who look at it as a career progression path for them,” she said.

For his part, Prest offered suggestions for getting started. For example, appoint a C-suite champion and create a socially responsible brand to attract a future workforce. Implement a dual mentoring program to pair younger, digitally savvy employees with seasoned professionals. Finally, establish a corporate culture
in which it’s OK to fail.

“Innovation comes from failure,” Prest said. “I think that’s what we should keep in mind – failure is the opportunity going forward.”