From the December 2021 print edition

The pandemic brought the global economy to a halt, but it was not the catalyst for the disruptive business conditions and stressed global supply chains that companies struggle with today. What it did was to expose pre-pandemic supply chain weaknesses and accelerate a digital transformation, as well as transform consumer behaviour. 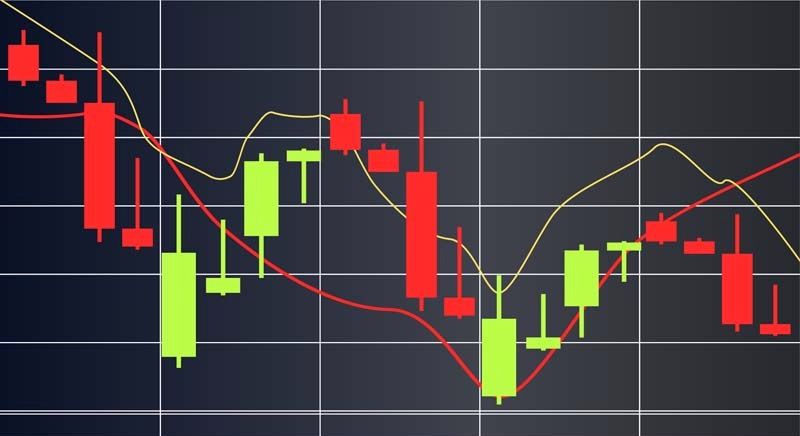 “Demand hasn’t changed, but the problem is that due to the pandemic, manufacturing production slowed and was not producing inventory to feed the supply chain. And when you reduce supply, prices go up,” says Jeff Russell, corporate purchasing and inventory manager for Miller Waste Systems. “When you start shutting down factories and telling everyone to stay home, you create the bubble that we’re in right now with extremely high prices, longer lead times and product shortages.”

Jérôme Thirion, a partner, national supply chain lead, and management consulting for KPMG Canada, says it’s an understatement to say there’s stress on global supply chains. “The move from brick and mortar to e-commerce has also had a significant impact to the supply chain today. E-commerce jumped from about six per cent of sales to 40 per cent or 60 per cent. That is a significant shift in the operation. The digitization of operations is another transformation that was happening prior to COVID but was actually accelerated and is still during COVID. When you see a rise in the costs and services, there is also a rise in costs for labour, manufacturing and transportation.

Contributing factors
Of course, there are other sources playing into this “perfect storm” such as geopolitical issues, natural disasters and climate change. “These are three factors that predate the pandemic, but have exacerbated supply chain challenges,” says James Marple, a TD Bank Group economist. “The trade war between China and the US raised tariffs on imported goods – including semiconductors – reducing supply and contributing to hording of certain materials that led to greater shortages in the aftermath of the recession.”
Natural disasters like floods in Texas have reduced production and diminished supplies. And, according to Marple, efforts to mitigate climate change have reduced investment in traditional energy sectors and increased dependence on imports from places like Russia. “Severe weather more generally has weighed on energy production and worsened shortages,” he says.

When the pandemic started, fuel prices were at an all-time low because people were staying home and air travel was grounded. Now the cost of fuel is taking off again. “It’s supply and demand,” says Russell. “Production inventories are down, driving prices up. What use to be .50 cents last year is now .90 cents on the rack rate. But your retail costs are even higher as you see at the pumps. As an oil producing country, we shouldn’t be paying as high as we are.”

There is also a shortage in engine oil, diesel exhaust fluid and hydraulic oils, Russell adds.

“A lot of this has to do with the storm that hit Texas last year – it shut down a lot of refineries. That has impacted the market today where we’re facing allocation issues. Instead of being able to get 1,000 litres per month, you’re only getting 600 or 700 litres. So, you’re running short and that impacts our ability to service our trucks here at Miller Waste,” he says. “At first the shortages were tied to consumer-packaged material, but now it’s impacting bulk purchases.”

The other major storyline in this ongoing fiasco is maritime shipping, which is impacting several goods industries. “The abrupt shutdown in 2020, and equally shocking bounce-back in demand for goods, has resulted in a dearth in shipping containers in parts of the world where they were needed. Shipping prices have skyrocketed roughly seven-fold since January 2020,” says Andrew Hencic, an economist with TD.

“Compounding that, the surge in demand for goods has meant maritime trade from China to the West Coast of the US has boomed, while port capacity has been slow to catch up. The end result is a queue of ships stuck waiting to unload cargo at major ports. The icing on this proverbial cake is that even when the containers are offloaded, a lack of drivers means that getting the cargo out is taking longer.”

Russell agrees, “What used to cost $2,000 for a 20-foot container, now costs $22,000 to $25,000. This huge impact on the global ocean freight is making things cost prohibitive to import. Not only that, but you have longer lead times – what took up to 26 days for vessels to get from Asia to Vancouver is now taking up to three months. And then your ports are heavily congested, just adding to the delay.”

Rod Sherkin, president of ProPurchaser.com, says that what you’re seeing when prices go up
or down, it isn’t actually moving. It’s a balance point between supply and demand. Your job isn’t to try to outsmart the market. “It’s like an 800-pound gorilla that does what it wants. Your job
is to understand what’s happening. It’s critical to understand what’s happened to your suppliers’ cost since the last time you negotiated, and to make sure that you don’t overpay.”

Ensure that any cost increase is supportable and reasonable. “Don’t stop watching the cost of raw materials. Your supplier is and will call you the moment they can raise the price,” says Sherkin. “If it’s supportable, great. If not, you push back until you get a reasonable price. On the flip side, everything fluctuates. If the cost of a raw material goes down, you’re on the phone this time. Perhaps you’re removed from this as you’re buying finished parts and not tracking commodity prices. But you should be, because that has such a huge bearing on how much you’re going to pay and how you’re going to negotiate.”

Additional suppliers
If a supplier continues to escalate costs, having alternative sources for critical components is key. “That comes down to your supply chain risk mitigation plan,” says Russell. “Years ago, a basic practice was to rationalize the supply by reducing the number of suppliers in a given commodity – today we’re adding additional suppliers for continuity of supply and market knowledge.

For operations that were primarily importing, they are now looking to source domestically
in the Canada and North America market.

Now you have to find someone producing what you need domestically and then you might have to factor in a higher cost.”

Thirion recommends shifting focus to what KPMG calls customer centricity. “What the customer buys, how they buy and how they expect to be served. Create a micro supply chain around the customer, not the profit.”

Thirion continues, “Before COVID, procurement teams would have their demand plan well documented, using historical data to figure out the procurement and operational plan. What organizations are doing today is using real-time data points to enrich the demand plan. This is called intelligent forecasting. For example, how many kids are going back to school? How many stores are open? How many jobs are available, et cetera? You have thousands of data points that can be accessed, combined and re-correlated to enrich and add further accuracy to your forecast because your historical forecast is no longer the one you can rely on. Rising commodity costs is certainly a challenge, but there are other things that need to be taken into consideration. And you can’t just pass the cost to the customer.”

In terms of what’s to come, Omar Abdelrahman, an economist with TD, anticipates that commodity prices will remain elevated in the near term before gradually downshifting in 2022. Still, prices will likely stay above pre-pandemic levels. “The near-term outlook continues to be propped up by uncertainty regarding energy supply and weather patterns. Beyond the near term, anticipated supply additions in 2022 should take some steam off markets.”