The air cargo industry in the age of COVID-19

A few decades ago, air cargo, along with ocean containers, became one of the enablers of globalization, as more and more products were exported and imported internationally: industrial goods, consumer goods, high value merchandise, spare parts, perishables, fashion, you name it. Originally, passenger aircrafts carried this cargo in their bellies, together with baggage. Then pure cargo aircrafts were developed, the most popular being the Boeing 747, which, although production is now being phased-out, is still considered the “queen of the skies” for cargo, thanks to its ample payload (almost 140 tons) and ease of loading (side-loading and nose-loading). 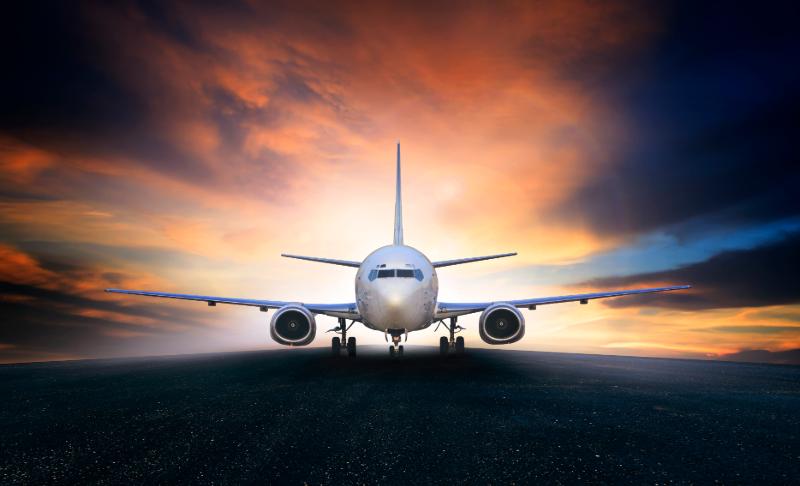 These planes carry cargo both on the upper deck (or main deck) and on the lower deck (the belly). Combi aircrafts, which have a partition permitting the transport of a mixed load of passengers and freight on the upper deck, became popular in the 70s and 80s, and still do for remote destinations. The air cargo market had grown steadily and without overcapacity issues, up to the 2008 financial crisis.

The 2008 collapse of the subprime mortgage market in the US, Lehman Brothers’ demise and the global financial crisis put the air transport industry on its head. IATA, the International Air Trans-
port Association, estimated that the industry saw a US$280-billion loss of revenue over the decade.

Air cargo was particularly impacted, as many companies cut transportation budgets and switched to slower (and cheaper) transport modes when possible. Improved controlled-atmosphere ocean containers also began to attract more perishable commodities that may otherwise have stayed with air cargo. IATA pinned at 22 per cent the decline in freight tonne kilometers during the global financial crisis and airfreight volumes were still feeling the effect 10 years later. The downturn in passenger demand was not as deep, so airlines began to focus more on passengers than on freight. Many carriers phased-out their freighter or combi equipment then, to carry cargo only in the bellies and this trend continues today.

During previous crisis like the SARS outbreak in 2003, which had a devastating impact on Southeast Asia, the air transport industry had recovered relatively quickly. Until the coronavirus crisis, one of the main challenges the industry faced was the “trade war” between the US and China. The impact of this on air cargo, combined with slowing economies and rising political uncertainties, brought down demand, particularly in the Asia-Pacific region but also elsewhere. For example, in August 2019, air freight volumes were down 3.9 per cent, marking the tenth consecutive month of year-on-year decline, the longest period since the 2008 global financial crisis.

While this was happening to traditional air cargo, e-commerce growth reshuffled the cards, first for the benefit of integrators like DHL, FedEx, UPS and others, who made it possible for online trade to prosper. Then Amazon invested in cargo planes and to start handling their own shipments, competing against those integrators. As air cargo became essential to e-commerce, the industry fragmented between the traditional airlines focusing mainly on passengers, pure cargo airlines and integrators. This was coupled with industry consolidation in each sector.

Rough skies
Then came the coronavirus crisis. Covid-19 and the virus responsible for the 2019-2020 pandemic originated in Wuhan, Hubei Province, China. It was first detected on November 17 2019. The information was suppressed and the situation recognized only in January 2020.

Economic activities and the daily life of millions are affected, as are governments, companies, businesses, manufacturers, wholesalers, retailers and all their supply chain partners, carriers and service providers. Aviation had undoubtedly been one of the sectors most impacted, as we have witnessed borders and air spaces closed on short notice, flights drastically reduced or cancelled. Many airlines have grounded planes and laid off staff, not just as an immediate cost saving measure but by force, since people are not flying anymore. Cargo flights are not affected the same way and in principle, they continue to operate normally. But since about 50 per cent of air cargo worldwide is carried in the belly of passenger planes, shippers of air cargo are hugely impacted by this situation.

What is the likely outcome of all this and how can we try to mitigate our losses? As fewer options become available, prices shoot up and it’s not clear what tomorrow will look like or how this will play out. Many airlines could go out of business if governments don’t bail them out. Europe’s largest regional airline, Flybe of the UK, went under in early March. Will governments have the means of keeping airlines afloat until the pandemic is under control and economic activity starts again? Or will this result in a reshuffle, with established airlines disappearing and new ones popping up, like Google Air or Facebook Air, maybe the only businesses that still have lots of money?

On a more serious note, we will likely get clues from China. Economic activity there is slowly getting back to normal, while we are just beginning to experience the crisis, so it’s fair to say that they will be two to three months ahead of us and we can learn from this. In the meantime, for companies to prepare for the “day after,” several strategies will likely emerge. Reshoring or nearshoring will likely be one of them, as shorter supply chains, by definition, are less risky and more resilient. Partnering with suppliers, to keep stock closer, although not a new concept and used in many industries, will gain importance. Alliances with several freight forwarders and service providers who have enough clout and access to space, will be an important element too. Lastly, integrators could be the ones playing a big role in the future, since they have huge fleets of cargo planes that will be ready to take off and fly our cargo in the post-coronavirus world.