Why blockchain is critical to supply chain transformation

From the April 2019 print edition

To say that business is undergoing significant change in the 21st Century does not do justice to the chaotic upheaval and breakneck speed that freight forwarders must fight to keep abreast of in an already hectic industry. 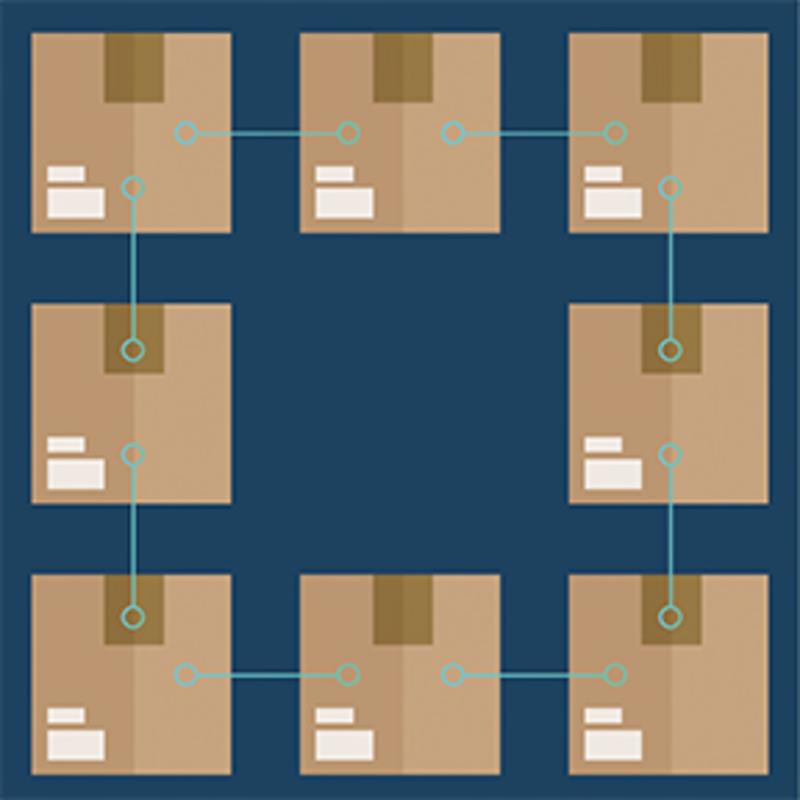 In many cases, technology is presented as one way to manage the burgeoning demand, embodied in automation, artificial intelligence, machine learning, biometrics, blockchain, and the Internet of Things (IoT). However, at first, these technologies can contribute to the confusion as businesses strive to understand, implement and benefit from them. Perhaps none of these technologies brings as much potential, yet sows as much confusion, as distributed ledger technology, commonly referred to as blockchain.

Few would argue that the use of blockchain presents a unique opportunity to help the cargo industry address their IoT data shortcomings. Blockchain is quickly becoming a recognized game changer for the supply chain. The attraction is readily apparent. A blockchain, by its very nature, is:

Key considerations
There are two core considerations that are required for blockchain to succeed. First, whereas blockchains in the financial market tend to be public blockchains that anyone can join and access, those in the supply chain should be private and permission-based, where only sanctioned members would have access to the data.

Second, consider that disruptive technologies like IoT can enable warehouse data and shipment information to be accessed on smartphones or tablets in real-time. Real-time updates mean that data is always current, eliminating confusion and redundancies. The blockchain should therefore rely on effective serialization coupled with IoT sensors to track product shipments throughout their journey. These sensors can record any desired data: location, time, temperature, oxidation and more.

Since every piece of data on a blockchain is recorded in real time, shippers can deliver instant tracking capabilities compared to the more manual, paper-based processes of the past, in which the need for time-consuming research, emails and faxes between the manufacturer and the vendors after an incident would occur. With blockchain, all that is necessary is to look up a serial number and the entire chain of custody and all related product data is instantly available.
Greater visibility afforded by IoT also means misplaced shipments can be more easily located by accessing the last known location in the system. All this enables carriers to provide better, faster service to customers and more cost-effective solutions for supply chains.

It is no secret that blockchain is indeed poised to disrupt the supply chain as we know it. The key to future success for freight forwarders lies in embracing these next-generation disruptive technologies like IoT and securing it with blockchain solutions in order to move forward into the digital realm.

Incorporating blockchain
With such an array of benefits, it can be tempting to assume that blockchain can and should be used for anything and everything. Strategizing your use of blockchain, however, is crucial. If you have processes that are performing well for you, there may be no need to replace them with blockchain technology. Trust what is working.

Some of the areas where blockchain has been demonstrated to deliver value include:

Not surprisingly, blockchain holds significant promise for IoT, where it can record data from countless devices, sensors and other endpoints. Similarly, Blockchain enables “smart contracts”—self-executing contracts with the terms of the agreement between buyer and seller directly written into lines of code. In doing so, contract participants can come to a common agreement on what defines a successful transaction and then execute when agreed upon metrics are met.

When looking to begin your blockchain initiative, it is best to start small. Identify a project that will generate a return on investment in the shortest amount of time. An eight-to-12-week engagement that proves the ability of blockchain to solve a key tactical or strategic issue is appropriate for a proof of concept (POC). This allows you to become comfortable and familiar with the technology and delivers a “win” for your business without committing too much in the way of time and resources. A successful POC can be expanded into the pilot phase in which the system is iteratively improved upon to ensure that it continues to deliver value.

Another key consideration when deciding whether or not to implement a blockchain platform is the long-term ramifications that this may have on the relationships that IT must create in order to be successful. As an example, the implementation of smart contracts may require the advice of the legal team to ensure that the technology meets federal and international law. Also, moving from a centralized to a decentralized system will bring with it the need to rewrite governing processes that could impact workflow and supporting infrastructure.

Blockchain is poised to disrupt the global supply chain as we know it. The hurdles can and will be overcome, though it will take the consolidated effort and cooperation of stakeholders across the supply chain—beyond the IT expertise required to address the complex programming involved.