By Jordan Omstead THE CANADIAN PRESS On Nov 21, 2022
Share

A large supply of foreign-sourced children’s fever and pain medication is expected to start showing up on retail shelves next week, but a pharmacy leader cautions it will likely only put a “small dent” in the nationwide shortage. 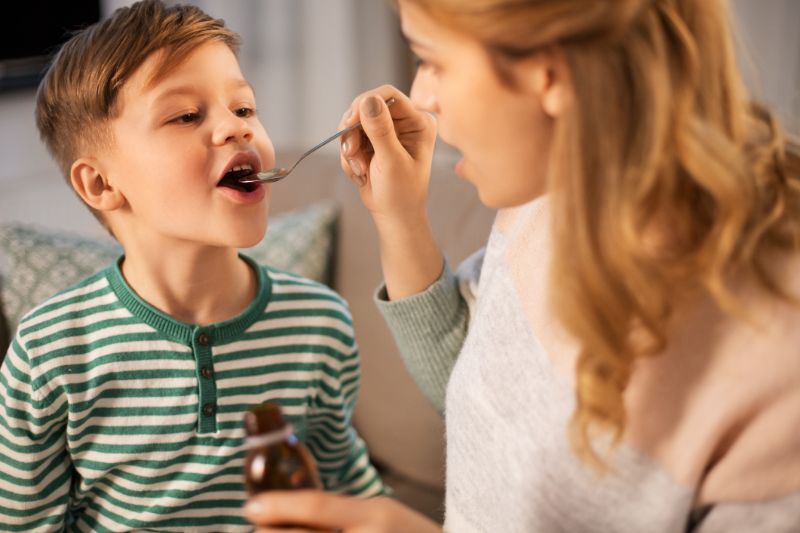 One million bottles of the children’s medication will have been distributed to hospitals, pharmacies and retailers after next week, Health Canada officials said during a media briefing Friday.

“The initial supplies, including that one million bottles, is of acetaminophen for children and those are the products that are destined for the pharmacies and the retailers,” said Chief Medical Adviser Dr. Supriya Sharma.

Hospital, pharmacies and parents with sick kids have been grappling with a shortage of children’s Tylenol and Advil since spring, exacerbated by the early arrival of influenza and respiratory syncytial virus along with the ongoing COVID-19 pandemic.

Hospitals have reported surges in the number of kids admitted to emergency and intensive care units. Canada’s largest paediatric health centre, the Hospital for Sick Children in Toronto, said last week it was reducing surgeries to preserve its critical care capacity after reporting its ICU had been well above capacity for several days.

Sharma did not provide a specific breakdown of where those bottles are coming from and where they will be distributed. But she said hospital supply “seems to be quite stable now.”

She said production of children’s acetaminophen and ibuprofen is double what it was last year, but demand is still outstripping supply.

Ontario Pharmacists Association CEO Justin Bates said the advocacy group welcomed the step, though he called the delivery timeline “ambitious” and casted doubt on whether the supply would be sufficient.

Heading into what is typically peak flu season, Bates said one million bottles “puts a small dent” in the “demand we’re continuing to see.”

“It’s not going to last long when you think about the fact that we have that triple threat of people getting respiratory illnesses,” Bates said.

Sharma said Health Canada approved three proposals to import foreign product and the supply has already started to arrive in the country. That move was “always on the table,” but it’s been taken up with urgency since the late summer and early fall, she said.

Health Canada regularly uses its power to temporarily authorize imports of drugs labelled for a foreign market to help prevent or ease shortages.

“The product that’s coming in, just to say, for these first shipments, is actually very similar, almost exactly the same as the product that’s already authorized in Canada in terms of in formulation,” Sharma said.

Health Canada said it would update the list of authorized imports with the recent approvals early next week, and launched a web page dedicated to the children’s acetaminophen and ibuprofen shortages.

The arrival of new shipments came as a relief to some parents with young children who for months have been anxiously met by empty pharmacy shelves and have had to jump through hoops to purchase the hard-to-find medication.

“My gut reaction is, it’s about time. And is that even enough? Because everybody’s kids are home all the time ” said Kelly O’Dwyer-Manuel, a mother to two young boys, aged 2 and 6, in Peterborough, Ont.

“I’m glad that there’s something but, man, that took them a long time to get there.”

Since early September, either one or both of O’Dwyer-Manuel’s young sons have been at home sick at least once a week, she said. She bought boxes of ibuprofen at a markup online and had them shipped from the US.

Despite the foreign supply set to soon arrive in Canada, O’Dwyer-Manuel said she expects to eventually rely on the goodwill of colleagues south of the border, who have offered to send her medication.

“It would be nice to see some concrete plans from leaders at all levels of government,” she said. “The burden on parents is pretty extraordinary.”

“We’ll see what happens in terms of the supply that goes out there, how quickly it’s been taken up, what the supply situation is, then we continually reassess that.”

There are 10 domestic manufacturers of acetaminophen and ibuprofen making 31 different products, according to health officials. But of those, only two make the active pharmaceutical ingredients in the drug, with the rest sourced internationally.

Health Canada said it was also considering foreign-sourced supply as part of its efforts to ease a shortage of some formulations of amoxicillin, an antibiotic frequently used to treat children with ear infections, bronchitis and pneumonia.

Bates said Canada appears to be “on the brink” of another “very significant shortage” with amoxicillin. He said he expects demand to increase, in part since the viral infections surging now can up the risk of bacterial infections that amoxicillin is used to treat.

“I find that to be an unacceptable situation for a country like Canada to be on the brink of a significant shortage and not have proactive planning,” he said. “We’re going to be in a reactionary mode and when it comes down to things like children getting infected, I find that quite serious.”