By Jordan Press THE CANADIAN PRESS On Dec 2, 2019
Share

OTTAWA — Mexico’s point man on the new North American free-trade agreement shed some light on the remaining impediments to finalizing the deal by end of year — suggesting everyone could be shaking hands by next week if there’s enough political will. 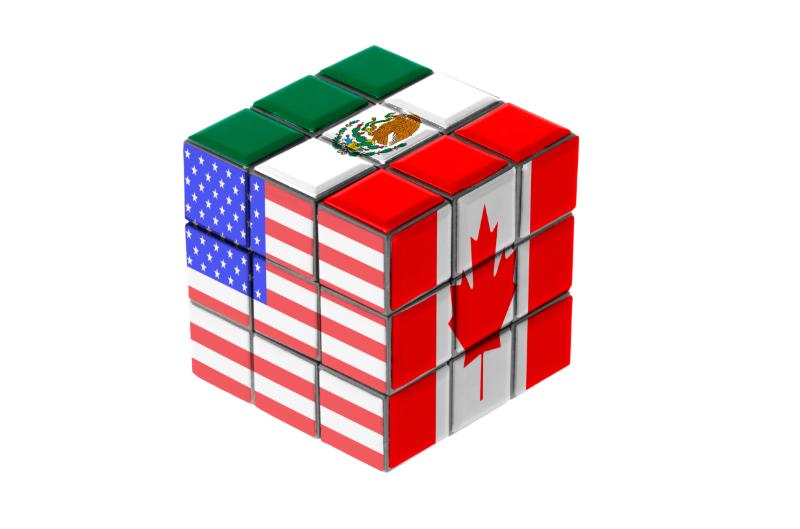 Jesus Seade, the Mexican undersecretary for North America, said he expects the deal to cross the finish line soon, but noted the short time left for Congress to go through the approval process when it still hasn’t taken the first step towards ratification.

Congressional leaders have only three weeks left in their legislative calendar before they disperse until 2020 and their focus shifts to next fall’s presidential election. And looming over Congress is a Democrat-driven impeachment inquiry into President Donald Trump.

American officials had talked about finalizing a deal by US Thanksgiving, which was November 28. On November 27, Deputy Prime Minister Chrystia Freeland, who oversees negotiations for this country, flew to Washington in a bid to find a bipartisan solution to the stalled ratification process.

She also met with Seade on November 29 in Ottawa to find a way forward.

“It’s more important to get the right treaty than a quick treaty,” Seade said at a news conference at the Mexican embassy after wrapping up meetings.

“If there are difficulties, we’ll deal with the issues, but if the amendments suggested are fine, are acceptable, are improvements, then there’s no reason why we should not be shaking hands next week.”

Talks have intensified lately to get the deal approved with only a few weeks left in the calendar year for the US Congress to ratify the agreement — a timeline Nancy Pelosi, the US House of Representatives speaker, has publicly discussed.

But standing in the way have been concerns from Pelosi’s fellow Democrats over labour and environmental standards, prompting their push for stricter enforcement measures. Democrats want to give the deal more reach to prevent manufacturing and automotive companies from relocating factories to Mexico, where they could pay employees far less, although Seade argued Mexico has “all the resources necessary” to enforce labour standards.

Still, Seade called their concerns “valid” during brief remarks alongside Prime Minister Justin Trudeau during a morning meeting, adding that most of the issues are improvements the three sides agree on.

All three countries have signed the United States-Mexico-Canada Agreement, but it has to be ratified by their legislatures before it takes effect.

So far, only Mexico has taken that step.

Most of the trouble is between the United States and Mexico, but Canada can play a role in smoothing things out, such as by helping Mexico adopt Canadian-style systems for certifying unions.

How that might work is through a side agreement to the deal, since Canada maintains the core text of the pact isn’t open to further negotiations.

Trudeau for his part said that Canada “is extremely supportive of Mexico’s steps towards labour reforms.”

Seade said it was only in the last few days that the three countries had draft texts of these side deals to look over.

One would create a dispute-resolution mechanism tied to labour provisions in the deal, which Seade said would provide a reliable mechanism to settle disagreements without the ability of one country to block. He also said it would prevent the need for “Lone Ranger” inspectors to be parachuted into Mexican facilities to check for violations — a red line for the Mexican government.

Seade also said there will be some accommodation on expiry dates on patents for some pharmaceuticals, which Mexican and Canadian negotiators feel is too long before cheaper, generic versions can come onto the market.

“If there’s any change on that, it would be in the direction of getting closer to the Canadian and Mexican position,” he said without going into detail.