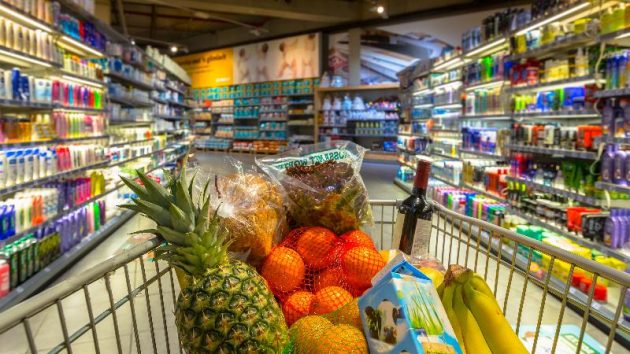 The CEOs of three of Canada’s major grocery chains doubled down on their expectation that food prices will soon rise at their stores.
Recent cost pressures on the industry, including rising minimum wages in some provinces, increased fuel and transportation costs and an ongoing trade war with the U.S., will soon result in some price inflation, said the chief executives of Metro Inc., Loblaw Companies Ltd. and Empire Co. Tuesday at Scotiabank’s back-to-school conference in Toronto.
Metro CEO Eric La Fleche said consumers should eventually see a return to more normal inflation levels.
“Exactly when and how—it’s all about competitive dynamics. Everybody is competitive. Nobody wants to lose any share. So, let’s see how things play out,” he said.
Metro is starting to see some price inflation already, La Fleche said.
He explained that the cost pressures have been building over the past year, beginning with Ontario’s minimum wage hike from $11.60 to $14 an hour on Jan. 1, followed by rising fuel and transportation costs.
Then came the Canadian government’s retaliatory tariffs on July 1 on a wide range of American products, including coffee, maple syrup, salad dressing and other foods.
“Now, we’re having a—what I would describe it as—a tsunami of tariff-related request for cost increases from our supplier partners,” said Michael Medline, Empire’s CEO.
The company, which is the parent to grocery chain Sobeys Inc., held off on raising prices for some time, he said, but is now reviewing these tariff-related costs.
Empire will pass the extra costs on to consumers where it makes sense in the market, he said, adding it will be careful not to give away any market share.
“We don’t like to pass on cost, but there’s no way you can avoid it with the inflationary pressures that we are now seeing.”
Price increases are likely to be moderate in a historical sense, said Loblaw CEO Galen Weston.
He predicted food inflation of one- to 1.5-per cent, which he said is in the normal range as opposed to higher range in the five to six per cent level.
“We don’t yet see it moving into the mid-single digit levels… We don’t think it is likely to do that.”
The chief executives also outlined their respective plans to grow their e-commerce business, specifically home delivery. Canada’s grocers have been slow to offer delivery, but ramped up their efforts after Amazon acquired Whole Foods Market last year.
Metro already offers home delivery from seven stores in Quebec, which serves about 60 per cent of the province’s population, said La Fleche.
It will start offering the service in Ontario in 2019, he said, but did not provide details on specific locations.
The company relies on its existing assets to fulfil orders rather than partnering with a third-party like its competitors have chosen to do.
“We’re going to e-commerce with a prudent approach,”” said La Fleche, adding the company is scaling up and the company may consider using a dedicated facility if it reaches a certain level—but it’s not there yet.
Empire, on the other hand, decided to partner with British firm Ocado to build a fulfillment centre in the Greater Toronto Area that will be fully operational by the spring of 2020. The centre will house Ocado’s signature robotics that can fulfil customer orders within minutes.
Empire offers home delivery in Quebec and learned that their solution there is not scalable, Medline said, adding the company is excited that Ocado’s solution eliminates some logistical issues and is profitable.
Loblaw also partnered with another company to offer home delivery, opting for California-based Instacart, but chose to do so in a quicker fashion. Customers in 17 cities can now use the Instacart app to order groceries for delivery from Loblaw.
“Our view today is that rapid expansion and customer acquisition is the second most important thing to do in the first innings of the e-commerce online grocery world,” Weston said.