By Ross Marowits THE CANADIAN PRESS On Nov 17, 2021
Share

Canada’s two largest railways expect it will take another couple of days before their main lines in southern British Columbia reopen after service was cut by torrential rain, rock slides and mudslides that caused at least one partial derailment. 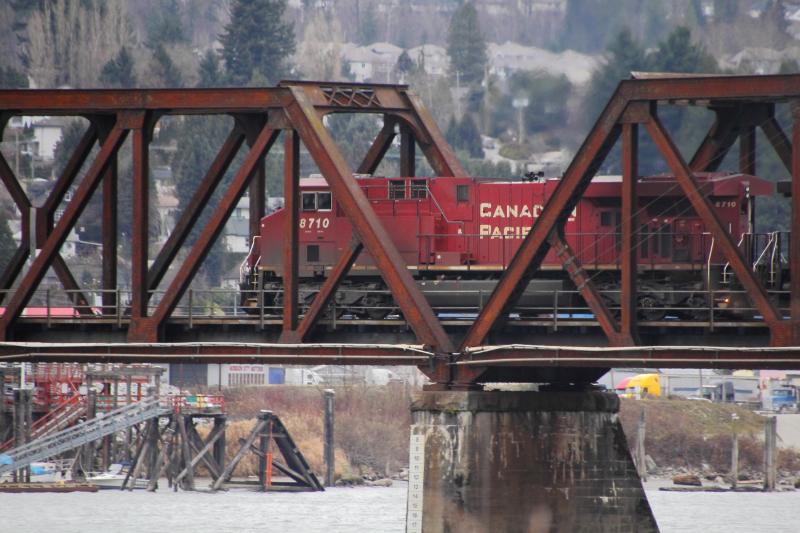 Montreal-based Canadian National Railway Co. says it is experiencing mudslides and washouts near Yale, BC, and one partial derailment on a CP-owned track.

“We’ve had the railroad out of service getting to Vancouver since Sunday afternoon. Quite frankly, we’ll probably be out a couple more days,” he told a transportation conference.

The track outages are hampering the movement of goods to and from the country’s largest port in Vancouver, at the same time as global supply chains are facing challenges that have led to shortages.

The Vancouver Fraser Port authority says both railways “have indicated that no rail traffic is currently able to travel from Kamloops to Vancouver.” However, the port in Prince Rupert says it is not affected by the weather event.

Canadian Pacific Railway Ltd. says the company is experiencing a track outage north of Hope, BC, that is affecting rail service in the region.

“It basically has our main line shut down, frankly just about all land access shut down in that region,” he told the conference.

“Certainly that western corridor is our life bread of the railroad so just about all commodities to some extent flow through that,” Brooks said pointing to specifically to grain and potash.

He said CP is working with customers to find alternative markets or directions to send the grain. It is also working with Canpotex Ltd. to shift potash volumes to Portland, Ore., for export.

“It’s too early to tell what the ultimate impacts are but they will get that mainline open as soon as we physically can and we’ll be ready with our customers, we’ll be ready as an operating team to get that freight back moving certainly as quickly as we can.”

Mudslides precipitated by heavy rain come less than five months after railcars were idled by wildfires that delayed both exports and imports.

Enbridge Inc. and Teck Resources Ltd. say they were also impacted by the extreme weather.

The energy company shut down a 30-inch segment of a natural gas pipeline in the Coquihalla River Valley on Tuesday morning, said Enbridge spokesperson Tracy Larsson in an email.

The precautionary measure was triggered by heavy rainfall and rising river flows.

The company’s 36-inch natural gas pipeline remains in operation, but Larsson said, “We are continuing to monitor the situation and will take further action should it become necessary.”

Teck said its logistics chain between west coast terminals and BC operations has been temporarily disrupted due to heavy rain, flooding and mudslides.

The Vancouver-based mining company said it has implemented measures to mitigate the effect by diverting some trains to Ridley Terminals in Prince Rupert.

It said the overall impact and any potential effect on fourth-quarter sales will be dependent on the duration of the disruption, adding that production at its operations has not been impacted at this time.