By Jake Bleiberg THE ASSOCIATED PRESS On Mar 29, 2019
Share

DALLAS—The Houston Ship Channel has been reopened for daytime traffic after flammable chemicals from a nearby petrochemical storage facility seeped into one of America’s busiest shipping lanes following a fire, the U.S. Coast Guard announced Wednesday. 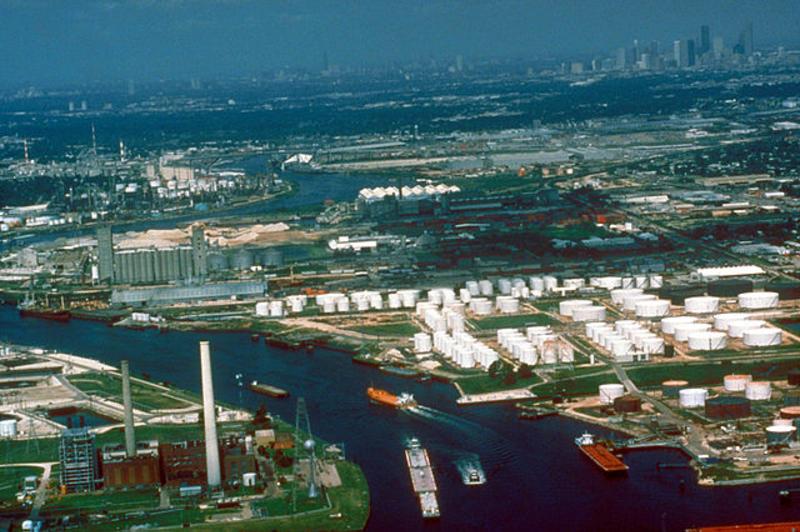 The previously closed portion of the commercial waterway will operate during the day but will close at night, Capt. Richard Howes said during a morning press conference. Ships are being instructed to pass slowly through the channel and will continue to be inspected for chemicals on their hulls.

Part of the channel was closed after a fire erupted on March 17 at the Intercontinental Terminals Company in Deer Park. The blaze burned for days in the city just east of Houston and triggered air quality warnings that prompted school closures.

A dike adjacent to the facility then failed, allowing an unknown volume of chemicals to seep into nearby bayous and then the ship channel.

The channel’s partial closure has caused backups in marine traffic outside Houston’s busy port. As of Wednesday morning, there were 103 vessels waiting to enter compared to the usual 50, Howes said.

The closure could cause an economic impact of up to $1 billion in direct and indirect costs, Maria Burns, director of the University of Houston’s logistics and transportation program, told the Houston Chronicle .

It’s unclear when the channel will be fully operational, though local officials said they were making progress in addressing the fallout from the fire. More than 100 large ships and smaller vessels passed through the channel on Tuesday, with only one requiring cleaning to remove chemical residue from its hull, Howes said.

About 5 miles (8 kilometres) of waterway have been pocketed by oil from the spill, and crews have pumped some 16,000 barrels of oily water out of the channel, said Adam Adams, the U.S. Environmental Protection Agency’s on-site co-ordinator.

As of Tuesday, the EPA had counted 14 dead fish and a dead turtle in the affected area, Adams said.

All the storage tanks that held a gasoline component—which contains concentrations of the carcinogen benzene—have now been emptied, said Brent Weber, a senior vice-president for. Other tanks continue to leak into a containment area.

Weber declined to comment on lawsuits filed against ITC over the fire. Texas Attorney General Ken Paxton, Harris County and area residents are all suing the company alleging the blaze caused environmental damage and health problems.

Judge says railroad talks should be included in lawsuits