OTTAWA — A high-profile announcement by the Liberals this week that automotive giant General Motors would make 10 million medical masks omitted a detail that speaks to the long road ahead in Canada’s fight against COVID-19. 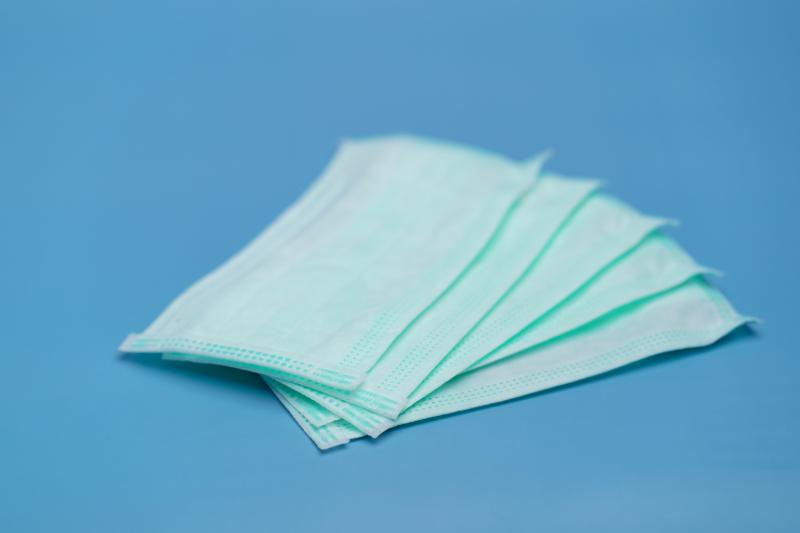 Those masks will be made over the next year.

So too will much of the millions of gloves, gowns, and litres of hand sanitizer that are part of the federal government’s bulk buy of crucial personal protective gear needed to help slow the spread of COVID-19.

Though goods are being handed out as soon as they do arrive in Canada — 42 plane loads to date, the government said this week — the reality is many of the orders being placed won’t meet the demand created by the current outbreak of COVID-19.

But the bigger issue is the next one.

“The analysis is that there is an unpredictability about the way in which the virus may spread in the coming months,” said federal procurement minister Anita Anand in an interview with The Canadian Press this week. “As a result our approach has been to order supplies over and above the requests of the provinces and territories so that if there is a second wave and we do need ventilators, for example, we are prepared.”

At the outset of the pandemic’s arrival in Canada, the issue of how many ventilators Canada had was of pressing concern.

Hospitals and the public watched in horror as shortages in other countries of the key piece of equipment needed to treat the most severe form of the illness had devastating results.

It was then, back in mid-March, that public health officials and governments began locking down Canada, asking people to stay home to curb the spread of COVID-19 and buy time for Canada’s health care system to get ready for an expected major wave here.

Hospitals, provinces and the federal government scrambled to order the equipment. Nearly 30,000 ventilators were ordered by Ottawa alone, but only 203 have arrived so far.

At the same time, shortages of other pieces of protective gear are being blamed for disastrous outbreaks at the country’s long-term care homes.

Soldiers working in Ontario homes documented how staff underused or misused supplies, in part because of scarcity and cost.

The question then becomes — at what point will Canada have enough?

An Ottawa-based firm has estimated demand for disposable masks alone will be upwards of 3.3 billion over the next year.

The Conservatives says the Liberals need to be clearer with the details of how much they are buying and from where.

They point out that the government has slashed its orders for the number of N95 masks — a crucial piece of equipment for health care workers — three times.

The issue, it eventually emerged, was a supplier in China who had sold millions of masks later determined not to be up to Canadian standards.

“The Liberals are clearly having issues when it comes to procuring personal protective equipment (PPE) and are not being transparent with Canadians,” procurement critic Kelly Block said in an email.

Anand said Tuesday that hundreds of thousands of new masks have since arrived and quality assurance reviews have been bolstered.

That’s where the second piece of the procurement puzzle falls into place — ramping up the made-in-Canada supply.

Shortages have exposed holes in Canada’s supply chain that the government is trying to fill by encouraging local industry to pivot to make everything from the finished products to the raw materials required.

Over 6,300 Canadians companies have knocked on the door of the federal government offering to help produce COVID-19 related goods, Innovation Minister Navdeep Bains said in an interview.

Over 700 have since retooled or scaled up to build personal protective equipment.

Anand said ensuring that long-term capacity is reflected in long-term contracts. Last Friday, one was announced with Montreal-based Medicom to provide 20 million N95 respirator masks and 24 million surgical masks per year for the next 10 years.

But for those companies who’ve chosen to pivot into the COVID-19 supply business, there are questions about how long they’ll continue the work.

Dairy Distillery, based in Almonte, Ont., temporarily stopped production on a line of vodka made from unused milk sugar from dairy farms, switching entirely to making hand sanitizer.

In the early days of the pandemic, said company founder Omid McDonald, they figured the big industrial companies would be the ones to retool and restructure.

But then they got a call from an Ottawa hospital with an urgent request for help.

“When your local hospital calls looking for sanitizer, your only answer is, ‘How much?”’

Eight weeks ago, McDonald thought it would be a short-term project. Demand for their vodka had dropped 40 per cent and getting into this line instead was good for morale and also useful.

Now there is an entirely new market that didn’t exist before, he said.

It takes him just a week to make the sanitizer, a turn-around time far faster than orders placed with big companies in Canada and abroad, he points out — a case if there ever was one for shoring up Canada’s local suppliers of these key COVID-19 products.

McDonald said while he’ll get back into making vodka, he doesn’t anticipate giving up on sanitizer, now having secured a secondary location that will allow production of both.

“People are going to look at anyone who continued to work during this crisis and make the best of it and they will remember that when this is done.”