CHICAGO — Hundreds of firefighters battled a blaze Thursday on Chicago’s West Side that engulfed an auto parts warehouse. 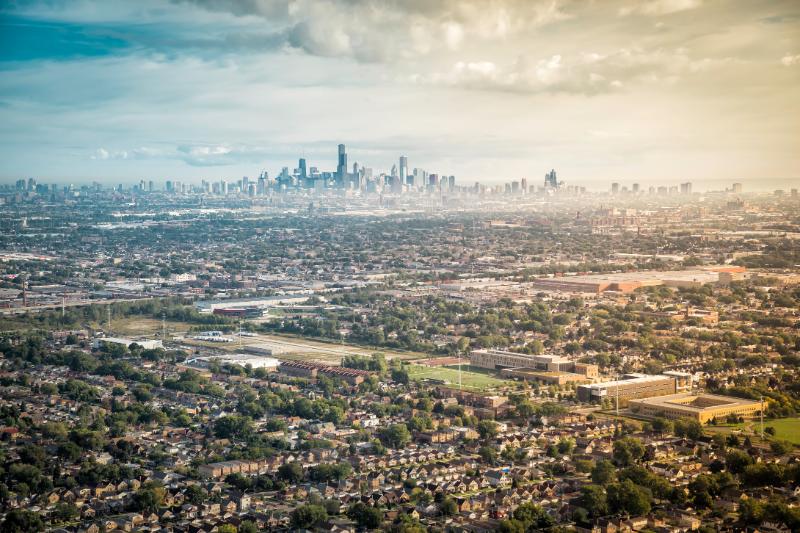 Crews were called to flames shooting through the roof of Best Value Auto Body Supply, Chicago Fire Department spokesman Larry Merritt said. The fire sent billows of black smoke that could be seen for miles.

Merritt said it was “fully engulfed” and damage was “extensive.” In fact, said Assistant Deputy Chicago Fire Commissioner for Operations Barry Garr, “When we pulled up there was 200 feet of fire going all the way down the block.”

More than 250 firefighters and 90 engines and trucks responded to the fire, which was reported before 9 a.m. and was considered a hazardous materials incident due to the material inside the building, Merritt said. Crews worked through large plumes of smoke and heavy flames for more than three hours, finally putting out the blaze shortly after noon, according to Merritt.

Extinguishing the blaze was made more difficult because there were seven collapses within the building as the fire tore through and ultimately caused the entire roof to collapse.

No injuries were reported, the department said. The building most likely will be demolished, Merritt said.

China’s auto sales rise in November, but down for the year