UNITED NATIONS (AP) — The centre coordinating shipping of desperately needed grain to world markets from Ukraine expects “a big uptick” in applications to pick up cargoes at Ukrainian ports in the near future, its interim coordinator said Wednesday. 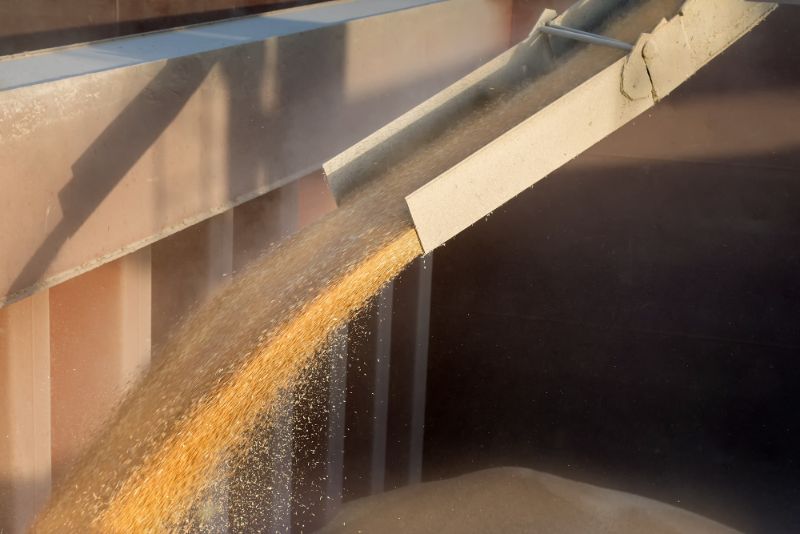 Frederick Kenney told a virtual news conference from Istanbul, where the Joint Coordination Center is located, that ship owners have shown “tremendous interest” in exporting grain from Ukraine — one of the world’s key breadbaskets — under the recent deal aimed at helping ease the global food crisis sparked by Russia’s Feb. 24 invasion of Ukraine.

The centre is receiving “literally dozens and dozens of phone calls every day and emails asking when can we get ready to go,” said Kenney, director of legal and external affairs at the International Maritime Organization and a retired US Coast Guard rear admiral and judge advocate who is leading the UN’s efforts at the centre to get grain shipped from three Ukrainian ports.

He said detailed procedures on shipping and inspections were sent out to the industry on Monday and their dissemination “is also going to drive a surge in requests, but it is early days.”

“We’re expecting to see a big uptick in applications for transit,” Kenney said. “Indeed, we’re aware that there are a number of empty grain vessels sitting at anchorage in Turkish anchorage areas waiting to arrange the contracts. And once they have their deals arranged they’ll be transiting northbound.”

Ukraine signed an agreement with Turkey and the UN on July 22 clearing the way for Ukraine to export 22 million tons of corn and other grain stuck at ports and in silos since the Russian invasion, and to make room for the export of the upcoming harvest. A separate memorandum between Russia and the UN signed the same day is aimed at clearing roadblocks to its shipments of food and fertilizer to world markets.

The Joint Coordination Center, which includes experts from Russia, Ukraine, Turkey and the UN, has so far authorized the departure of 12 vessels carrying over 370,000 metric tons of grain, mainly corn, and other foodstuffs and the arrival of four vessels to pick up new cargo, Kenney said.

He said its inspectors on Wednesday inspected three outbound ships and two inbound vessels — the most since the signing — for non-food items and unauthorized personnel.

Kenney said nothing unauthorized has been found in inspections so far, no floating mines have been encountered in the Black Sea shipping corridor, and the technical expertise of the four parties working at the center is “great” and really diverse.

Asked about relations among the parties, since Russia and Ukraine are at war, he said, “I’ve been extremely impressed with the level of cooperation and coordination that has been displayed.”

UN Secretary-General Antonio Guterres first raised the critical need to restart the supply of Ukraine’s agricultural production and Russia’s grain and fertilizer to world markets in late April during meetings with Russian President Vladimir Putin in Moscow and Ukraine’s President Volodymyr Zelenskyy in Kyiv. He then proposed a deal, pointing to fear that the war could worsen hunger for up to 181 million people, especially in poorer developing countries.

Asked about the initial shipments of Ukrainian corn going mainly to countries not in desperate need of food, Kenney said it’s crucial to get ships stuck in Ukrainian ports since Feb. 24 moving out so ships can be brought in to load cargoes “that will be destined for ports that will contribute to reducing world food insecurity.”

“But really, any ship that goes out is going to help the situation,” he said.

Over 100 commercial trucks off roads due to safety violations: Edmonton police